What happens when the one person who is meant to protect you, is the same one you need protection from? Set in the middle of winter, and filmed in Sudbury, Ontario, Canada, comes  the  new Thriller/Drama film Edge of Winter, starring Joel Kinnaman (Robocop 2014, Run All Night 2015) as Elliot Baker, a down on his luck father. Written by new comers Kyle Mann and Rob Connolly, who also directed, Edge of Winter hit select screens on August 2, 2016 via Vertical Entertainment. 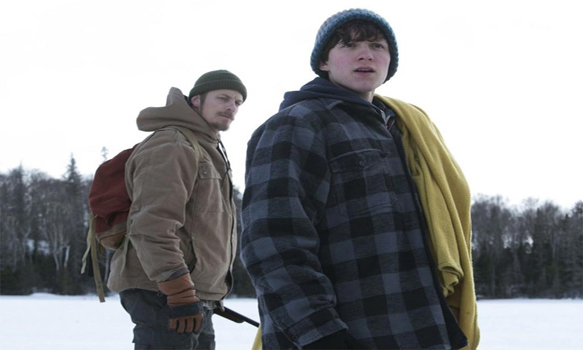 When Elliot’s ex-wife Karen (Rachelle Lefevre: Twilight series, Under the Dome 2013-2015) and her new husband Ted (Saving Hope 2015-2016, Inhuman Condition 2016) plan a cruise, Elliot uses the opportunity to reconnect with his two sons, Bradley (Tom Holland: Captain America: Civil War 2016, Spider-Man: Homecoming); 15, and Caleb (Percy Hynes White: Murdoch Mysteries 2014-2015, Between 2015-2016); 12. The boys arrive at Elliot’s house to find he has a broken arm, which he dismisses. The boys say goodbye to their mother and step father and Caleb finds a shot gun under the bed he will be sleeping in. Elliot initially gets angry, but then decides to show the boys how to shoot. Almost immediately, there are signs showing Elliot’s possible mental instability, and almost immature attitude to child rearing.

Elliot takes the boys out into the wilderness where he recently worked to practice shooting the shot gun undisturbed. He tells the boys the reason he broke his arm was during an altercation with his boss, and he had quit his job. Caleb enjoys the experience and time with Elliot, while Bradley gets frustrated and annoyed at his brother and father. When they have finished, Elliot allows Bradley to drive to make peace with him. Caleb kicks the back of the driver’s seat while Bradley’s driving, causing a car accident. This leaves the car un-drivable, and Elliot, Bradley, and Caleb must navigate through the woods at night in sub-zero temperatures in search of a hunter’s cabin. 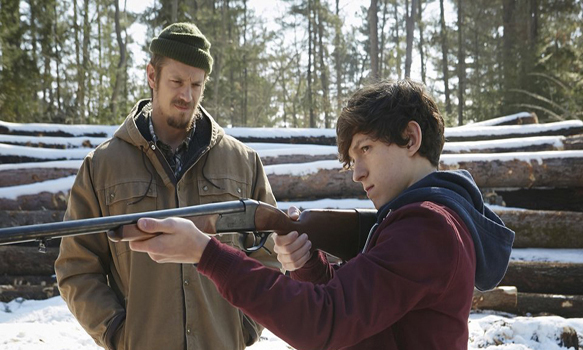 During the trip, Caleb and Bradely inform Elliot they are moving overseas with their mother and Ted in only a couple of months, which sends Elliot into an uncontrollable rage. By the time they arrive at the cabin, Elliot is in a fugue like state, which leaves Caleb and Bradley concerned for all of their well-beings. When two hunters; Richard (Shiloh Fernandez: Deadgirl 2008, Red Riding Hood 2011) and Luc (Rossif Sutherland: Haven 2015, Reign 2013-2015), who have been staying at the cabin, return after hunting, Elliot becomes convinced there is a conspiracy to take his boys away, with Richard and Luc in on it. Their arrival escalates Elliot’s unraveling and everyone in the cabin, including his sons, face danger. As the night draws on, Caleb and Bradley must band together to save themselves against their father, and a vicious winter night. 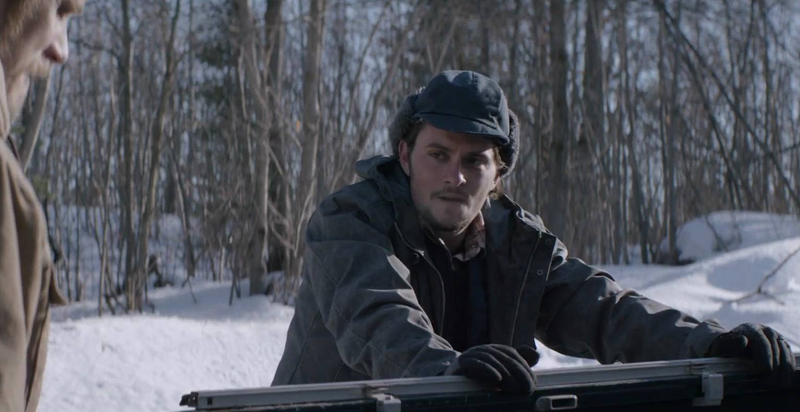 The acting by the small cast, dialogue, cinematography, and special effects are outstanding, particularly against the stark backdrop of a Canadian winter. However, despite a great deal of tension, build-up, and angst, the film falls flat overall. It does not quite deliver where it hints at from the beginning, leaving a lot of vague subplots and too many questions at the end. There is not enough background or character development blended into the story, and it is extremely difficult to connect or feel any empathy with any of the characters. The violence is so graphic from Elliot when it happens, but without any real buildup, it is hard to reconcile in the viewers’ minds. A subtle Thriller with a solid base and plenty of promise, it lacks a bit of a punch. As a result, CrypticRock gives Edge of Winter 3 out of 5. 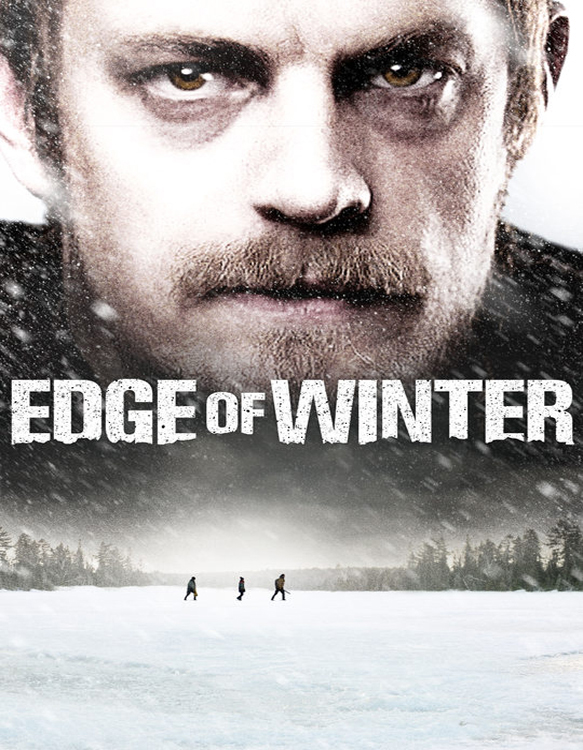 Rent Edge of Winter on Amazon