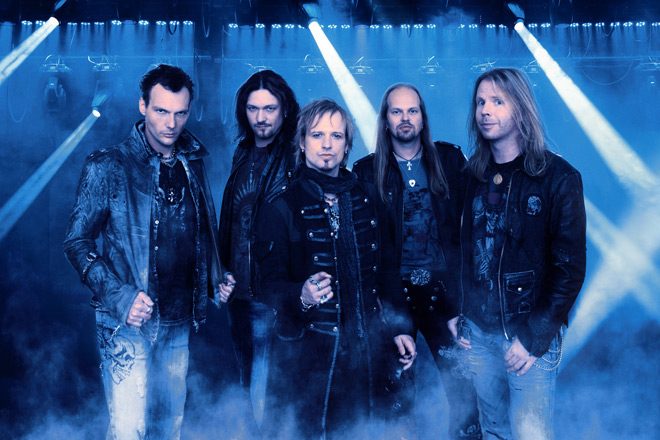 Celebrating their 25th anniversary, Fulda, Germany’s Edguy have released a new album of old hits and new ones. The new compilation album, Monuments, consists of 22 songs from the band’s catalog and five new tracks, including a never-before-released song “Reborn In The Waste.” With a history of making memorable Metal, Edguy celebrates a quarter-century with a collection of tunes representative of their past and their future. Fronted by Tobi Sammet on vocals, Edguy’s Monuments is a journey through time into the here and now led by power riffs and driving percussion.

Released on July 14, 2017 via Nuclear Blast, jumpstarting Monuments is the sharp and powerful “Ravenblack,” one of the new songs written for the album. Sammet’s vocals pierce the track, delivering classic Metal vocals fans have come to know and love. There is something sweeping and entrancing about this song that makes you want to sing along before even knowing the words. It offers impressive riffs and rolling drums that shake the dust off your eardrums and forces the listener to pay attention. The energy is infectious.

For those looking for something to rock out to, then “Wrestle the Devil” might be the track for them. Presenting classic Metal riffs and energetic composition, Sammet’s challenge to take on the Prince of Darkness will likely make the list of many listeners’ favorite hype songs. Want to feel like you can take on the world? Ready to kick ass and own the night? Why not “wrestle the devil” and feel the electricity of that guitar solo that lights up the track?

Bringing more of the same frenzied and exhilarating stringwork to the show is “Open Sesame.” It shreds and bounces throughout. As another of the new tracks added to this anniversary album, “Open Sesame” is a high-energy, Hard Rock riptide that picks you up and refuses to put you down until the end. It rises and falls with such smooth gradation that the transitions are nearly undetectable, making the track feel seamless and effortlessly engaging.

Moving on, anyone looking for a song to bang their head right from the start, “Landmarks” is the just the track. Its almost Speed Metal riffage and rollicking drums kick off at the beginning and rip through the track. It is the drums that especially drive the track and push ceaselessly through as the erratic and yet dependable heartbeat of the song. It is this compulsion that makes it fascinating to listen to and grabs the ear. The inclusion of a high-intensity guitar solo that lights up the song makes it that much more alluring and deftly captivates the attention of the listener.

Lastly, “Reborn In The Waste” closes out the album with a chugging persistence. The previously unreleased track epitomizes the epic journey the rest of Monuments takes the listener on. There is something eternally classic in Edguy’s timing and delivery that seems to be synonymous with bands of their era. The incorporation of synthed keys in the bridge lights up the track and breaks up the would-be monotony of the percussion.

Overall, Edguy have honored their 25 years well and this compilation of old material with new exemplifies what they do best. For these reasons, CrypticRock gives Monuments 3.5 out of 5 stars. 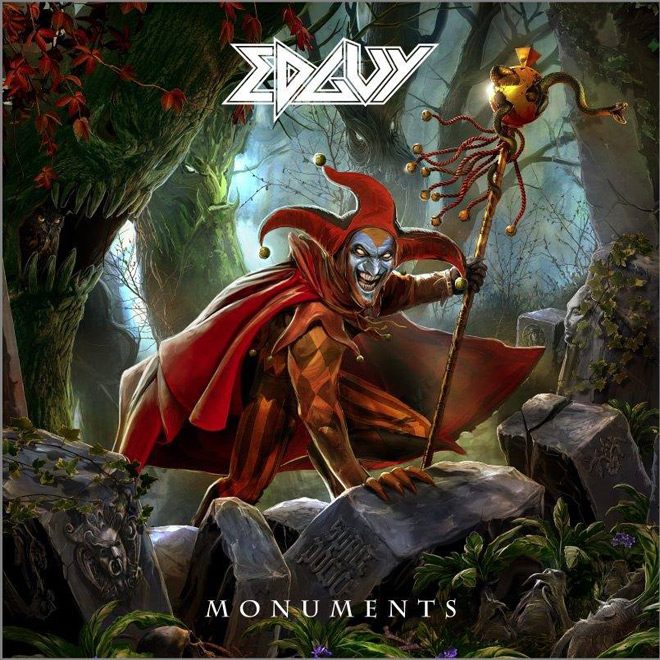