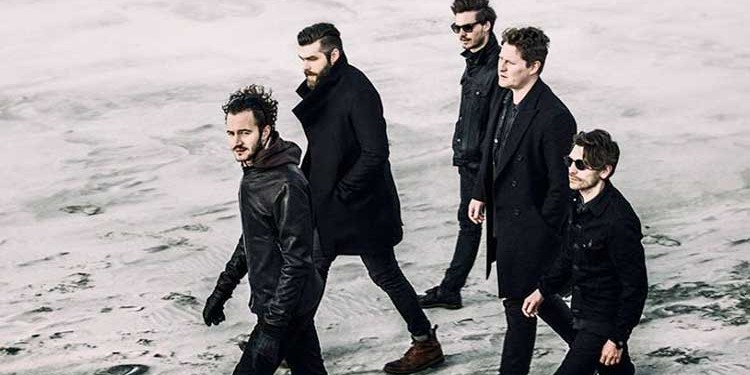 The British Rock scene has always been one of the biggest producers of impactful bands dating back to over forty years ago. Whether it be the British Invasion led by bands like The Beatles and Rolling Stones in the ’60s, Progressive Rock movement in the late ’70s with Genesis and The Alan Parsons Project, or the New Wave scene in the ’80s with Joy Division and Depeche Mode, England is an endless source of inventive artists. Fast-forward to the new millennium and a new crop of bands were born, and amongst those, was Editors. Initially established over a decade now, the band immediately turned heads with their 2005 debut record, Backroom, going platinum in the UK and topping charts with singles like “Munich,” “All Sparks,” and Blood.”

Not taking long to spread across the water to North America, they achieved their first charted record in The States two years later with sophomore effort An End Has a Start. Immediately making it aware to their developing audience they were a group of musicians whom found no comfort in standing still, 2009’s In This Light and on This Evening would be perhaps their most experimental record to date, heavily relying on synth sounds. Seeming as if they discovered a new niche, they shook their sound up again with 2013’s The Weight of Your Love where they were working without co-founding lead guitarist/synth player Chris Urbanowicz for the first time. While some fans may have been unsure of the style, the fact is The Weight of Your Love was filled with extremely well-composed songs.

Now in 2015, Lead Vocalist/Guitarist/Pianist Tom Smith, Bassist Russell Leetch, Drummer Ed Lay, along with newest additions, Lead Guitarist Justin Lockey and Keyboardist Elliott Williams return with their fifth overall studio record titled In Dream. Marking their second with Belgium based label PIAS Recordings, Editors decided for the first time to take the production of the material into their own hands. Compelling to many fans to see what direction this chameleon-like musical entity will come up with next, In Dream certainly has a lot of buzz surrounding it prior to its October 2nd release.

In bold fashion, the band opens In Dream with a dark, ambient piece called “No Harm.” Chose as the album’s lead single, it commences with a quiet synth melody and beat, Smith’s voice comes in and slowly the track builds, painting a tranquil, engaging soundscape. Showing the dynamics of Smith’s voice, low and high tones are explored and the amplification of the synth in the backdrop become almost haunting as guitars finally break in toward the closing minutes. Taking their audience for a ride, a more upbeat song follows with “Ocean of Night” where a piano leads before Smith’s voice comes in. Complemented by additional vocals of Slowdive’s Rachel Goswell, the track is another builder not fully kicking until after the two minute mark where Lay’s drums pack a punch along with Leetch’s thick bass.

Already showing two remarkably different songs only ten minutes into the record, Editors wow yet again with “Forgiveness.” Driven by heavy synth intertwined with guitar and bass, the melody is so irresistible the listener will find themselves pressing repeat the moment the song completes. Matching the intense nature of the music, Smith’s lyrics strike a chord with their potency. Featuring layered backing vocals adding to the full sound, this is hands-down one of the best songs from In Dream. Continuing to explore sound, “Salvation” begins solely with strings before dipping into a stripped down dark beat and bassy vocals of Smith. This quickly explodes during an immense chorus where Smith echoes loudly, “Salvation!” Showing more dynamics, overdubbed vocal tracks add to the intensity.

Bringing back a straight ahead synth sound, single “Life Is A Fear” has Dance vibe right from the get go. Tucking Smith’s falsetto vocals behind the resonating melodies at first, his powerful singing is the vehicle for introspective lyrics tapping into all our fears. The synth remains, but dives into a darker realm with “The Law” where eerie tones fill the track. Experimenting with vocal effects, Smith’s voice almost takes on a robotic feel at times, which is thoroughly effective. Balancing out the processing of Smith’s lead, Goswell returns to offer her soft voice to the mix of this mellow, intriguing song.

Completing six diverse songs, “Our Love” comes on almost sounding like Bronski Beat’s “Small Town Boy” at first. Showcasing more falsetto vocals of Smith, the electronic beat is joined by resonating, rich-sounding synth piano notes and airy guitars later on, which will have the listeners ears tingling with pleasure. A track filled with hopefully lyrics, it is one that will stick in the psyche longer after it is completed. With a Progressive styling, “All The Kings” opens with a head-bopping beat and melody before Smith croons affectionately. A very polished sound, it could be the most Pop-like track off In Dream, which could be a single for a variety of radio formats that could open up less aware listeners to Editors.

Opting for a more organic approach, “At All Cost” is dominated by Smith’s voice with an underlaid organ and acoustic that make for a soulful sound. Drawing stylistic comparison to U2’s “All I Want is You” in many ways, Editors do a remarkable job at knowing how to turn down the music when needed for a heartfelt  a capella-like piece. Concluding the journey of In Dream, the second album single, titled “Marching Orders,” comes on with a warm and inviting sound. The longest cut off the record, at nearly eight minutes, the band give themselves plenty of time to go up and down a scale of sounds, all while Smith confesses his heart in lyrics that explore disappointment, frustration, but most of all, hoping to find answers. With the simple words of “Trying to give more” filling the final couple of minutes behind a thumping beat and spacey like sounds, the song closes out the album in grand fashion.

In Dream could be Editors’ most experimental record to date. Marrying the approach they took on during the production and writing of In This Light and on This Evening with The Weight of Your Love, Editors continue to climb a progressive ladder at a rapid pace. No one knows where the band goes from here, but the beauty of their music is never exactly knowing what direction they will head next. It is clear the band were in a transition period following the departure of Urbanowicz in 2012, and, as a result, have grown in the process. With that said, In Dream is a magnificent piece of work that music fans of all types would enjoy. CrypticRock give this album 5 out of 5 stars. 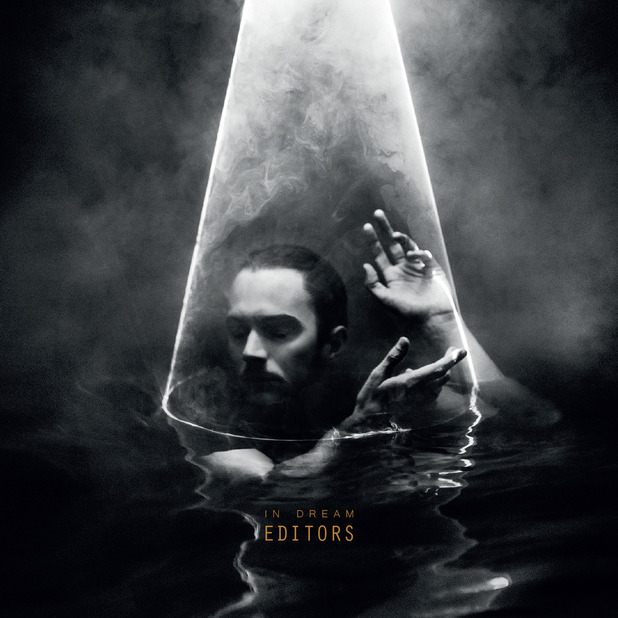 Norah Jones – I Dream of Christmas (Album Review) Buckcherry – Hellbound (Album Review)
Like the in-depth, diverse coverage of Cryptic Rock? Help us in support to keep the magazine going strong for years to come with a small donation.