Editors – The Weight of Your Love (Album Review)

Initially forming in 2002 under the name Pilot, Editors are an Indie/Alternative rock band hailing from Stafford, England.  Deriving musical influences from classic alternative such R.E.M. and Elbow, the Editors also credit Echo & the Bunnymen, Joy Division, The Strokes, and The Walkman as inspirations as well.  Taking audiences by storm with the release of their debut album The Back Room in 2005 the band has been an evolving musical force flowing into their sophomore effort An End Has a Start in 2007 and their highly synthesizer drenched In This Light and on This Evening in 2009.  Announcing the depart of long-time guitarist/synth player Chris Urbanowicz in 2012 fans wondered what direction Editors would go in next.  Adding new members Justin Lockey (lead guitar) and Elliot Williams (keys, synthesizers, guitars and backing vocals), Tom Smith (lead vocals, guitar, piano), Russell Leetch (bass guitar, synthesizer, backing vocals), and Ed Lay (drums, percussion, backing vocals) joined forces creating a more straightforward album in their 2013 release The Weight of Your Love. Produced by the Grammy award winning Jacquire King, The Weight of Your Love was two and a half years in the making, stalling for a bit after the departure of Urbanowicz and the arrival of Lockey and Williams.

Their promotional single, “The Weight” starts off with dark, buzzing guitars, slowly building to a hypnotic beat reminiscent of early Depeche Mode.  The following track “Sugar” kicks in with a wicked bass-line and continues with an itchy, fuzzy vibrato. Smith’s deep voice rolls through this song like a molten, syrupy wave. Jumping in with a sweet ‘80s vibes, “A Ton of Love” has a peppier, pop sound, a clean, Bono-esque hook and those vibrating guitars. Imagine this song playing with the top rolled down and headed toward a summer montage. Editors slow it down with “What Is This Thing Called Love,” making the listener feel the passion in Smith’s voice, and when the violins sweep in, a tearing plea for understanding. Another track on the slow side, “Honesty” continues with the beseeching vocals of the previous song, but with a heavier back-beat. The listener floats through the song like a feather on the wind. “Nothing” is one of the most beautiful songs on The Weight of Your Love, with a sweet, clear intro, humming violins and a very simple piano piece, breaking the listener’s heart with its wistful lyrics.

A bit of a throwback to An End Has To Start, “Formaldehyde” picks up the pace once again, with a toe-tapping drumbeat and ringing guitars. “Hyena” is another fast, almost peppy song, carrying through with a growling guitar and heady beat where Smith really lets loose, showing his vocal potential. The next song, “Two-Hearted Spider,” drops back down into a deliberate, uncomplicated beat, the thumping drums carrying the piece, while “The Phone Book” evokes an acoustic Bruce Springsteen vibe, giving the song a simple Southern sound and making it one of the most unexpected masterpieces of Editors career. The album ends with “Bird of Prey’s” quickened, pounding drums, following through with an enduring, straightforward rhythm that circles around and lands with a soft touch on the last note.

The Weight of Your Love is heavy with guitar and violins, making a shift from the synthesized sound of previous album In This Light and On This Evening. Since the songs themselves are written as a concerted effort between the band members, every one ends up with a unique styling and sound. The album fluctuates between dark and foreboding to clear and light, and this is what gives Editors their wide audience. CrypticRock gives The Weight of Your Love a 4 out of 5 stars. 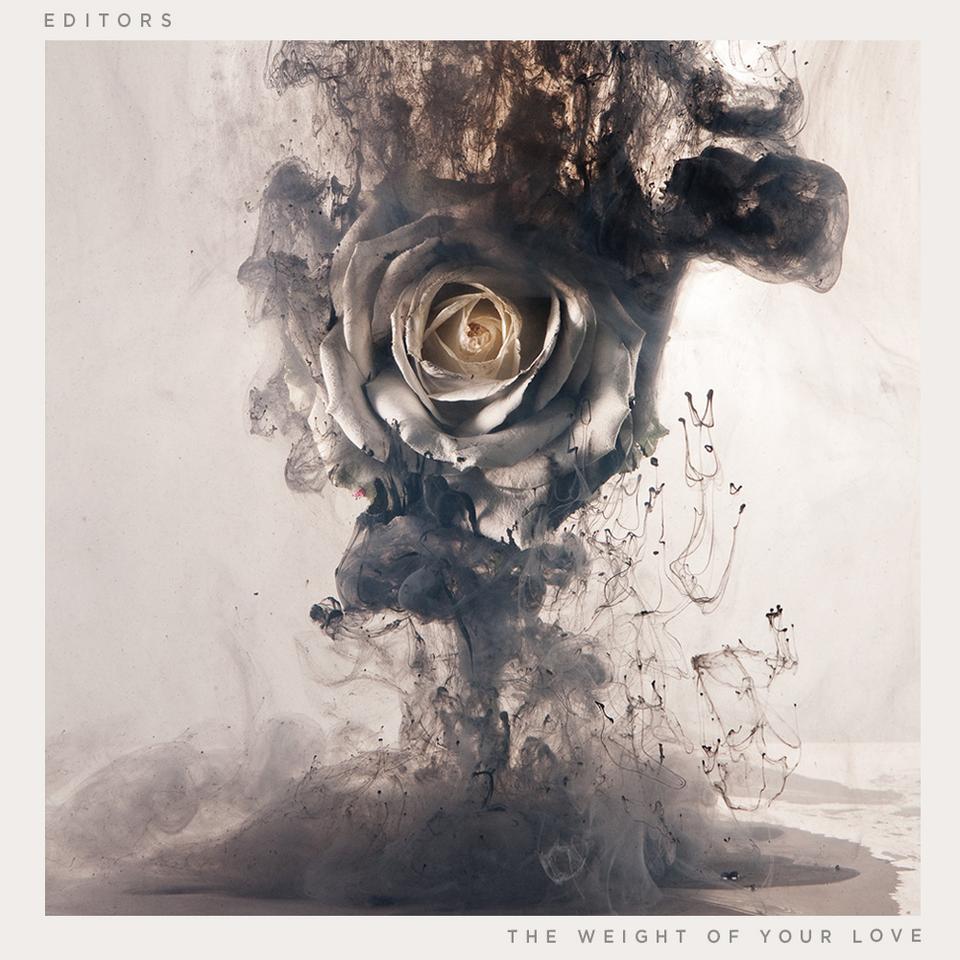