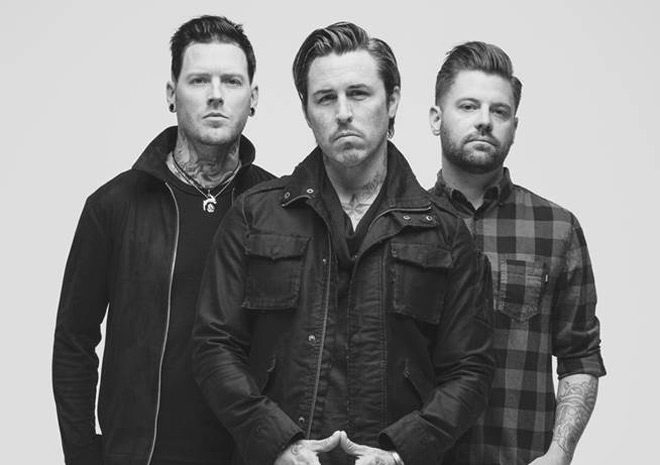 It has been a decade since the obsessions of Metalcore greats Eighteen Visions brought the band to explore new heights, only to shatter like that proverbial glass. Reunited and back with a bite, now the time has finally come for their highly-anticipated, triumphant return this Friday, June 2, 2017, with XVIII on Rise Records.

Eighteen Visions (affectionately abbreviated as 18V) formed in Orange County, California in 1995. Originally named “Macabre,” the band released their debut, full-length album, Yesterday Is Time Killed, in 1999. Lineup changes and 2000’s Until the Ink Runs Out followed before the band released The Best of Eighteen Visions in 2001, which included the new track “Motionless and White” (which would go on to inspire a little Horror Metal band you may have heard of). Evolving their biting Metalcore sound on the albums Vanity (2002) – which featured the popular single/video “You Broke Like Glass” and marked the departure of Guitarist Brandan Schieppati (to work exclusively with Bleeding Through) – and Obsession (2004), Eighteen Visions would go on to sign with Epic Records and release their eponymous, major label debut in 2006.

For fans, it would seem like a sudden demise when, in April 2007, the band called it quits. However, the split was reportedly amicable and Vocalist James Hart would go on to form Burn Halo; Guitarist Keith Barney would join the Hardcore Monument to Thieves; Drummer-turned-Guitarist Ken Floyd became a touring guitarist for the band Saosin; and Drummer Trevor Friedrich would go on to be involved in a veritable plethora of acts, notably Electronic power-houses Imperative Reaction and Combichrist. Bassist Mick “MickDeth” Morris would go on to tech for the infamous Hatebreed, though he would tragically pass away at the age of 35 in June 2013.

Now,after a decade away from the scene, Eighteen Visions return with their Rise Records’ debut XVIII, which is, in truth, their sixth full-length studio album. Eighteen Visions are now a trio – Vocalist Hart, Guitarist Barney, and Drummer Friedrich – poised to present ten blistering, pulverizing tracks of deliciously acerbic Metalcore. Produced by Mick Kenney (Bleeding Through, Motionless In White), XVIII is a nail stabbed deep into the heart of a dying music industry, circa 2017.

XVIII begins with a swarm of flies on the intro “Crucified,” where Hart proves that ten years has had no impact whatsoever on his vicious screams. Cementing the listener’s’ belief in their return, the trio launch into their second single/video “The Disease, The Decline, and Wasted Time,” full of that delicious 18V swagger and some seriously explosive sonics. “You’re just a fucking leech,” Hart lambastes fame-seekers and false friends.

A highly amusing clip (about chewing bubblegum and kicking ass) from 1988’s They Live kicks off the blistering assault of “Underneath My Gun,” while the emotionally weighty “Live Again” proves a haunting, yet anthemic tribute to fallen comrade Morris. It flows flawlessly into a 1963 Twilight Zone clip, kicking off the pulverizing “Laid to Waste in the Shit of Man.” Containing some of the best melodies on the album, the track segues the band into first single/video, “Oath,” – where Hart repeats the refrain “We keep this oath” – driving home a reminder of the disloyalty and fickleness infecting our world.

Eighteen Visions love a good movie soundbite and they launch “Spit” with a clip from 2002’s Gangs of New York, moving into a cocksure Hart spitting vitriolic swagger as he promises to bring you to your knees! A vicious stomp across modern facades and fakery, “Picture Perfect” is a crowning tribute to a world of sheep adorned in wolves’ appendages. Similar in substance, “Fake Leather Jacket” – which kicks off to the sound of Nicolas Cage circa 1990’s Wild at Heart – takes a deliciously caustic stab at the “sadist, corporate rapists” of the music industry. Despite these inherent struggles in this complicated life, many a musician – many a human! – will sacrifice for trust and love, as Hart infers on one of the album’s more melodic offerings, finale “For This I Sacrifice.”

Eighteen Visions have never sounded better than on the explosive XVIII. A decade away has brought a determined, mature focus to the Eighteen Visions camp, honed their musicianship, and given the trio a whole new breath of vicious air. Pulverizing, assaulting, never stopping, 18V are ready to make up for time lost! With horns raised for their triumphant return, CrypticRock give Eighteen Visions’ XVIII 5 of 5 stars. 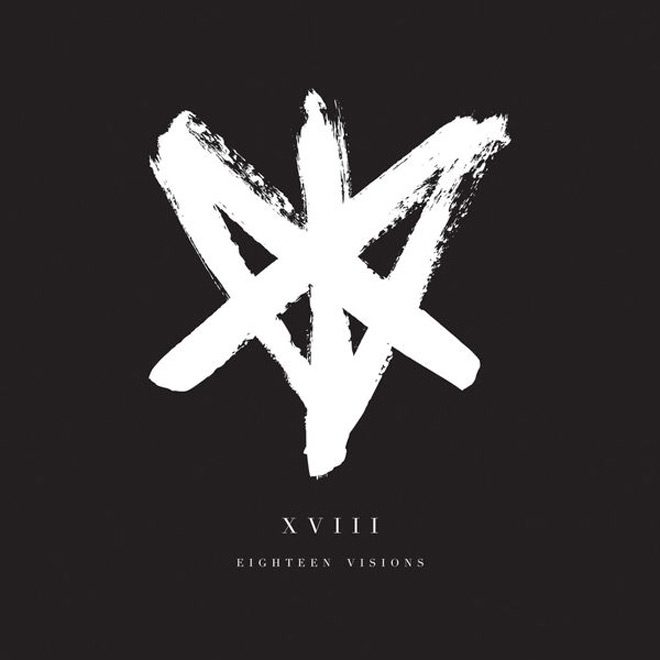 Eighteen Visions will  take the stage for the first time in ten years, on June 2nd, for a record release show at The Observatory in Orange County, California. Click Here for tickets or see 18VOfficial.com for further details.