Induction Productions make their cinematic debut with a story about scientists getting in touch with the afterlife in Einstein’s God Model. Initially released in the US back in May of 2016 through Indie Rights, over the past year plus it has earned more and more attention in the VOD world. 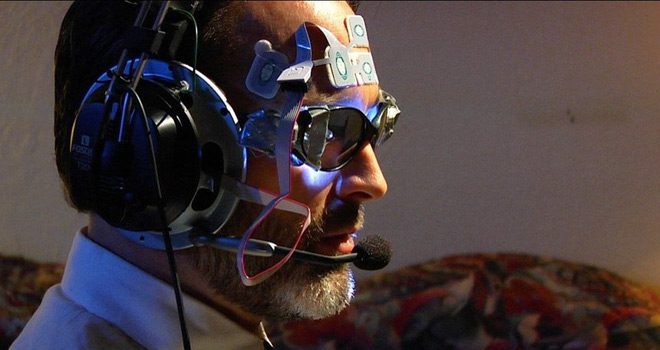 The tale follows Brayden Taylor (Aaron Graham: Paint Crew 2009, Two Guys Eating Thai 2011), a man having trouble coming to terms with the death of his fiancée, Abbey (Kirby O’Connell: The Beast 2009, Fancypants 2011). Inspired by Thomas Edison’s claims of contacting the deceased, and the experiments of Dr Carl Meiselhoff (Darryl Warren: Spawn 1997, Return to Me 2000), he tracks down a device that could allow him to reach Abbey one more time; the Edison Spectrograph. He just needs a little help operating it from both Meiselhoff’s protégé, Dr Mastenbrook (Kenneth Hughes: The Island 2005, The Bloody Indulgent 2014), and Craig Leehan, one of the machine’s former subjects (Brad Norman: America’s Most Haunted 2013, Bridal Boot Camp 2017).

For a film called Einstein’s God Model, it sure talks about Edison a lot. This does get explained in a rather interesting way in the film, but the gist seems to be a battle of ideals over how far humans can expand their knowledge. Einstein says there are limits, while Edison says there are not – least not without the right equipment. It is lucky this difference in ideals did not cause any arguments on set, considering ‘A. Einstein’ is credited as ‘Relativity Chairman’, and ‘T. Edison’ as the one behind the ‘Spectrographic EMF Receiver’ (“…from designs by N. Tesla”) in the opening sequence. Okay, it is just a science joke, but with each fake credit connecting to each part of the Spectrograph (the goggles appear next to a credit for ‘Multiverse Optics’), it is a cute one. 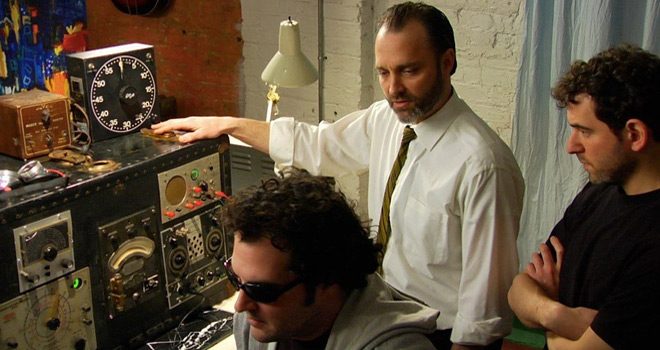 He also wrote, produced, and edited Einstein’s God Model, on top of designing the visual effects, and acting in it as both the host of a TV science show and as Edison himself in narration. That is a nice feel-good story in itself – one man works hard to achieve his vision, and it manages to pay off on the Independent film circuit. Just him and the best cast and crew a $2 million budget could afford.

It is not exactly low budget, but for that amount of money it is a good-looking film. With help from Mike Bosland (The Ghostmaker 2012, Titans of Newark 2012) and Erik Tillmans (Enchanted 2007, Trolls 2017), Johnson’s effects look very flashy and bright. They do not stick out too much either, least not for most of the film. It is one of those cases where less is more, and more is less. The effects look better when they are used sparingly – a wisp here, some electricity there, etc., but when they are all over the place, it shows where the film hit the ceiling of its SFX budget.

The cinematography, by Mike Turano (Mastodon Live at the Aragon), is not so bad either, but it does not go beyond Indie film expectations. This is especially clear when it is combined with Johnson’s editing, like the use of the over-the-shoulder camera for select conversation scenes. Otherwise, it tends to be one shot showing all the key players in the scene, before cutting in close on one or the other as it progresses. Perhaps this was a case of playing it safe, as the swinging, swooping camera angles used for the stunt sequences in the first half of the film are more distracting than convincing. 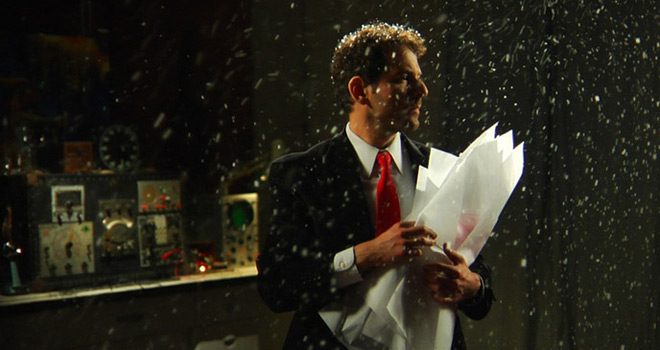 This is also the more emotional half of the film; where the audience sees how Brayden and Abbey get on before tragedy ensues. It aims to be touching, but it feels more melodramatic as the universe seems eager to dump on the couple. It is not helped by the stiff acting, with Graham and O’Connell coming off as quite wooden. It does have its strong performances, and they lie in Hughes’ clinical yet eccentric Dr Mastenbrook, and Norman’s bitter yet humorous Leehan. The former is almost as stiff as Graham, but it feels more natural that way because it fits the weirdly dry character so well. Meanwhile, the latter has the most personality, with his sarcastic quips and attitude, yet he knows just as much about the experiment – if not more so – than Mastenbrook. He may not be the protagonist, but he is the star of the show.

So, with the camera going between pedestrian and weird, and the acting being so-so (with exceptions), the strongest appeal of Einstein’s God Model rests in its story. Though it starts out overwrought, it finds its feet once the science kicks in. It goes into some fascinating ideas on life after death and string theory amongst others. Those averse to technobabble are unlikely to be impressed, but it is intriguing enough to keep others in their seats. It may not touch the heart as effectively as it hoped to, but it does touch the brain in a good way, if not better than its blockbuster counterparts. For these reasons, CrypticRock gives Einstein’s God Model 3.5 out of 5 stars. 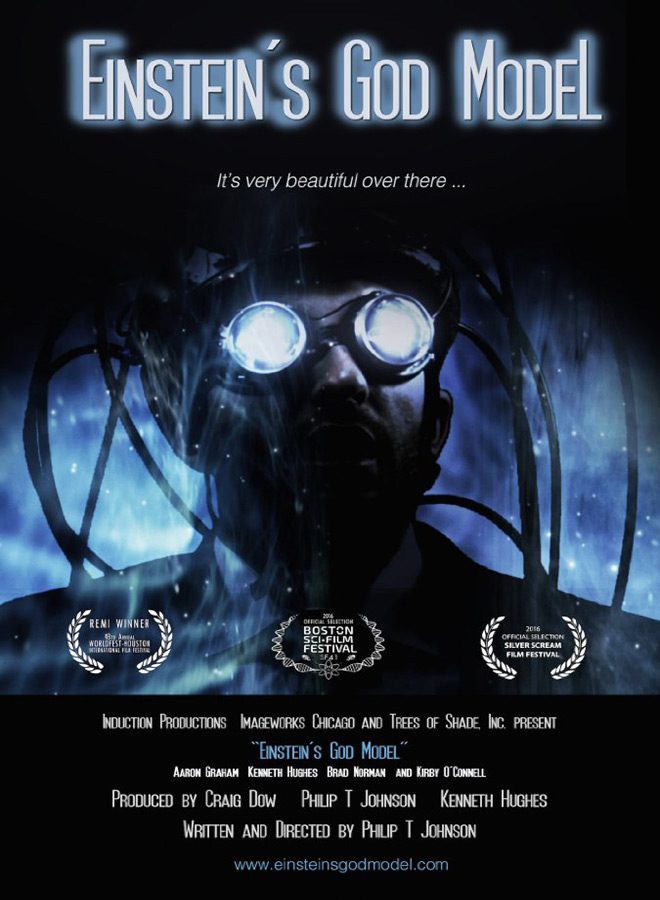