This Spring, Eisley will hit the road in support of their fourth full-length album, Currents.

Joining the band on the road will be Rory Records’Merriment, who recently released a two-song digital single of new songs – and will next release their debut full-length album this Spring.

Along with the tour announcement, the two Tyler, TX-based bands are also offering a free tour sampler via Bandcamp, which includes recordings from Eisley’s Pandora Whiteboard Session. A tracklisting is available below, and the sampler can be downloaded HERE.

Eisley also recently released a music video, directed by Mutemath’s Darren King, for the album’s title track, which can be viewed on Youtube.

All confirmed tour dates can be found below. Presale tickets for the Spring tour will go on sale tomorrow, February 11, through Applauze. Additional tour dates, including shows on the West Coast, are in the works for later in the year. 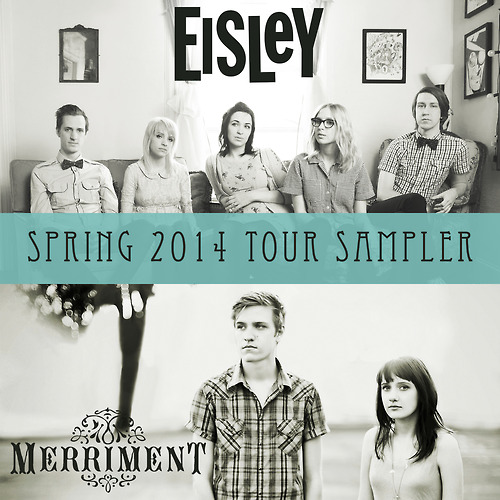