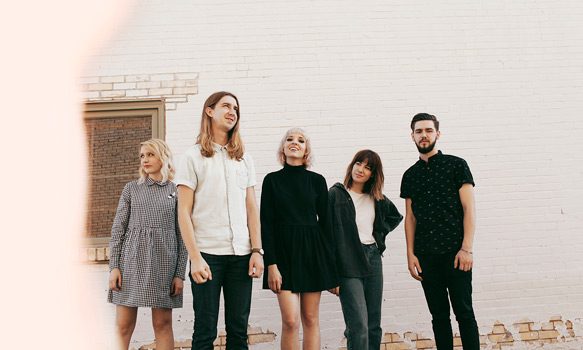 Separations can be a difficult and crippling situation for anyone, let alone an entire band. That said, back in 2015, Guitarist Chauntelle D’Agostino and Keyboardist/Vocalist Stacy King made the difficult decision of leaving the powerful Indie Rock band Eisley. Moving forward with Vocalist/Guitarist Sherri DuPree-Bemis and Bassist Garron DuPree as their core, Eisley return in 2017 with their highly anticipated fifth studio album, I’m Only Dreaming.

Released on February 17th via Equal Vision Records, I’m Only Dreaming comes four years after the band’s breathtaking Currents album, but with key songwriters no longer in the picture, how would the new album sound? Well, I’m Only Dreaming does not sound anything like Eisley’s previous albums, and that is not a bad thing at all. All bands have a transitional period, a period where they leave everything they have done in the past and evolve into something more.

With Sherri DuPree-Bemis stepping up to the challenge, I’m Only Dreaming is an absolutely beautiful end result. Recorded in Tyler, Texas with Producer Will Yip (Circa Survive, Balance & Composure, Lauryn Hill), the eleven songs that make up the album are full of heart and soul.

Lyrically, the album is brutally honest, in fact no matter what walks of life one is from, they will be able to relate in some way. Words aside, let us talk about the actual sound of I’m Only Dreaming. Separate from Eisley’s previous work, this is a much more straightforward Rock album. Very different than the prior albums, which were more experimental sounding with their ambient sounds to each song, these songs could perhaps find Eisley connecting with a new audience.

Proof of such, the album opens with an upbeat drum on “Always Wrong.” Quite catchy, the chorus immediately imprints in the listener’s mind as DuPree-Bemis clearly makes it a point to push her vocal range to new heights, excelling in the process. A delicate mix of textures, next comes “Defeatist,” and while more mellow, it features words that hit hard with, “And as the dust falls down, I usually give up so easily, a truth that’s plain as day, staring back at me. I’m a defeatist, but I don’t have to be.” Providing more optimistic tones, “A Song for the Birds” is another fun track where DuPree-Bemis’ husband, Max Bemis of Say Anything, joins in to add a different stroke of color.

Keeping the relatable, truthful lyrical theme going, later on comes the moody “You Are Mine.” A song about love, or being in love, words such as “You’re my everything. My sun the moon, you make me swoon, wake me up, talk to much, piss me off, but you are mine,” take a sincere look at it all. While love is a regular topic throughout the album, I’m Only Dreaming is not without its dynamics. Ranging from calming keyboards as heard at the start of “Snowfall” to the delightful Trip Hop style of “Louder Than A Lion,” there is plenty of variation to go around. The latter track, “Louder Than A Lion,” acts as a promise from DuPree-Bemis to her children to always protect them. Reaffirming that promise, guest Vocalist Anthony Green (Circa Survive and Saosin) joins in to provide a contrasting voice for a full spectrum of emotion.

As a whole, I’m Only Dreaming is quite transparent and DuPree-Bemis wears her feelings on her sleeve. Vulnerable, there are few barriers between the listener and Eisley. Sometimes a risk to level one’s self too open, DuPree-Bemis’ confessions do not fall on deaf ears, as her voice carries out the intent of the each song magically. That in mind, equally as powerful as other songs, “Sparking” offers more Trip Hop sounds. Provocative, it purposely entices listeners to rethink past decisions. Then there are songs like “When You Fall” where dreamy Pop guitars and vocals dress a sort of lullaby vibe where DuPree-Bemis continues to express unconditional love for her children.

Then, acting as the bookend to the album, “Brightest Fire” is a soft and incredibly soul-soothing closing, leaving listeners with inner peace. Moving, the track ends the album just as suddenly as it began, yet leaving one yearning for more.

Overall, Eisley offer what could be the purest form of musical composition combined with brutally honest lyrics that has come out in sometime. I’m Only Dreaming is different, but it is still Eisley, and everything that embodies them. Currently out on tour with DuPree-Bemis, Garron DuPree, Remington DuPree (drums), Elle Puckett (lead guitars, vocals), and Jedidiah Lachmann (keys), Eisley are a band not to be missed. Furthermore, I’m Only Dreaming is a masterpiece that must be heard. For these reasons, CrypticRock gives this album 5 out of 5 stars. 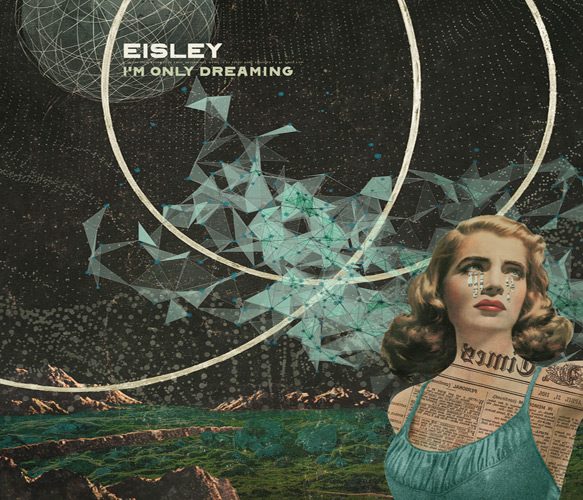