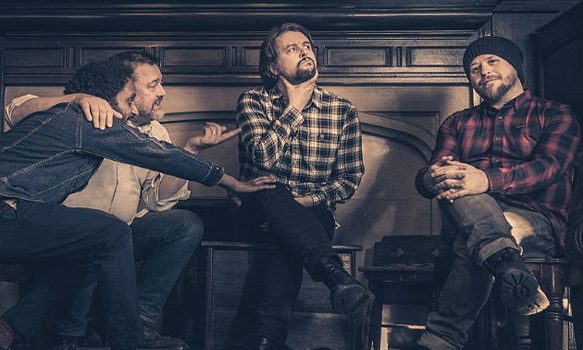 Elbow (stylised as elbow) currently consists of Guy Garvey (vocals, guitar), brothers Craig (keyboard, piano, backing vocals) and Mark Potter (guitar, backing vocals), and Pete Turner (bass guitar, backing vocals). While the band actually formed in 1990, they did not adopt the elbow moniker until 1997. Their debut album, Asleep in the Back, was released in 2001, shortlisted for the Mercury Music Prize, and earned the band a BRIT Award nomination for Best New British Band. Subsequent albums followed, including 2003’s Cast of Thousands, 2005’s self-produced Leaders of the Free World, and 2008’s The Seldom Seen Kid, which sold over one million copies and received the Mercury Music Prize.

Moving forward, 2011’s Build a Rocket Boys! hit #2 on the UK albums chart, as well as earning the band their third nomination for the Mercury Music Prize. In November of that same year, elbow were chosen to compose the theme for the BBC’s 2012 Olympic coverage. Elbow’s six-minute long anthem, entitled “First Steps,” was recorded with the BBC Philharmonic Orchestra and the NovaVox Gospel choir. The band also received the honor of being one of a very select group of artists chosen to perform at the 2012 Summer Olympics’ closing ceremony.

In 2014, The Take Off and Landing of Everything was released and debuted at #1 on the UK Albums Chart. The band also appeared on The Tonight Show with Jimmy Fallon here in the USA. The following year, they went on to release the Lost Worker Bee EP, and Garvey also released his very first solo album, Courting the Squall. Sadly, 2016 brought news of Drummer Richard Jupp’s departure, though elbow promised to persevere.

Recorded in both Scotland and Manchester, England, the band’s seventh studio album, Little Fictions, is due out Friday, February 3rd via Polydor Records and is distributed by Concord Records in North America. The album will be available in Vinyl, CD, as well as Digital Download formats, and was produced by Keyboardist Craig Potter (who has handled the producer role on the band’s previous three releases). Additionally, there are appearances by The Hallé Orchestra and the Hallé Ancoats Community Choir, members of London Contemporary Voices, and Session Drummer Alex Reeves.

Released in advance of the album, in December 2016, first single “Magnificent (She Says)” is the rapturous story of one little girl. Guitarist Mark Potter believes that this is “the song people have been waiting for us to write.” With its beautiful string accompaniment and tranquil, poetic nature, this is a truly magnificent (no pun intended) way to start an album.

The album’s second track, but third single/video, “Gentle Storm” is a chill and relaxing, but jazzy love song, and one of the best on the album. Love is, in fact, a gentle storm. The video for the song, directed by Kevin Godley, contains a guest appearance from everyone’s favorite modern day Sherlock Holmes, Benedict Cumberbatch.

Fourth track, but second single, “All Disco” has a defined 1960s feel and contains the ethereal voices of London Contemporary Voices. According to the band, the track was inspired by Musician Black Francis of the Pixies, though the lyrics are widely open to interpretation. Many of the remaining tracks on Little Fictions are joyful love songs or, more accurately, songs filled with love and joy. There is the minimalist “Head For Supplies,” which is nothing more than a peaceful walk through town to purchase some groceries with the one you love. Other tracks on the album include the gentle march of “Trust The Sun,” funky “Firebrand & Angel,” nostalgic “Montparnasse,” and album namesake, “Little Fictions.”

In short, Little Fictions is a beautiful collection of minimalist Rock for fans of the mellow likes of Peter Gabriel, Coldplay, Death Cab For Cutie, The Decemberists, and their ilk. Those not already acquainted with elbow, take a moment to relax, step inside their world, and rejoice in the sounds of this album. As for fans, they already know. For their harmonious blend of solid musicianship, poetic and intelligent lyrics, as well as a gently-embracing minimalist soul, CrypticRock gives elbow’s Little Fictions 4 out of 5 stars. 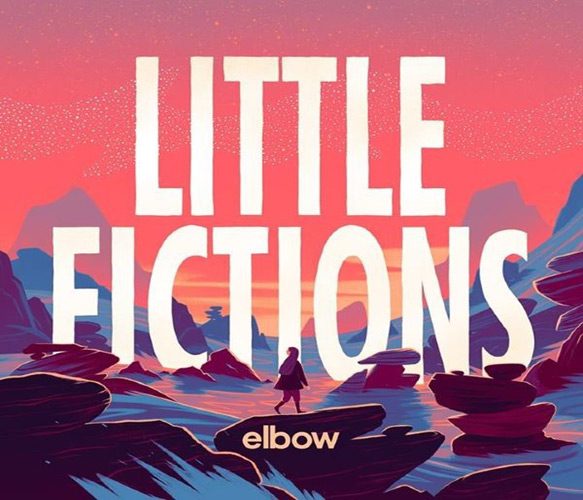