Released on February 7th on VOD/DVD via Midnight Releasing, Elder Island is a historically-inspired new Supernatural Horror flick from Monkey Knuckle Films. In his directorial debut, Darrin James presents the story of one pissed-off reverend with a serious axe to grind.

First, a little history lesson. Until the arrival of King Donnie I, America had only ever had one self-proclaimed king: King James Strang. As the story goes, James Jesse Strang was crowned King on July 8, 1850. A member of The Church of Jesus Christ and the Latter Day Saints (Mormons), Strang was personally baptized into the church by its founder Joseph Smith, Jr. Smith then sent Strang west to Wisconsin to form a Mormon settlement in the town of Voree. 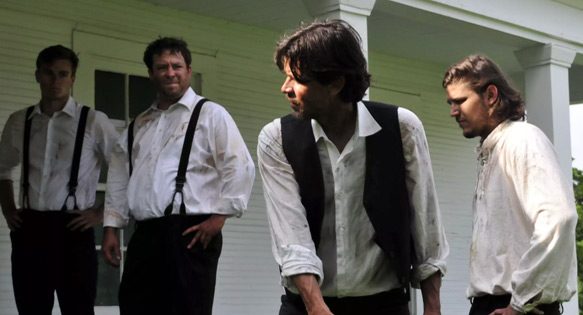 Within four months time, Smith would be murdered by an anti-Mormon mob and leadership of the church would be claimed by three separate individuals: Brigham Young, Sidney Rigdon, and Strang. Things get very odd from here, but, in short, when Brigham Young is chosen as Smith’s successor by the church, Strang decides to create his own sect and he and his “Strangites” arrive on Beaver Island, Michigan in 1848. By 1850, Strang crowns himself “King of the Kingdom of God on Earth.” Six years later, Strang is ambushed by a pissed-off mob of 40 men, shot three times, and takes three weeks to pass on to his eternal kingdom in heaven. Great guy that he is, his Royal Highness is survived by his five wives, four of whom are pregnant at the time of his death.

Elder Island takes that story and creates a legend, the Legend of Elder Island. In a story that loosely parallels history, five families on the island conspire to kill an unjust leader, Reverend Peter Wiggenstein. While in the act of murdering their leader, however, they also manage to off his wife. Woopsy! As Wiggenstein falls to his knees in the throes of death, he curses the five families and their generations to come.

Fast forward to present day. A documentary film crew – consisting of a husband and wife duo and their assistant – arrive on Elder Island to the dismay of the islanders. As Ned Ryerson (Nate Scholz: Alibi 2016, Shut Up and Kiss Me 2010) and wife Stacy (Jamie Bernadette: Sinbad and the War of the Furies 2016 , All Girls Weekend 2016) begin to interview the locals, tensions rise. Along for the ride, the Ryerson’s assistant, April Caine (Erica Overholt: Ian & Zoe 2016, Poker Face 2011), has a bad feeling about the island from moment one. 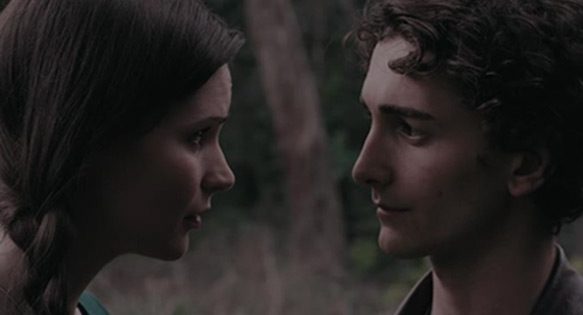 Elder Island is, of course, that proverbial, incestuous small town where the sole hotel is owned by Jacob Wiggenstein (Donavan Darius: Dog Eat Dog 2016, Conviction 2010) whose wife, Maria (Melissa Anschutz: Bestseller 2015, Ashes of Eden 2014), runs the bar, which is also a restaurant and post office. No joke. The Wiggenstein’s son, Sam (Sean Peavy: Laying Down the Law TV show, RandyApp Screen Actor’s Guild web-series) is dating Brooke Ree (Jordan Trovillion: A Matter of Faith 2014, Jack Reacher 2012), who just so happen to be the Sheriff’s daughter.

Historically-based Horror films are nothing new: 1973’s The Exorcist claims to be based off a true story; ditto with 1974’s The Texas Chainsaw Massacre and 1979’s The Amityville Horror, among many, many more. As far as its loose historical inspiration, Elder Island is not groundbreaking: it is just a fictional screenplay based very loosely off an incident in nineteenth century American history. Sadly, unlike many of its contemporaries in this genre, Elder Island falls completely flat on its face thanks to a heavily-flawed script. The history behind this film is not well-known enough to draw people in on its own merit, and the premise of an axe-bearing undead Mormon is just a little too ridiculous to be scary. That said, if you can hang in there, it is not entirely as awful as it sounds.

The first major flaw in Elder Island is its script: the dialogue is often completely banal and painfully drawn out. One particular scene in the restaurant/bar/post office, seems to test the limits of Bernadette, Scholz, and Overholt’s patience and acting skills. In fact, when these three are supposed to stumble upon a mutilated dead body, their reactions are so understated that it is laughable.

What can usually rescue a dying script is phenomenal acting. Here, there are standouts (Peavy and Hicks, especially), though it seems that some of the strongest actors receive the least amount of screen-time. Oddly, for his part, The Reverend (Michael Robert Brandon: Papou 2014, Salem TV series) might be the focal point of this story, but his screen-time is severely limited. What is a nice touch, albeit largely for sentimental reasons, is that many of the cast and crew are indeed Michigan natives. 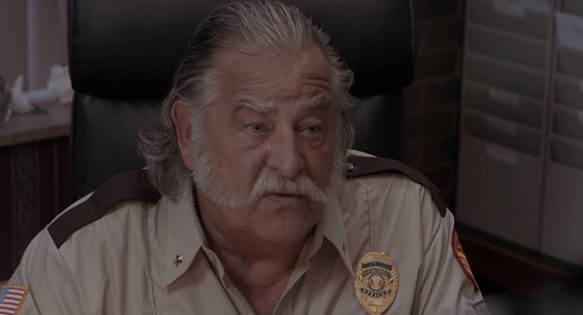 What really destroys much of what Elder Island might achieve in entertainment value is its poor sound-mixing and camera work. The frame is often wobbly enough to create nausea in the viewer, and visuals that should ‘flow’ often appear jerky.

Furthermore, when several of the actors jump into a car and are supposed to speed away, one cannot help but assume that the car is merely being jostled by offscreen forces and they are really just sitting in front of a cheaply done green-screen. Considering that this is a film that is largely shot on location and does have an authentic feel to its (wobbly) cinematography, the green screen car ride feels laughable. (Speaking of locations, Elder Island was shot on location in Michigan, namely in the towns of Royal Oak, Brighton, and, yes, Beaver Island.)

Elder Island clocks in at roughly eighty minutes in length, and plays like a SyFy Original Movie; which is to say that it is corny but not unwatchable. Overall, this is a directorial debut that shows promise and James should clearly not be written off. The attempt behind Elder Island is intelligent and took historical research and thoughtful, creative effort. Unfortunately, somewhere between conception and creation, quite a few important pieces of that puzzle went askew. For its completely nauseating camera work and erratic sound mixing; hackneyed script; and ridiculous villain, CrypticRock gives Elder Island a 2.5 of 5 stars. 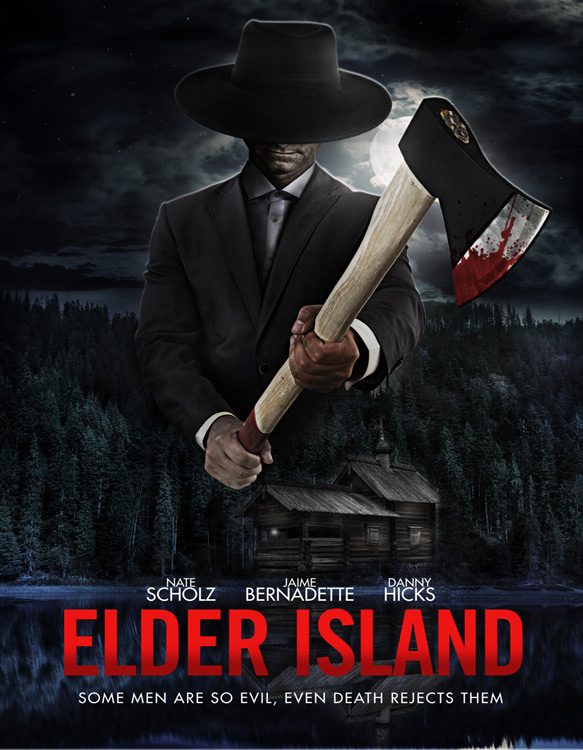