Just in time for the holidays, The Elf hit VOD November 7th and arrives on DVD December 5th. One of the newest releases from Uncork’d Entertainment, it hopes to be one of the most festive Horror flicks of the 2017 Christmas season. Written, directed, and produced by eager, young Filmmaker Justin Price (Dark Moon Rising 2015, The 13th Friday 2017), The Elf is a creepfest filled with macabre laughter and minimal gore. 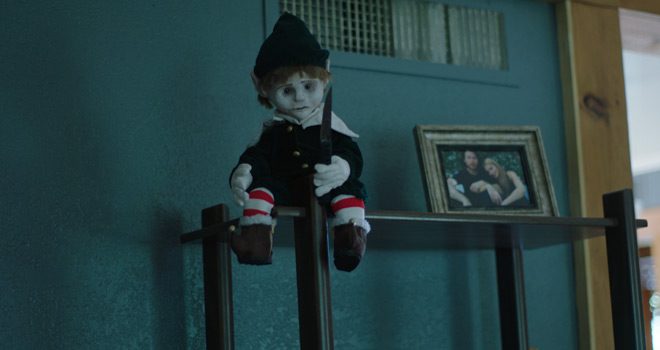 The story follows Victoria (Natassia Halabi: Soledad 2014, Born to Be Blue 2015) and Nick (Gabriel Miller: The Norwegian 2012, Manifesto 2015), a young couple hoping to spend an uneventful holiday at home together. All is going to plan, but to their surprise, it is quickly interrupted by a festive creature hoping to spread some much needed holiday cheer. Honestly, what are the holidays without some eggnog, a fire burning slowing, and an occasional elf on the shelf with a murderous strike, right?

A great concept, immediately, The Elf sounds like an amazing film to add to the growing Christmas Horror genre. Who does not love a good splatter fest to watch on Christmas Eve instead of the normal festive run of the mill greeting card holiday snooze? That said, The Elf no doubt gains instant attention in the Horror community for bringing a creepy possessed doll to the screen. Sadly, the concept is pretty much where the scare factor ends with The Elf. 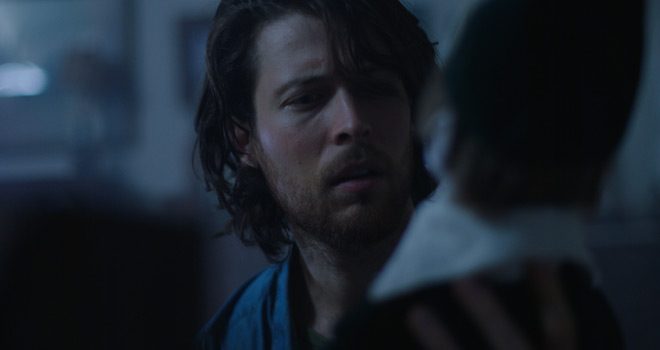 One of the first key factors that handicaps the film is the storyline, which is hard to follow for such a simple concept. All over the place, there is also a small dialogue issue, enough to make the audience think what the hell is going on? An issue from the start, the rest of the film seems conflicted how much involvement each character would have with one another. Simply put, there are scenes which appear could have been executed better to make the film more effective.

All is not lost though, because one thing The Elf has going for it is creativity. Considering the recent popularity of The Elf on a Shelf trend, it makes for a great idea for a Horror film! Where other parts of the plot lack, the story behind The Elf itself is pretty dark and twisted, much like the tooth fairy in 2003’s Darkness Falls. Though it really does not matter if you see this supernatural being or not, there could have been a bit more clarity about the exact nature of the ceramic concoction. 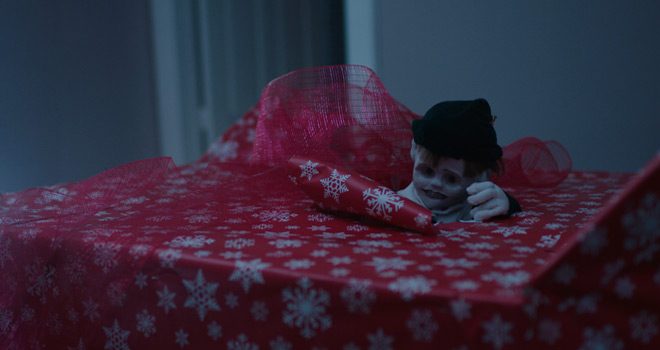 It is understood a good old Horror movie should be more about the suspense than anything, but overall lack of action in The Elf is truly the killer. Yes, there are enough eerie laughs and voices heard, but there is little jump factor. This all in mind, regardless of its shortcomings, The Elf is definitely worth at least one watch. It more than likely will not chill you to the core, but it will deliver some laughs and yuletide cheer. For these reasons, CrypticRock gifts The Elf 3 out of 5 stars. 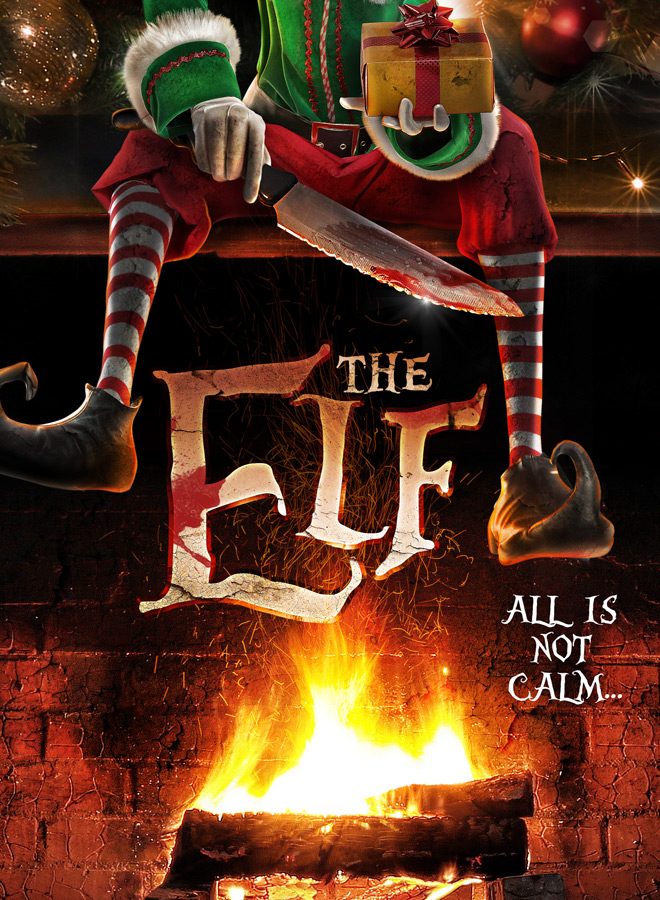