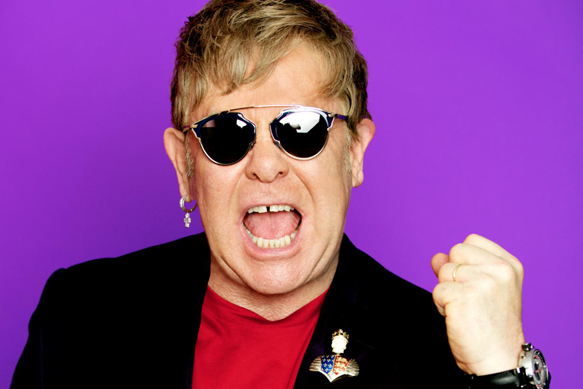 For the past five decades, English Singer/Songwriter/Composer Elton John has been a trailblazer in every facet of the music industry with his mix of everything from Rock, to Adult Contemporary, and Rhythm & Blues.  He has released thirty-two studio albums, thirty of which were a collaboration with Lyricist Bernie Taupin, while traversing the pitfalls of superstardom with drug addiction, and coming out on the other side.  Breaking through with his 1970 self-titled album that boasted hit “Your Song,” John went on to become a Rock-n-Roll icon in the ’70s with such memorable albums as 1973’s Don’t Shoot Me I’m Only the Piano Player and Goodbye Yellow Brick Road, along with 1975’s Captain Fantastic and the Brown Dirt Cowboy, just to name a few.

Transcending decades, John carried success into the ’80s with nine top-selling records during the decade, including a slew of chart-topping singles. Then, in the ’90s, John continued to shine bright with mature engaging music and a mass of success at the hands of Disney blockbuster The Lion King in 1994 with songs such “Circle of Life” and “Can You Feel the Love Tonight.” Since, he has consistently been active in the 2000s, touring, recording music, and raising money for charity. Now John returns with his thirty-second overall studio album as of February 5th, entitled Wonderful Crazy Night. It is the first with his Elton John Band (Elton John doing vocals and piano, Davey Johnstone on Musical Director, guitars, mandolin, banjo, and backing vocals, Matt Bissonette on bass guitar and backing vocals, Kim Bullard on keyboards, John Mahon on percussion, drums, and backing vocals, and Nigel Olsson on drums and backing vocals) since 2006’s The Captain & the Kid.  Co-written by John and Taupin, while recorded in 2015 at the Village Studio in Los Angeles, CA, Wonderful Crazy Night was co-produced by T-Bone Burnett (Counting Crows, Spinal Tap) and John himself.

An anticipated release, Wonderful Crazy Night is ten tracks of piano Funk and a bit of folksy-ness, with a nod toward Peter Gabriel, and some exciting instrumentation thrown in. It begins aptly with the title track, “Wonderful Crazy Night;” a funky bit of sexiness as John tickles the ivories, with the rest of the band following suit with an acoustic guitar and organ riff with a hip beat. He hardly seems able to contain himself as he sings about an exceptionally good night; “Somethings you just don’t forget…”  Next, “In the Name of You” slides in on a fun piano riff that gets accompanied by an organ and guitar slide.  The guitar has a bit more to do with accompanying John in this track as it turns into a nice solo.  Here, John sings, laid back, about doing just do for his loved one, “Whatever tricks I do/If I can claim it/in the name of you.”

Keeping the same riff from “In the Name of You,” but with slight variations, the anthemic “Claw Hammer” is an ode to Steely Dan and Peter Gabriel musically and tonally in that the track’s melody and beat change throughout from the aforementioned piano riff to a Western-esque hook, to an ethereal hook, all under John’s sensibilities. This is all while John sings of using tempered force to break through prejudices to get where you want in life.  Finally, the three sensibilities meld together, weaving in and out of each other.  Then “Blue Wonderful” has that folksy story vibe John can pull when passing a positive message of following your heart, he will follow with love.  The melody is light, and driven by John’s piano and Johnstone’s banjo.  Thereafter, “I’ve Got 2 Wings” is an ode to the ’40s and ’50s black preacher, Utah Smith.  This track has a Southern hymn-like beat, upbeat as John sings the listener through Smith’s life from wearing paper wings during his services to his death when he earned his real wings.

Continuing on, “A Good Heart” is the album’s soaring ballad, complete with a gentle brass section that is actually synthed in.  This piece has bits of John reminiscing of past relationship as well as talking about his love for his husband and his fans.  The Honky Tonk-esque/Jazz “Looking Up” begins with a strong bass riff before John comes in with his piano riff.  As the song proceeds, there is an ease to the piece like the listener is sitting in on a jam session as John sings about really feeling grounded, finding faith.  Juxtaposing the upbeat melody with defiant lyrics, “Guilty Pleasure,” John riffs on some peoples’ beef with same-sex relationships with some humorous lyrics like, “I don’t see no smoking gun…”  The tune ends simply with gentle piano cords.  The song “Tabourine” returns the album to the hymnal as the tambourine takes center stage and the rest of the band accompany as John sings about the happiness the rattle of something so small as the tambourine can bring.  Bringing Wonderful Crazy Night to an end is they Enya-esque “Open Chord” as the strings come in.  Again, there is an easiness to the track as John tickles the ivories as he sings about his loved ones.

One of the bonus tracks on the deluxe version of the album is “Free and Easy.”  On this track, John goes playfully retro with this song as the melody is simple with a light, basic drumbeat and light guitar riffs as the mandolin has its own solo.  Again, “Free and Easy” is an ode to John’s husband.  The last bonus track of the album is “England and America,” the most rocked out track as the band lets it all hang out as John sings about his love for England and America.  Although he has said before he was done with Rock-n-Roll, the man still jams just has hard as ever.

Wonderful Crazy Night shows John still has it, even after a three year lull between 2013’s The Diving Board.  Approaching sixty-eight years of age, John has a vivaciousness, a knack for relevancy that many artists, that have been in the business as long as he, has lose.  CrypticRock gives Wonderful Crazy Night 5 of 5 stars. 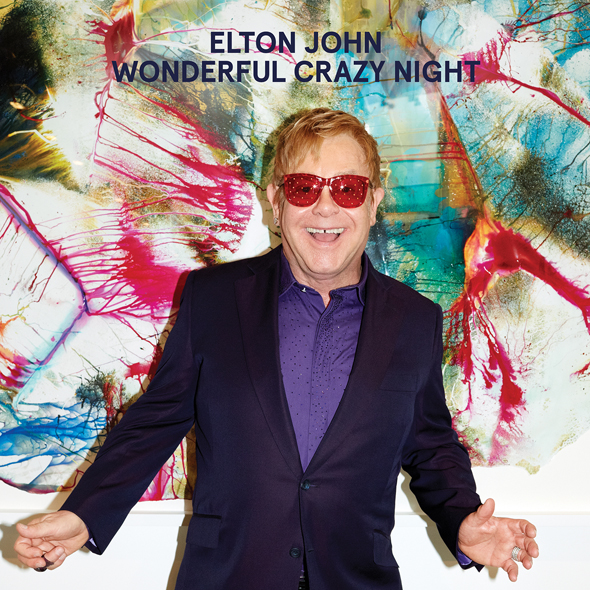