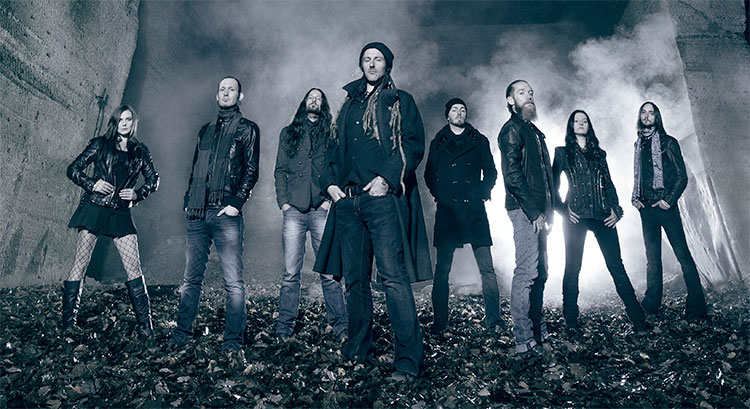 Switzerland’s Eluveitie is a folk/death metal band which began back in 2002. Their first EP in 2003 titled Vên was only supposed to be a studio project, but vocalist Christian “Chrigel” Glanzmann received so much positive and supportive feedback, that he decided to start a real band and released their first full-length album Spirit in 2006. Like in a traditional folk music bands, Eluveitie has a swarm of members including  Glanzmann on vocals, mandolin, whistles, pipes, gaida, acoustic guitar, bodhrán, and harp, Merlin Sutter on drums, Ivo Henzi on rhythm guitar, Anna Murphy on hurdy gurdy and vocals, Kay Brem, bass guitar on Patrick “Päde” Kistler, bagpipes and whistles, Rafael Salzmann on lead guitar, and Nicole Ansperger on violin. Singing partly in English and partly in Gaulish, which is an ancient, Celtic language spoken in Switzerland area from 500 BCE till 500 AD, the band has stimulated a massive range of interest all over the world. The band signed with Nuclear Blast Records, releasing the broadly acclaimed album Slania in 2008. This was followed by a whirlwind of success that saw the band rattle out more successful records and tour all over, building an army of followers.  Now, in 2014, they release their sixth studio album titled Origins , to much anticipation.  With many moving parts going on with the band, this album features writing contributions and arrangements from the angelic Murphy, guitarist Henzi, Sutter, and Ansperger, while being co-produced by Coroner guitarist Tommy Vetterli.

Beginning with the introductory track, “Origins,” the peaceful storyteller of Alexander Morton takes the listener to the fantasy land, to the scenery of the Lord of the Rings, where there are beautiful green hills and all the fantasy creatures. This leads into the song “Nameless,” which smoothly adjusts from the intro and continues the same Celtic feeling, but spiced up with heavy guitars and deep growls of Chrigel. “From Darkness” is faster, but continues the same line, while also having a fantastic and rare violin solo by Maria Korndörfer. The song “Celtos” is the first of the album that mixes beautiful female vocals with Chrigel’s growling. The song inspires the imagination, drawing a picture of Celtic party where people dance.

Moving along, “Virunus” has a melancholic tune and more aggressive growls mixed with fascinating pipe solos by Chirgels. Another spoken track, “Nothing,” features the voice of Karen Bartke, and this track flows into “The Call of the Mountains,” which is fresh and different, and is a track sung solely by Murphy.  The song has a feeling of Within Temptation’s style, which is not a bad thing at all. Returning to heaviness, “Sucellos” erupts featuring an interesting ritual-like, spoken solo midway through and gets a step lighter towards the end.  This goes into “Inception,” which continues the death metal line, being one of the heaviest songs of the album. Lightening the atmosphere up nicely is “Vianna,” with Murphy’s beautiful voice and a cheerful piping.  In contrast to that, the vibe of the song has an underlined melancholic feeling .  “The Silver Sister” has more thick guitars with a nice, delicate pipe solo that brings the perfect contrast to the vocals. The song “King” also represents the heavy side of this album but with a Celtic twist which is a marvelous violin.  Conveying immense emotion, “The Day of Strife” is a vivid song with release of desperation that listeners can surely relate to.  Providing another spoken word piece, “Ormios” comes before “Carry the Torch.” “Carry the Torch” is impressive, with clearly articulated Gaulish lyrics that have a battle-like feeling.  The final track of Origins, titled “Eternity,” begins like the opening track, with the storyteller peacefully ending this chapter in Eluveitie’s history.

Origins is very versatile with many different elements and feelings through the album. However, some listeners may feel there a little too much going on at times.  The band successfully creates the images of the Celtic scenery to the listener’s mind at the beginning of the album, but while the album gets heavier towards the end, the Celtic elements also decrease.  The Gaulish language sounds very intriguing and it brings the album a lot of deepness and plausibility.  Origins plays out like a real story ripped from the pages of an ancient tale with a whole spectrum of heavy and Celtic music. CrypticRock gives the album 4 out of 5 stars. 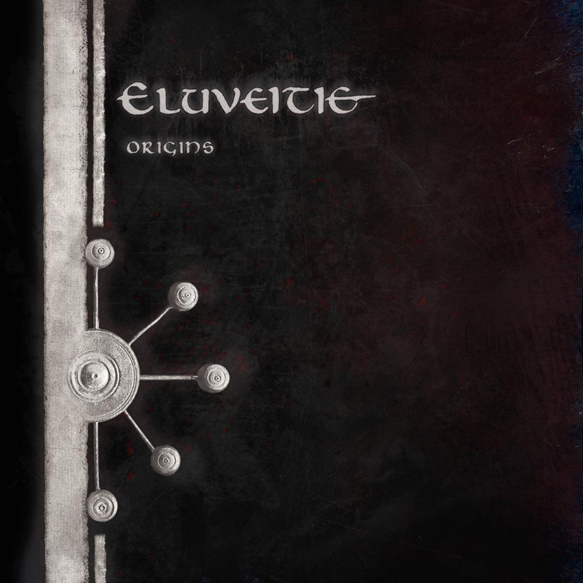 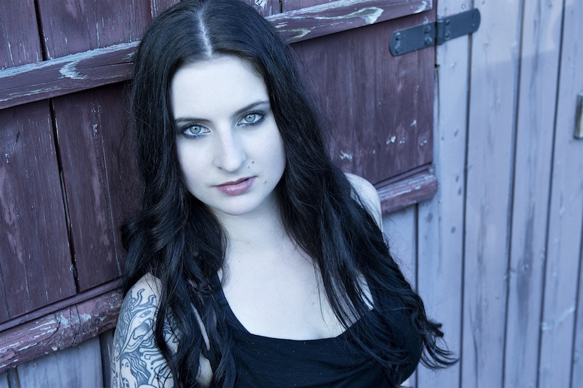