A serial killer stalking a babysitter is very common in Horror films, but we rarely see a babysitter being the antagonist of the story. Released on March 4th on VOD via Dark Sky Films, Emelie engrossed audience with high hopes of a newly reinvented plot; it was not going to be the stalker against the sitter, it was going to be the sitter against the kids. Directed by Michael Thelin (Confessions 2009, War Game 2010) and written by Richard Raymond Harry Herbeck (Cloverfield 2008, The Cabin in the Woods 2012), Emelie started out with high hopes and slowly fluctuated. 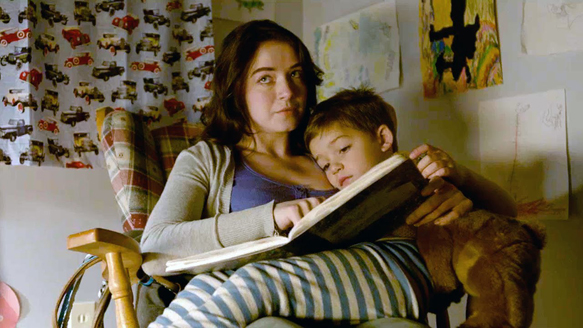 With a popular selection of the cast which includes Sarah Bolger (Once Upon a Time series, The Lazarus Effect 2015), Chris Beetem (Black Hawk Down 2001, Mr. Popper’s Penguins 2011), Susan Pourfar (The Sopranos 2004, Irrational Man 2015), and Joshua Rush (Mr. Peabody & Sherman 2014, Break Point 2014), Emelie had more positives than negatives, thus it gives the audience faith and hope it will deliver their promise. The premise of the movie itself is enough to make us grab someone’s arm and squeeze it tightly out of being scared. Any time a Suspense film makes audiences want to do this, it is worth the time and money they have invested. 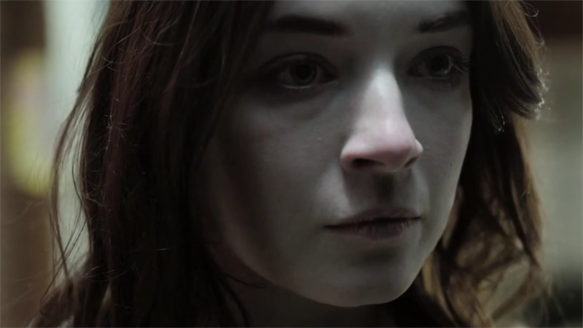 When Dan (Beetem) and Joyce (Pourfar) decide to hire a babysitter to take care of their three children – Jacob (Rush), Christopher, and Sally – they never imagined the babysitter was going to be a usurper. At the beginning of the movie, we see a girl that has been taken away in a van. It gives the idea that kidnappings are happening in the city, but the story is not about that girl, the story is about Emelie. At first, Emelie (Bolger) seemed like a babysitter you would hire right off the bat, but as the story unfolds, we see a darker side of her that turns into a Psychological terror. While the Thompson’s are enjoying a night out and celebrating their anniversary, Emelie has plans for the kids, and not the kind regular babysitters are used to. While it is true that Emelie might not be the most honest person in the world, her reason behind all her evil doings is justified in her own mind. The past is haunting her, and she only has a small window of opportunity to fulfill her plan. With the help of someone who might be lurking in the shadows, will she succeed in finishing her master plan, or will someone finally make her take a taste of her own medicine? 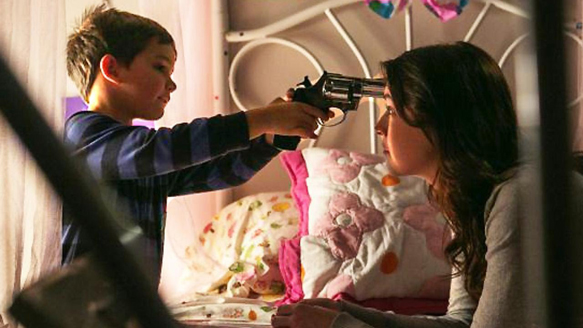 Herbeck wanted Emelie to shock audiences with something no one has really thought of before. When he wrote the story, he wanted to take plots to another level, and after watching this film, he prospered. Emelie started off great, then pace of the movie slowly but surely picked up as it builds hype with every minute that passed. Although, Emelie does take a detour along the way and some viewers may find it loses focus on what the story is really about. All in all, it is a good film worth watching if the idea of a babysitter being the bad guy amuses viewers. Emelie leaves the audience drawing their own conclusions and the cliffhanger leaves the door open for a possible sequel. Will Emelie be back to terrorize another family? CrypticRock gives Emelie 3.5 out of 5 stars. 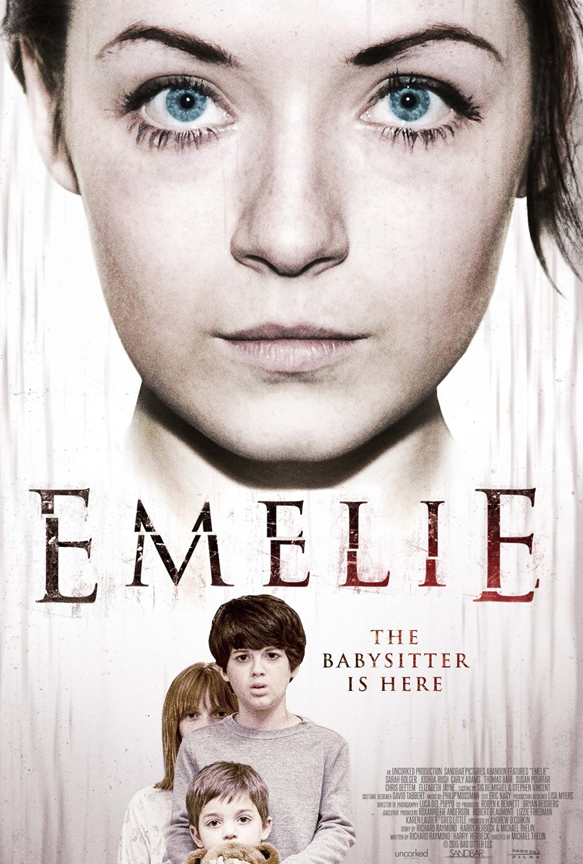