Alternative rockers Emery have announced west coast dates for their The Weak’s End 10 Year Anniversary Tour which is being described as an “interactive experience” which will also include a live Q&,A, storytelling and more. The band (including original drummer Devin Shelton) will be playing their first record front to back, as well as other classic Emery tunes. Special VIP tickets/ packages are now available at http://bit.ly/mre2014. Lending support on this run is Classic Crime, This Wild Life and Peace Mercutio.

Emery recently re-branded their popular website The UN-Learning Blog as Bad Christian (www.badchristian.com), to serve as the umbrella under which they plan to launch a number of other ventures, including e-books, public speaking engagements, living room tours, a weekly podcast, and a record label called Bad Christian Music.

Emery’s next LP “You Were Never Alone” will be released via Bad Christian Music early next year. Emery began in 2001, selling over 500,000 albums on Tooth and Nail Records, and playing thousands of concerts all over the world. 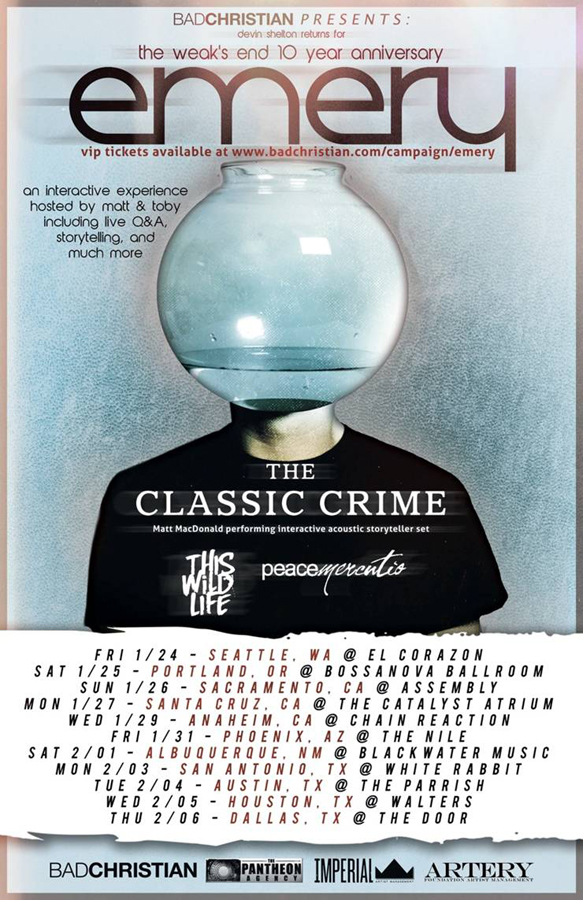