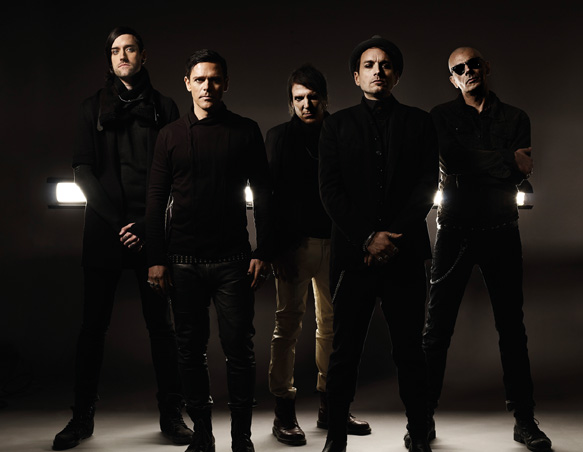 Rammstein fans rejoice! Richard Kruspe’s powerhouse band, Emigrate, have finally released their self-produced, sophomoric album, Silent So Long, on December 9, 2014. The first offering since their self-titled debut in 2007, this European Alternative Metal band consists of Kruspe on lead guitar and vocals, Olsen Involtino on rhythm guitar, Arnaud Giroux on bass and backing vocals and both Mikko Siren and Joe Letz on drums. Basing themselves in New York, Emigrate involved quite a few major vocalists on Silent So Long, including Lemmy from Motörhead, Korn’s Jonathan Davis, Canadian born Berlin-dweller Peaches, plus Frank Dellé from chart-topping German group Seeed, and then finally having Ben Grosse (Slipknot, Marilyn Manson, Thirty Seconds to Mars) mix the album. Kruspe goes on to explain how he just wrote the songs and the vocalists all fell into place stating, “You know, I’ve had about five moments in my music career when I’ve been left smiling like a child – one was when Rammstein sold out New York’s Madison Square Garden in 20 minutes (2010), but the last one was hearing Lemmy on tape.” In an interview about the making of the album, Davis highlights that it was “the easiest collaboration I’ve ever done. Richard sent me the track, music, lyrics and even vocals completed. All I had to do was follow his lead and I was done.” With the collaborative spirit of the East German punk scene, Kruspe has always put value on those around him, and this time he has added background vocals by Dirty Mary’s Margeaux Bossieux, giving yet another dimension to the collaborative effort that has become the Rammstein guitarist’ s brainchild.

The first track, “Eat You Alive,” features Dellé and immediately reminds the listener of Rob Halford’s vocals in “Electric Eye.” It grooves like Rammstein and sets the tone of the album, with all parts of the band distinguishable. The third track, “Rock City,” is iconic Lemmy. It is an agro-electronic mix that suits his vocal sensibilities, with him crooning, “I’ll wait downtown till you come around/Let me be your secret lover.”  Between the title, the pace of the song, and the lyrics, one wuld have thought Lemmy wrote it himself after starting his own industrial band. Though it honestly is surprising to hear his voice, it quickly becomes a favorites of Silent So Long. In Ben Grosse’s own words, the track was “pushing the envelope, and it was nice to see Lemmy do something outside his wheel house.” Different yes, but come on now, what Rock fan does not love and respect Lemmy? The fourth track, “Hypothetical,” features Marilyn Manson, and can be described as nothing short of perfect. It is the industrial supergroup that has the listener banging their collective heads. Everything about that track is perfectly Marilyn Manson.

As the record moves along the track “Born on My Own” is perhaps the best on the album to use as a metric for Kruspe’s vocal and lyrical caliber. A hauntingly heartfelt venture into the downfalls of a power hungry world, it surmises that the world is coming undone and nations are destroying themselves, and people are shaking the shackles of old world beliefs. Singing, “Break down the walls that keep us/Never alone, not born on my own,” it may be a viewpoint of the Berlin wall’s division of Germany and the apocalyptic vibes of the 1980’s Cold War. The closing and title track, “Silent So Long,” features the vocal chops of Korn’s Jonathan Davis. The song keeps with a theme of individualism and departing from a group consciousness into a personal identity.

Though Emigrate has been without a release since 2007, Kruspe and his menagerie of musical friends are silent no longer.  Combining the edge of Rock-n-Roll’s leaders that collectively span five and a half decades of experience and styles, this album has something to make everyone happy.  Its a fusion of styles that mix the edge of Motörhead, the syncopated marching feel of Rammstein, and the vocal chops of the ’90s best alternative metal vocalists.  This is something fans have got to get their hands on and give a listen.    CrypticRock gives Emigrate’s Silent So Long 4 of 5 stars. 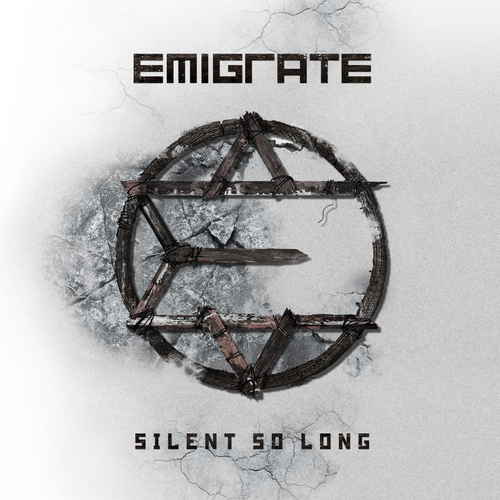