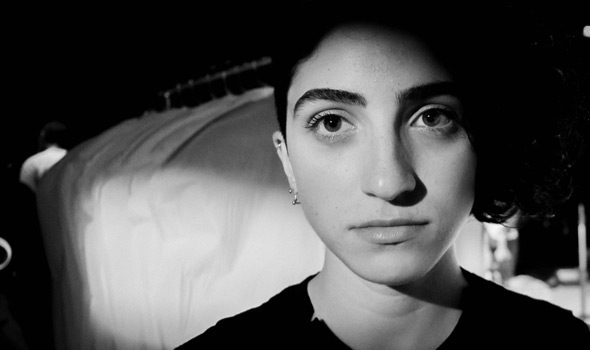 Only seeming to be putting forth her work just a couple years ago, Estefan is already an insanely well-rounded and adaptable artist. While 2015 brought the release of her first track, “Fuck To Be,” the rest is history; playing some of her first sold out shows and being recognized from all parts of the states just soon after. One thing led to the other and her life turned into a whirlwind of never-before-seen talent and opportunities galore, leading to the start of her very own record label, Alien Shrimp Records.

Leading to present time, Estefan has been seen and heard all across the media, and has received nothing but praise since. With a bright future ahead of her, the twenty-two year old is on the right track with her debut album, Take Whatever You Want. Produced and directed by Estefan herself, the album was released on February 3rd via Alien Shrimp Records and RED Distribution. Fourteen track in total, it wonderfully swings off with “Ask Me To,” a brilliantly slow and melodic track, highlighting Estefan’s greatness and wide range of skill.

Moving on with “Reigns (Every Night),” this piece is groovy and one of the first to be heard off of the album; a great song to ease in listeners, it is soft with a touch of Funk. A definite favorite off of Take Whatever You Want, “Alright” is jazzy and filled with a soulful energy that is quite hard to explain without being heard as well. Completely captivating the minds of all listeners with masterful lyrics and an incredible horn section, it is further evidence of Estefan’s ear for music.

While the entirety of the album is pure genius, there are a handful of songs that stand out among the rest, track numbers five and six being some of them. A song that stands against social conformity, the aforementioned “Fuck To Be” is an absolute masterpiece. With brilliant lyrics, an upbeat tempo, and an insane trumpet solo, this track is a journey on its own. Totally relatable, this piece will hit close to home from all corners of the globe, and not to mention the great Jazz that is intertwined. Followed by “It’s Ok,” this piece is bubbly and just about the antithesis of the track before. Filled with great energy and even better vibes, this track is radiating with positivity and crazy talent.

A couple tracks down, “Undone” showcases Estefan’s raw and unique vocals, with soft instrumentation to back her up. Introspective all the way, this piece, just like all others, is truly a work of art, and clearly defies all norms within the music industry. Followed by track number ten, “I Don’t Mind” is another slow and peaceful song that gradually gets better as it goes. Layered with interesting instrumentation, repetitive lyrics, and Estefan’s effortless vocals, Take Whatever You Want is surely an album of the year.

Definitely a favorite, “Take 5” is seriously amazing. Upbeat and funky, this song is slightly all over the place but somehow comes together perfectly. All about women’s empowerment, this piece is fueled by power and equality, a hot topic in the world today. A true role model, Emily Estefan blends her extreme musicianship with real world topics and makes music that is beyond words.

Show-stopping and definitely award-winning, Estefan is a gift from the music gods. With a voice to kill and an utterly unique sense of passion, there is something to be taken from each track; whether it be a lesson or good vibes, each piece is a memorable one. Completely produced on her own, Estefan’s ode to breaking social barriers is beyond brilliant. From funky to groovy and everywhere in between, CrypticRock gives Emily Estefan’s incredible Take Whatever You Want 4 out of 5 stars. 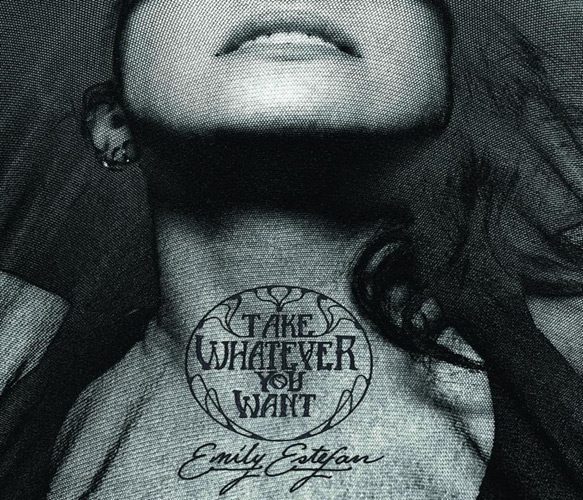