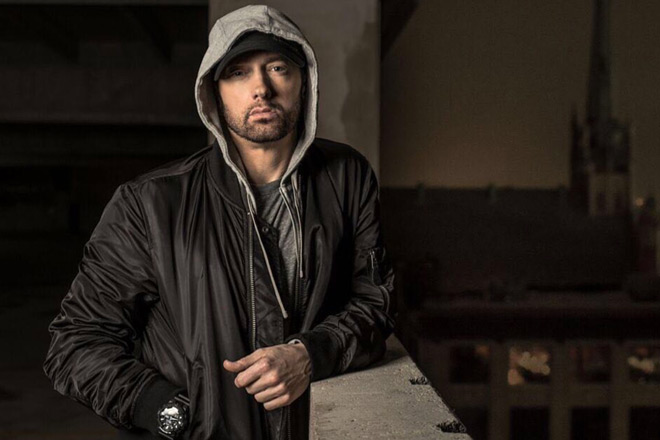 For almost 20 years, Marshall Mathers/Eminem/Slim Shady has been at the pinnacle of the music business. Beginning with his second studio album, The Slim Shady LP, released in 1999, Mathers has had a string of seven straight number one records, has won 15 Grammy Awards, an Academy Award, sold nearly 50 million albums, and been named by Billboard Magazine the Artist of the Decade from 2000-09.

Despite all the accolades and success of his career, Mathers has experienced a great deal of adversity in his personal life. He has been married and divorced twice from the mother of his child, was estranged for many years from his mother, and in 2007, nearly died from an overdose of methadone. Through it all, the one constant in Mathers’ life has been his near-magical ability to wield words in a fashion that blows the mind and leaves his legions of fans yearning for more.

Mathers’ ninth studio album, Revival, released on December 15, 2017 thanks to Aftermath/Shady/Interscope Records, and promises to satisfy fans’ appetites, at least for a little while. The album, with 19 tracks, clocks in at a whopping 77 minutes, about average by Eminem album standards but quite long by industry terms.

There is no official word count, but a wild guess based on adding up the words on a few tracks puts this record near fifty thousand words, or enough to fill a 200-page book. That said, even though the album is long and each track has as many words as a whole Rock album, it is never boring.

From “Guilty Conscience” with Dr. Dre on The Slim Shady LP to “Love the Way You Lie” with Rihanna from 2010’s Recovery, some of Eminem’s most successful tracks have shared credit. Revival continues this tradition. The album opens with “Walk on Water,” a track that features Skylar Grey on the piano and Beyoncé on vocals. The song explores the sometimes crushing weight of expectations from his fans and from Mathers himself. “Water” almost exclusively features Grey’s piano and is a stark contrast to the booming beats that are sure to come.

Mathers shares credit on “River” with current Pop god Ed Sheeran. In 2015, Sheeran related a story about how learning all the lyrics on Mathers’ 2000 The Marshall Mathers LP helped him overcome his stutter. When Billboard Magazine asked about the collaboration, Sheeran’s only response was that it was “the highlight of my career.” “River” is a song about a relationship with a married woman that leads to an unwanted pregnancy and abortion and the accompanying weight of guilt left by that situation.

“Like Home” is a song about being proud to be an American. But Mathers does not let his love of country blind him to the real failures he has seen; he offers a stinging rebuke of Trump’s America. On the track, Mathers calls out Trump’s race-baiting comments, television-viewing proclivities, Twitter habit, spray tan, and more. He mentions Heather Heyer, the activist who was killed by a white supremacist in August in Charlottesville, Virginia. Mathers strikes a defiant tone throughout, but always in defense of America against the threat that he sees from Trump’s rise to power. He sums this up with the lyric: “But you ain’t ruinin’ our country, punk/You won’t take our pride from us/You won’t define us/’Cause like a dictionary things are looking up/So much, got a strained neck/Know we would rise up/Against the train wreck and take a stand/Even if it means sitting when they raise the flag.” Alicia Keys provides the stirring chorus: “This is where it all began/Here’s to the land that made me/And made me who I am/Here’s to the land that raised me/There’s home for the only place that really knows me/From the cracks in the road that drove me/There’s no place like home.”

Skylar Grey, who co-wrote several of the tracks on the album, provides vocals on “Tragic Endings.” The song, presumably, is about Mathers’ relationship with his ex-wife Kim and the reasons why he is unable to let go. Additionionaly, Skylar Grey’s sweet voice is a startling counterpoint to Mather’s frustrated, even desperate, soul-baring revelations.

Earlier in 2017, Mathers appeared on Pink’s album on a track called “Revenge.” Pink returned the favor on “Need Me,” which may be the best collaboration on Revival; Pink’s voice was made to sing over the booming bass and drums on “Need Me.” Mathers even provides some reluctant vocal harmony on one of the verses. The song is about a toxic relationship – maybe Mathers’ with Kim, but Pink has had her share of toxic relationships too – so it is anyone’s guess. Other collaborations on the album include “Chloraseptic,” featuring Hip Hop up-and-comer Phresher, “Bad Husband” with X Ambassadors, and “Nowhere Fast” with singer/songwriter Khelani.

The solo tracks on Revival feature two more politically-charged tracks: “Untouchable” and “Offended.” On “Untouchable,” Mathers takes another stab at the current administration. With a middle finger firmly pointed toward Washington, Mathers makes a bid to lead the resistance.

Some of the other tracks on the album are likely to diminish Mathers’ credibility with that same resistance though. “Remind Me” is a crass, tasteless, and absolutely hilarious track that samples Joan Jett and the Blackhearts’ “I Love Rock n’ Roll.” With the lyrics Mathers channels his Slim Shady persona to great comedic effect.

The album closes with three solid tracks, the first “In Your Head” samples heavily from The Cranberries’ 1994 hit “Zombie.” “In Your Head” is about Mathers’ escape from reality into drug dependence in the mid 2000s and his regrets about including so much of his personal life, especially talking about his daughter, in his music.

The last two tracks, “Castle” and “Arose” are intertwined. “Castle” is written as a series of three letters to his daughter Hailie. The first, dated a few weeks before her birth in December 1995, covers Mathers’ concerns as a father wanting to be able to provide for his daughter and the lengths that he is willing to go to to make sure she has the things he never had. The second, written a year later, just before he “went to California with his CD.” It outlines the commercial failure of his debut album and his doubts about whether to continue pursuing his dream or to settle into a normal job so that he could make sure she was taken care of. The third letter, dated December 24th, 2007, the day that Mathers nearly died from a methadone overdose, serves, in a way, as a suicide note.

As “Castle” blends into the last track on the album, “Arose,” which samples Bette Midler’s 1979 hit “The Rose,” cuts to an emergency room where Mathers expresses all the thoughts and feelings he was unable to say in life. The song appears to close as a nurse covers Mathers’ corpse with a sheet. But, in a twist, the tape rewinds and Mathers gives himself another chance to live. In the alternate ending, he gets rid of the methadone and, in true Eminem fashion, the album ends with a flushing toilet.

Revival is a triumph in many ways for Eminem. All three of his personas are well-represented: Slim Shady gets to be funny and raunchy, Eminem gets to rile up the establishment, and Marshall Bruce Mathers III gets to share his personal pain with the world. Although Mathers has never been shy about sharing his most personal thoughts, Revival comes full circle and shines while doing so. For this reason, CrypticRock give the album 5 of 5 stars. 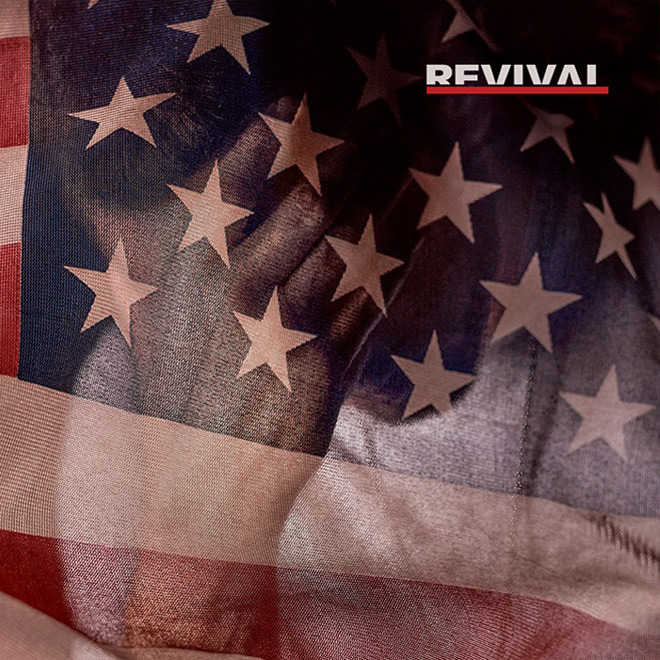