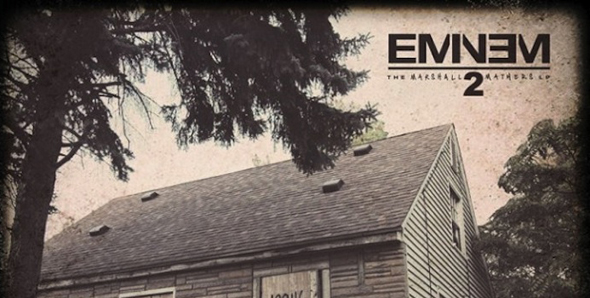 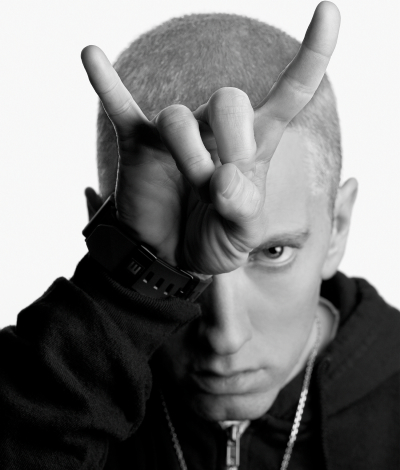 There are certain artists that need no introduction, media hype to promote a new tour, and certainly no gimmicks in order to help push concert ticket sales. Those types of artists are easily recognized and one of them happens to be Detroit, MI rapper Marshall Mathers, AKA Eminem.  Captivating audiences for over fifteen years, Eminem’s latest installment The Marshall Mathers LP 2 is a sequel of sorts to his classic The Marshall Mathers LP (2000).  The album is classic Mathers, Eminem, or his popular alias Slim Shady. Whichever character he is refereed to, all of his personas are in here.  Released in late 2013, the record feels like it came directly after the original Marshall Mathers LP, in fact, some can argue that Mathers has mastered how to continue his musical plot, stories, and timelines.  Featuring work from famed producer Rick Rubin, the album also features many loud guitar riff-driven samples.

The album starts off with a track called “Bad Guy” with music that is a bit slower and almost diabolical. Sung by Eminem, but through the eyes of Matthew whom was Stan’s little brother, again harking back to the original Marshall Mathers LP album. Stan, as listeners remember was an obsessed fan who eventually killed himself and his girlfriend, of course in song only, all because Marshall never responded to his letters he wrote him.  After a short and typical skit in which Eminem pulls a gun out on someone, he musically takes the audience back to the 1960’s. Most people will instantly recognize the music sample for the next song called “Rhyme or Reason” which samples The Zombies’ “Time of The Season”.  A great sample and a wonderful song vocalized about Mathers’ anger and reluctance to know his father due to the fact he abandoned him as an infant. Moving right into “So Much Better”, Eminem raps about a girl who he knows has cheated on him and how he feels his life would be so much better without her, in fact, he wishes her dead.  It is a common theme found in Eminem songs, yet for some reason his anger towards his love life never seems to grow old.  Another common theme found in Eminem songs is reflecting on his childhood and how it was extremely tough, helping him to translate into the man he has become. “Survival”, one of the major standout tracks on the album, is another gem.  The song shows the side of Mathers that will never give up.  However, it does show just how menacing he has become, his pride, and that failure just simply is not an option.

Songs like “Legacy” and “Asshole” show the opposite polarization that his fans have come to love and expect from an Eminem album. The first being him rapping about what he feels is his legacy.  Immediately following this he raps about how much of an asshole he is.  As the song states, he is what he describes and the words are coming straight from his pen, to his mouth, to listeners’ ears.  The first single off the album titled “Berzerk” offers a great sample from 1980’s artist Billy Squier’s “The Stroke”.  A brilliant sample and  song catapulting Marshall once again in order to show others just how berserk he has become and how still after all these years will tear the roof off with his partying, music, and volume of his stereos.  Another standout song on the album is called “Rap God”. This song is probably one of the greatest Eminem songs, if not, Hip Hop songs ever recorded; a five minute non-stop rapping session demonstrating why Mathers is just that, a Rap God. It should be noted that towards the end of the song there is a part where lyrics are being pronounced at a ridiculously fast pace. As Eminem states, ”lyrics comin’ at’cha with Supersonic Speed”; do not sleep on this track. The next two songs “Brainless” and “Stronger Than I Was” again shows the opposite sides of Mathers as seen and heard earlier on the record. One song shows the insane crazy side of Mathers and the other showing fans how he has returned to his former self and glory.

On “The Monster” he duets with Pop Star Rhianna.  Conveying to his audience that fame and fortune has turned him into a monster, how he struggles as a celebrity, and how a life of recluse is somewhat better than a constant life in the spotlight.  This is a very good song and the most polished and pop-like out of the bunch. A fan favorite on the album is bound to be the song called “So Far” which takes its sample from Joe Walsh’s “Life’s Been Good To Me So Far”. Overall it is a fun, up-tempo song showing the multifaceted sides of Mathers and some of his personal hang ups.  “Love Game” again allows listeners to hear a great sample taken from Wayne Fontana and the Mindbenders’ “The Game of Love”.

Next comes something most fans thought they would never hear on “Headlights”.  For a long time Eminem’s issues with his mother, Debbie Mathers, has been known.  Through the years there has been many Eminem songs regarding this topic, some extremely harsh. On this track Mathers apologizes to Debbie and demonstrates the journeys most go through. It is a major accomplishment for Mathers because he actually tells his mother he loves her and that he forgives her. Closing out the album is another five minute song called “Evil Twin” which once again shows the insane side of Eminem.

Sonically, Marshall Mathers LP 2 sounds great. It flows extremely well from track to track and is an audio treat for the ears of Hip Hoppers.  Fans will love it and critics should too. CrypticRock gives this album 5 out of 5 stars. 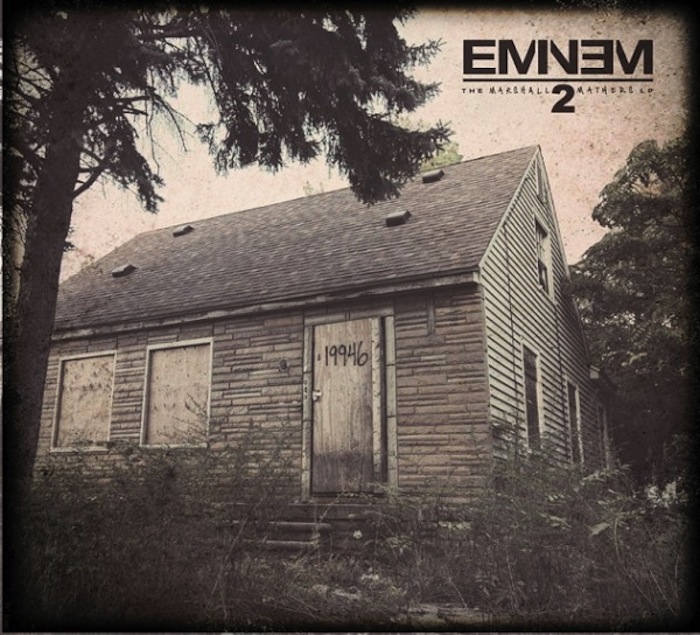