Emperors and Elephants – Devil In The Lake (Album review)

January 17, 2014 Emperors and Elephants – Devil In The Lake (Album review) 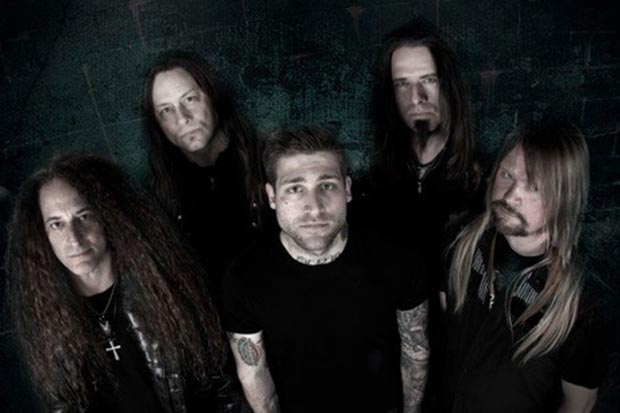 A new band named Emperors and Elephants is emerging from the windy city of Chicago and is about to take the hard rock scene by storm. Founded in late 2010, without so much of even an EP recorded the band has already toured with the likes of SOiL, Dope, American Head Charge, Filter, Pop Evil, and Wayland. Consisting of Jesse Andrew (vocals), Jason Meudt (drums), Jeph Stiph (guitar), Ron “Stoppable” Vanders (bass), and new addition formerly of Texas Hippie Collation, Randy “The Arsonist” Cooper (guitar). After signing with Pavement Entertainment in 2013 the band is set to release their highly touted debut album Devil In The Lake.

The album starts rocking your ear buds right from start with “Bring It Down”. Cooper and Stiph bring the tune in with some notable riffs, followed by the solid rhythm section of Meudt and Vanders. The track is hard, upbeat, and an excellent beginning. The moment you hear Andrew’s unleash his voice you might find yourself thinking the smoky fluidity of his voice rings very close to the great Chris Cornell. Your attention is kept through the next track entitled “Who You Are” which is also the first single off the album with a new lyric video. The song is executed flawlessly in every aspects, showing a band which is a well-oiled machine; highlighted Andrew ability to fluctuate his voice from melodic to gruff. Keeping the momentum going is the song “Your Will”, which many fans have already heard during live performances and immediately fallen in love with. Digging deep, “Man Of God” finds Andrew showing listeners a different dynamic to his voice with untamable and crushing vocals, which is continued on the track blistering song “Locust”.

Changing the pace slightly, “Hit of Red” is a more melodic slow-paced track, creating a unique sound, making for a great mid-album track with passion and atmosphere. Just when you thought you have figured out this band they give you the astounding song “Dead Sleep”. Andrew’s voice flows right through your veins like an addiction as you close your eyes and feel the power of the lyrics and Meudt’s drums create a primal atmosphere for the rhythms which explodes throughout. The song “Change” is a well-crafted piece which begin with the softer side of Andrew’s vocals, some clean guitars, drums, and a bass, which is steadily rhythmic like ripples in the water, leading into an explosive chorus crashing down like a wave. It seems to be an ongoing trend among bands to challenge themselves and take on covering some pretty classic songs. Emperors and Elephants decided to take on the daunting task with Chris Isaak’s 1989 hit “Wicked Game”. Approaching the track with amazing precision while sticking to the classic rhythms the band tastefully step it up a notch adding their own touch. As the album starts to regretfully wind down, “The Ghost in the Mirror” taps a nerve, painting an intriguing picture of the eyes being the window to the soul. The lyrics put you in the mind of the Mad Hatter’s vision, seen through the lens of hard rock, and it’s a great trip. On “You And I” a waterfall of melodies is trickled down with piano and heart-lifting violins. Andrew’s emotional vocals bring the lyrics to life in engaging fashion. Closing out the album is a remix track entitled “Man Of God- Dupermang Remix”. This is a gutsy move as you don’t often see remixes on a band’s debut album. The song is a display of confidence, as dub-step enters the equation, and the band fully spreads their wings.

Emperors and Elephants have shown listeners every color possible on Devil In The Lake with  mature song writing of hard-hitting songs and affective ballads, a classic cover, and a remix. The album is powerful and nothing short of a flawless complete work of alternative rock art. Brad Dausman provides excellent production helping highlight Emperors and Emperors as a polished and tight band, making it hard to believe this is their debut effort. With such a dominant debut, their upcoming tour should attract much attention for those seeking something fresh and new. In fact, Devil In The Lake is perhaps one of the strongest hard rock albums in sometime. CrypticRock.com gives Devil In The Lake 5 stars out of 5. 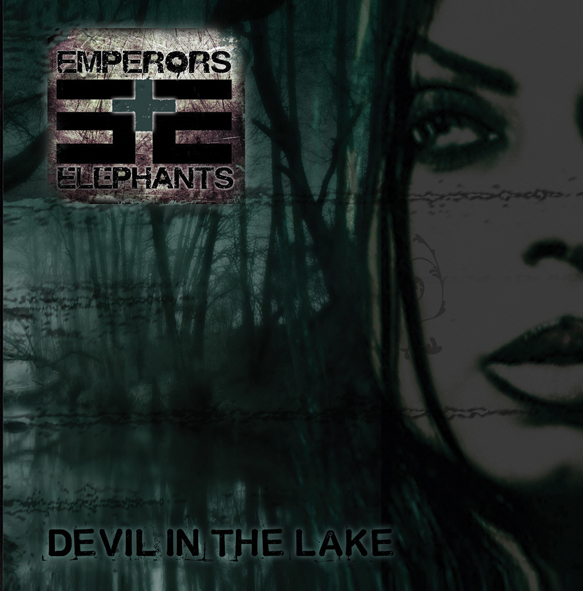