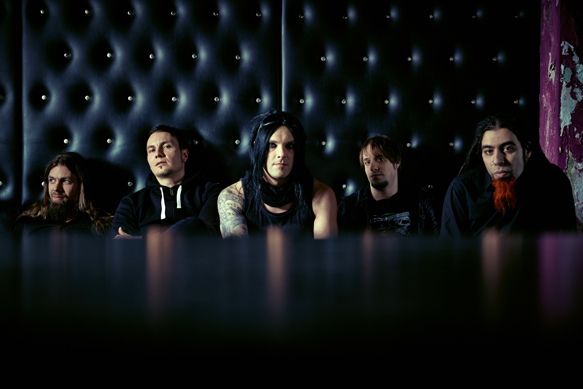 South-German melancholic-metal heroes End of Green consist of Michelle Darkness (vocals), Michael ‘Sad Sir” Setzer (guitar), Oliver “Kerker” Merkle (guitar), Rainer “Hampez” Hampel (bass), and Mattias “Lusiffer” Siffermann (drums). Sustaining the same line-up over their entire career, End of Green has toured with the likes of Paradise Lost, Iggy Pop, and In Extremo. Building a strong following, the band recently celebrated a milestone with their anniversary 20 Years of Selfdestruction Tour across Europe. End of Green has released their eighth studio album, The Painstream, via their new label Napalm Records in 2013.

The Painstream album title sounds beastly and of course you understand what the band is standing for. While some may be surprised upon their first listen to the album, long-time fans know exactly what they are getting; deep tuned guitar walls with bittersweet melodies, paired with the unique vocals of Michelle Darkness, and lyrics without happy endings. As the title and the cold looking artwork promises, this will not be the album folks play during a barbecue in their backyard on a sunny day. The album is however the perfect soundtrack for lonely, foggy, and gloomy nights.

The Painstream has a sound which will definitely push the band to the next level. Evidence of the growing number of Green-followers is the fact that the band has entered German charts at number 13, the highest position ever reached in band history. The reason is End of Green has fused wonderful songs into The Painstream; catchier, more intense, more melancholy than in the past but consistently following the same path they have for years. Back in their early days the boys were often compared with bands like Type O Negative and The 69 Eyes, where nowadays they stand alone as unique and owning sound which they acquired themselves during their past seven studio albums.

The album opens with the up-tempo “Hangman’s Joke”, a typical End of Green song with a wall of 3 guitars provided by Sad Sir, Kerker and Michelle Darkness, along with lyrics like “I’m not dead, I just don’t live”. From the first 30 seconds of the opening, everyone knows where this musical journey is going. “Holidays in Hell” is one of the first hymns of the album, carried by brilliant and ultra deep melody lines from Michelle Darkness. This is the kind of song fans wants to hear from the Greenies and will make their pain-streamed faces happy from the first time it rotates in their player. The song “Standalone” comes along with some Metallica riffing, but convinces with a typical End of Green chorus, while “De(ad)generation” may be the first End of Green pop song.

The journey of The Painstream goes on with its most powerful moments in mid-tempo tracks such as “Home on Fire” and “Don’t Stop Killing Me”; songs Ville Valo himself could not have written better.  In the midst of this chapter of the album is another highlighting song titled “Death of the Weakender” which is an outstanding blues influenced unique dark-rock diamond.

End of green have not reinvented the wheel of dark-rock with The Painstream, but indefatigably follow their way hopefully with more albums like this for the next 20 years of self-destruction! Maybe the songs of The Painstream can spend some time in the shadows of your next barbecues when summer comes, instead of waiting for fall and winter sweating in the coffin.  The album also comes with three bonus tracks including an acoustic version of “Hurter”, giving you plenty of value for your money. CrypticRock gives The Painstream 4.5 stars out of 5. 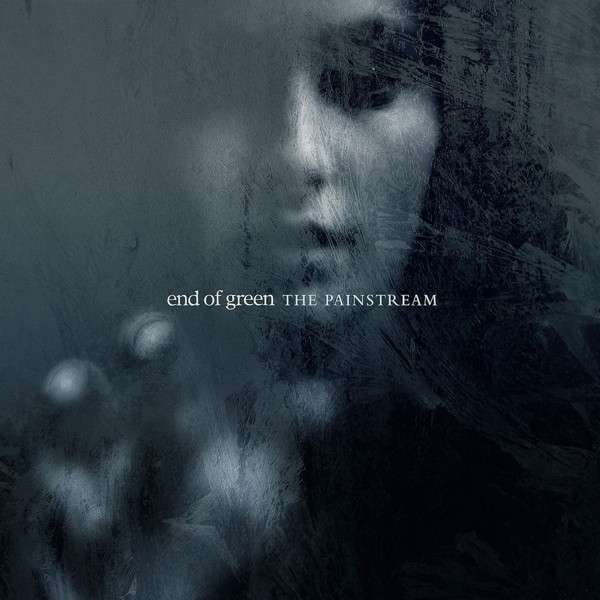