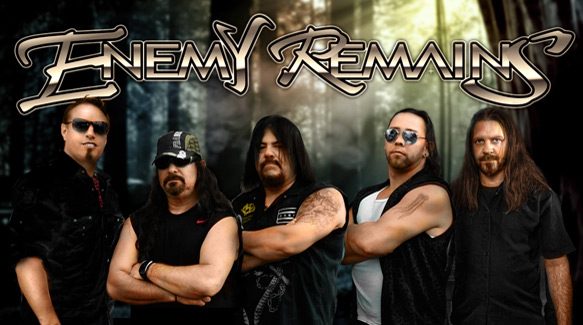 Sometimes an exploration can find a musician discovering a whole outlet for expression. Such is the story with original Fates Warning Drummer Steve Zimmerman and Guitarist Tommy “The Beast” Blardo, who came together back in 2005 looking for something fresh. What happened was the development of a musical partnership that remains strong all these years later. Having shared the stage with the likes of Rock luminaries such as Alice Cooper, Queensrÿche, and Heaven & Hell, the Connecticut native band are one of the Northeast’s most promising Hard Rock bands.

Rounded out with a lineup consisting of Bob Bryk on keyboards, Frank Morin on vocals, Jeff Curtis on bass, and former Find The Illusion member Scott Kadish on guitar, they team up to offer fans their latest effort, No Faith in Humanity. Released on January 20th, the seven track album included pre-production by Jeffrey Weed (Trivium, Korn) and Maor Appelbaum (Faith No More, Sepultura), recorded, engineered as well as mixed by Nick Bellmore (Toxic Holocaust, Kingdom of Sorrow), while being mastered by Chris Zeuss Harris (Rob Zombie, Hatebreed). A new direction for the band, what can be expected from No Faith in Humanity?

More melodic than in the past, the album kicks in with a flash as a seemingly tame piano introduction transforms while Kadish and Morin add a head-banging, blackened Thrash feel to contrast the lyrics on “Colony.” Following with “Trust No One,” the two songs go together thematically. While the vocals appear slightly subdued, the guitar work shreds with utter bliss. Then, “Divided by Hate” features a guest spot from Nick Bellmore (Toxic Holocaust, Kingdom of Sorrow) as the band paint a dark picture of anger and frustration.

Lightening the mood slightly, on “Civilization,” a light piano interlude gives the midway point of the album a haunting vibe. A purposeful disconnect from the more rageful tracks, screaming guitar coupled with some nice bass work to mesh with Zimmerman in the title track, “No Faith in Humanity.” A standout song, there is no doubt this is the title track for a reason, bringing all the elements together that make up Enemy Remains for a crushing breakdown. Heading out with “Breathe Again,” the heavy melodic vibe continues before the angry love song “Empty Inside.” Brilliant noodling during the latter part of the song, it is an in-your-face trip.

As mentioned, Enemy Remains have decided to take a new direction with their sound. A risky move, some more fickle fans may be deterred. However, they do a fine job of keeping Progressive Rock elements alive in the song structures, but this time go for a more Hard Rock/Alternative Metal driven sound. Dark and moody, the tracks are well crafted and possess enough emotion to keep Enemy Remains moving forward. For these reasons, CrypticRock gives No Faith in Humanity 3.5 out of 5 stars. 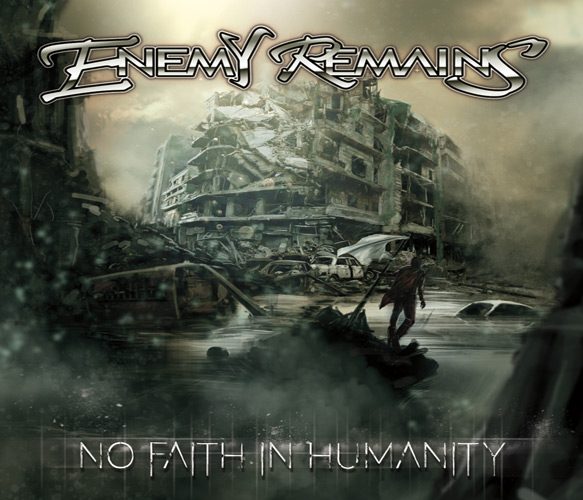