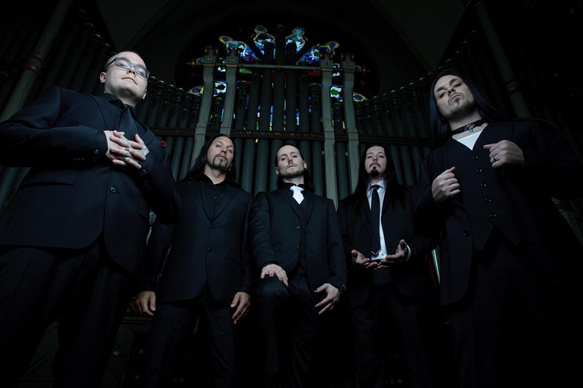 Founded back in 2004 in Gothenburg, Sweden, quintette Engel have built a name for themselves as a respected name in Metal.  Speaking of names, their chosen name for the band has nothing to do with the German word Engel (“angel”).  Instead, their name is lent from the nickname of founder, main-songwriter, producer, and lead guitarist Niclas Engelin.  Engelin continuously haunts the scene since the early days of this millennium with Gardenian and now he is more well-known as permanent member of Gothenburg’s finest, In Flames, where he replaced Jesper Strömblad years ago after being a live-member on tour. Combining Melodic Death, Thrash, Progressive, and Industrial elements, Engel’s first demo was voted as “Demo of the Year” by readers of Germany’s RockHard magazine, and as a result, they opened the Rock Hard Open Air Festival 2006, where they were able to present their sound to a bigger audience for the first time. This success and first proof of life was followed by the release of the critics’ highly acclaimed debut album Absolute Design in Autumn 2007. The next releases, Threnody (2010) and Blood of Saints (2012), consolidated Engel’s place in the Melo-Death genre and enabled shows on several European festivals as well as tour-supports for Amon Amarth, Dimmu Borgir, Katatonia, and Paradise Lost through Europe and Japan.   Now in 2015, the band offer their fourth full-length album Raven Kings released via Gain/Sony.

Engel’s lineup, beside Engelin, consists of co-founder Marcus Sunesson (guitar), Steve Drennan (bass), new members Oscar Nilsson on drums, as well as vocalist Mikael Sehlin (ex-Degradead), replacing Magnus Klavborn, whom now joined reactivated band The Duskfall. To create something special with the new album Raven Kings, produced by Engelin himself, he asked for the support of close friends and colleagues such as Jocke Skog (Clawfinger) for fabricating the truly, monstrously guitar sound, which was recorded in Top Floor Studios by Jacob Hermann and mastered by Jacob Hansen (Volbeat) at Hansen Studios. Adding all these facts together, it should be no surprise the band is fishing in well known “Gothenburg-Waters” with their sound; somewhere between Engelins main employer In Flames or Arch Enemy. The main change from the previous releases is the new singer Sehlin, who leaves his mark on the band’s sound from the first moments in an impressive, varied, and unique way, somewhere between Anders Friden-screams, Alissa White-Gluz-growls, and higher Power Metal tunes. In fact, there are many instances throughout the album  where it seems as Sehlin comes up with the whole range just like that.

The opening song and first video-single, “Salvation,” starts the album like an inferno and reminds in mood, instrumentation, and arrangement of In Flames’ “Take This Life” from Come Clarity (2006). Sehlin shows his full spectrum as a vocalist, when the band seems to be clearing all of Gothenburg’s forests. The monster of a guitar-sound will leave the listener with their mouths wide open as promised and planned. “Your Shadow Haunts You” follows like a cyclone and marks the perfect live fan-interaction with its double bass thunderstorm and “hey hey hey” background vocals, again not without leaving a hack in mind by the great chorus. “Fading Light” and “My Dark Path” continue with perfect hook-lines and skull-crushing riffing, freshened with light electronic parts and modern effects that will flirt with potential to be hits. The very dark, acoustic ballad “I Am The Answer” is an unexpected break and seems to be a foreign particle first, but grows up to one of the strongest moments on the album after a few listens. The track is perfectly performed by Sehlin’s low-tuned Pink Floyd-like vocals and superb background and guitar harmonies. Beginning bulky, both “When the Earth Burns” and “End Of Days” feature great earworm choruses, as do all the eleven tracks until closer “Hollow Soul.”

Engel managed to create a special and fresh album in a genre that sometimes seems to be luscious, shopworn, and an old hat. Fans who are not satisfied with the new direction In Flames offered with 2014’s Siren Charms are urged to check out an alternative with Raven Kings. As Arch Enemy’s War Eternal was an important album for the scene in 2014, Engel’s Raven Kings could and should be the answer in 2015, hopefully with the same commercial success. It definitely is one of the most important Melodic-Death/Thrash albums of the early year. As the lyrics “We Will Rise” are conveyed in the song “My Dark Path,” Engel certainly will, as long as the devil does not playing tricks on them! CrypticRock gives Raven Kings 5 out of 5 stars. 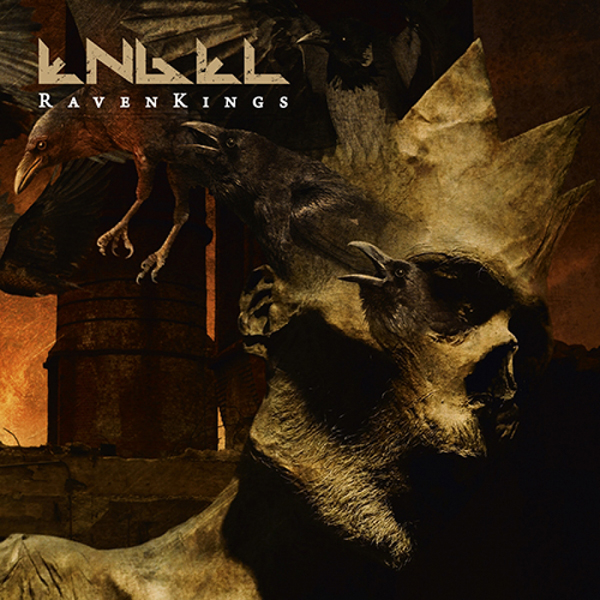