Enigma – The Fall of a Rebel Angel (Album Review) 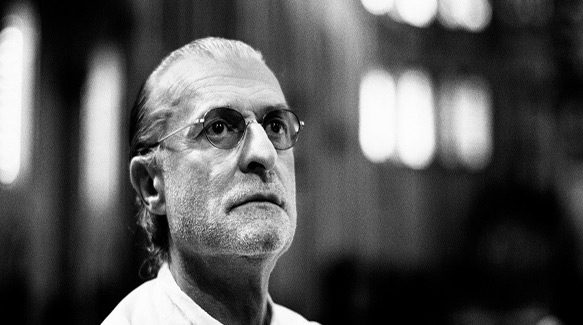 A musical project founded in 1990 by Romanian-German Musician and Producer Michael Cretu, Enigma has been leaders of New Age music ever since. Getting his start in the music business as a solo artist and contributing musician, having reached a level of success as a solo artist, Cretu was working as a producer when he originally conceived of the idea for the New Age/Worldbeat project that would set aside conventional music rules. Anyone who knows anything about music with “pure moods,” then they know Enigma.

The first studio album, MCMXC a.D., arrived in 1990. Remaining Enigma’s best-selling to date, it was helped along by international hit single “Sadness (Part I),” which sold 12 million units. The album reached the top 10 in ten countries, and peaked at No. Six on the Billboard 200 in the United States, where it charted for more than 150 weeks. Earning over 50 Platinum sales awards worldwide, it made Enigma the most successful act signed to Virgin at the time of release.

Since releasing seven more albums, Enigma returned to the sonisphere this winter with The Fall of a Rebel Angel, the eighth installment in a project that spans every musical genre and the globe. Eight years after the release of Seven Lives Many Faces, on November 11th of 2016, The Fall of a Rebel Angel saw the light of day. A little over a month since its release, thus far the album has peaked at No. 1 on the U.S. Billboard Dance/Electronic Albums chart; No. 8 on the New Zealand’s Heatseekers albums chart; and has landed in various Top 20 charts throughout Europe.

The cover artwork is designed and illustrated by German Artist Wolfgang Beltracchi, who also designed 12 paintings that accompany each of the album’s chapters. Adding to it all, The Fall of a Rebel Angel is a concept album about a protagonist’s journey, a personal evolution that ends in a new, fulfilling life.

The story begins with the opening “Circle Eight,” featuring the spoken word vocals of Nanuk. It is an ethereal, aerial track that pays homage to classic Enigma. The atmospheric electronics flow toward “The Omega Point,” an infinite soundscape that reaches outward, onward, toward the omega. There is a perfect sonic symbiosis here: we float from each chapter into the next without pause; the life of our protagonist unravels fluidly.

With “Diving,” there is a soft instrumental pause to keep us floating in place, preparing for the next chapter of our story. “The Die Is Cast” is that chapter: complete with faint Gregorian-style chanting reminiscent of “Sadness Part I” in the background. In this Futurepop meets EDM, meets classic Enigma fusion, Brazilian Vocalist Mark Josher’s sublimely melodic voice beckons us toward the here and now. Enigma MMXVI.

French Singer-Songwriter Anggun enters as our ethereal mother goddess, welcoming and assuring us that our urges are natural. She is the perfect “Mother.” Mystical, melodic, spiritual, worldly, sensual, and yet serenely pure, if one wanted to coin a new phrase to describe Enigma’s music here, it would be “mysticapop.” Gently urging the listener onward toward “Agnus Dei,” a musical prayer of sensual theatrics contains heavy bass and a deep, fat bottom end. Instrumental Enigma music is never simple: it is full of complex layers, stories, voices, and emotions. Here, one is repentant and wanton; a sinner who is coming to terms with his sins.

First single/video “Sadeness (Part II),” featuring Anggun, does not pick up where the original left off. A track that questioned the sexual desires of the Marquis de Sade, the original took a timeless musical approach to lust; while “Part II” is the here and now. With an organ telling our narrative, Anggun once again steps in with spoken word vocals – this time in a mix of French and English. Then listeners come up for air and lose themselves, momentarily, in the instrumental void of “Lost In Nothingness.” Here their breaths fill their cells with necessary oxygen, their cells are nurtured, before moving into a state of “Oxygen Red.” With spliced vocals that create an out-of-body experience, Anggun takes on an almost alien quality as she urges the listener toward a better life. “Don’t be shy, don’t comply,” she instructs. Anggun is adamant that our lives are our own, we must live them as the individuals we are.

Moving on, “Confession of the Mind” takes an instrumental moment to ponder these words of sage wisdom and move toward a great epiphany. In “Absolvo,” the listener arrives and are heralded by a choir of angels. Released prior to the album, the second single/video, “Amen,” is the “Hallelujah” moment of the disc. Featuring the British Dream-Pop duo Aquilo, the final chapter in the journey is the celebration; a beautifully poignant song that is classic Enigma mixed with the modern, creating an anthemic hymn of achievement for 2016.

Four editions of the album are available via Island Records: a standard, single disc edition; two-disc limited deluxe edition digipak; limited super deluxe edition with a signed picture frame and exclusive online content; and a gatefold, vinyl edition. Additionally, the super deluxe edition of the album comes with the story behind the album narrated in English, Spanish, or French. A sonic gumbo of classic Enigma with splashes of 2016 interwoven throughout, The Fall of a Rebel Angel is a musical journey into the soul. The listener is the protagonist in their own story: has one ever questioned, pondered, or dreamt of something more? Those in search of themselves amidst the sonisphere, please come share an “Amen” with Enigma.

For the beautiful musical score, artistic concept and development, and recurrent winks to their own past, CrypticRock gives Enigma’s The Fall of a Rebel Angel 4 out of 5 stars. 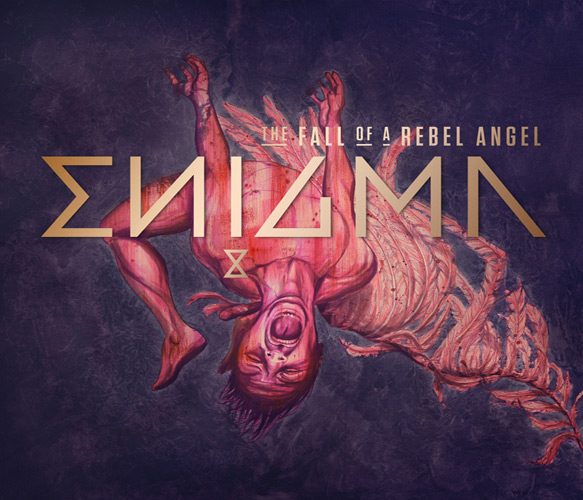