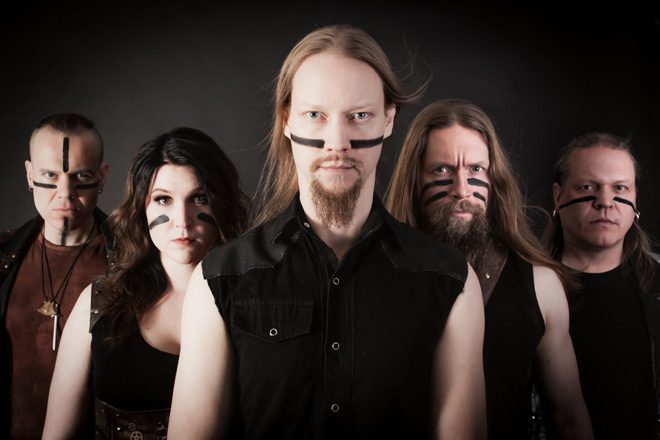 Through the years, Finland has established an abundant Heavy Metal scene. With roots dug deep in Folk Metal, one of the heavier Folk Metal acts outside the ever popular Finntroll and Korpiklaani, is none other than Ensiferum. At it since 1995, their Melodic Death Metal and Folk style is unmistakable. Now, as they are set to return with their seventh studio album, Two Paths, on Friday, September 15, 2017, fans can expect a stew of strong tunes meant to boil their brains with excitement of all who listen.

A determined band, even through the member changes, where the only constant remaining is the founding Guitarist Markus Toivonen, Ensiferum have managed to keep true to their sound while broadening their horizons. Having a steady lineup for over 10 years now, other members who contributed to Two Paths are Petri Lindroos on the harsh vocals/guitars, Sami Hinkka on bass/clean vocals, Janne Parviainen on drums, and newest addition to the team, Turisas’ Netta Skog on electric accordion/backing vocals.

Their second consecutive album with Metal Blade Records, what is unique and intriguing about Two Paths is 2 of the 13 tracks, “Don’t You Say” and “God Is Dead,” have alternative versions which consists mainly of the vocal changes from clean to harsh. Which will get performed live? Well, they probably will switch it up, making for the most interesting proposition. Usually, harsh vocals seem to be favored because it pushes Ensiferum into the Melodic Death Metal world that they have succeed in so well. Nonetheless, it is still intriguing to hear both renditions and how the music still carries the same tune throughout while delivering the same message.

Back to the start of the record, of course as is a common theme in Folk Metal, the battle ballad “Ajattomasta Unesta” opens the album. This is followed up with “For Those About To Fight For Metal;” a feisty, catchy song with harsh vocals, tingling riffs, and a great title. For any passionate Metal fan, there is no greater fight to fight, and this song depicts the battle relentlessly bringing a definite favorite to the mix.

The next two tracks, “Way Of The Warrior” and “Hail To The Victor,” are filled with more fast, ferocious fun. Offering melodic chants, “Way Of The Warrior” is followed by the enticing anthem qualities of the title track with clean vocals and poignant beats. This is before “Hail To The Victor” jumps in with its slowed pace and climatic chorus backed by harsh beats as well as unique vocal stylings.

Overall, Two Paths is a step in the right direction for Ensiferum, and, after two years since 2015’s One Man Army, it proves they still deserve the lime light in Finland along with the rest of the world. One aspect that often gets overlooked is that Ensiferum sing primarily in English, which although possibly second nature, can not be that easy for them. It has to be a challenge to keep their Finnish culture by not using their native language, but accomplish it well. From an American Folk Metal lover standpoint, it is mind-numbing and unfortunate to think there are actually patrons out there who do not appreciate the cultural enhancement of a foreign language to music. Nonetheless, once given a chance, there is no party too dry without it.

Always working, Ensiferum plan on extensively touring in the coming months, so it is highly advised to catch them in their natural habitat on stage. Yet again a job well done, CrypticRock gives Two Paths 4.5 out of 5 stars. 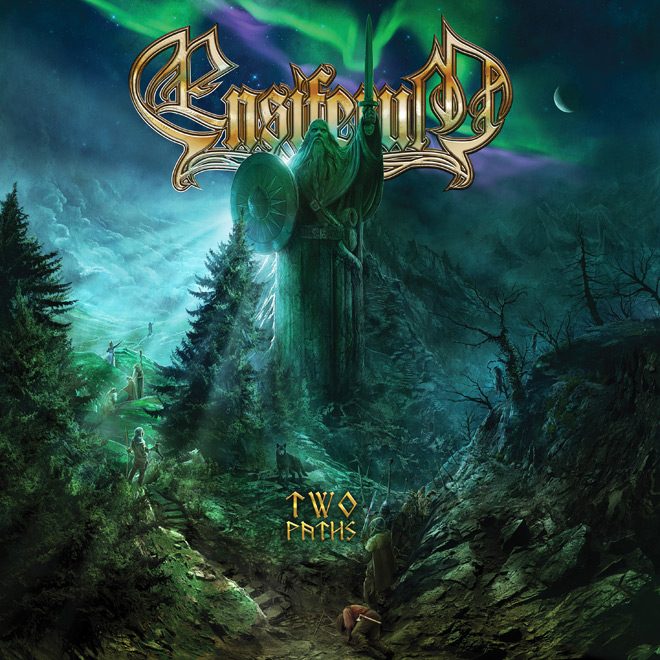