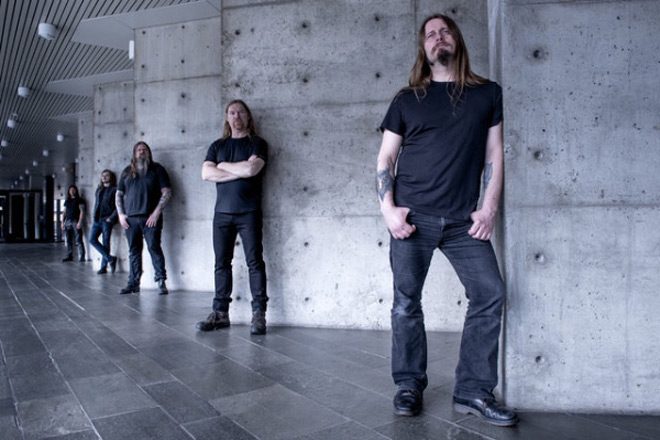 According to weather authorities, the Norwegian mountain town of Bergen receives about 89″ of rainfall per year. Since 1991, another atmospheric anomaly has occurred there, one whose effects have been felt the world over. These are what is known as Enslaved albums. Perhaps not as plentiful as the precipitation, there have so far been thirteen full-lengths, two legendary splits, and a few EPs from these Viking Black Metal originators.

The powers that be have decreed that on Friday, October 13th, 2017, a fourteenth such phenomenon is set to be unleashed, once more via Nuclear Blast Records. Entitled simply E, or Ehwaz for the rune from which it gets its name, the concept explores man’s relationship with the horse throughout time. E follows fairly hot on the heels of its predecessor, the critically acclaimed In Times from 2015. Productive, always pushing forward, how will E stack up in today’s crowded scene, and against the staggeringly consistent output of its creators?

Enslaved, after coalescing alongside the meat and potatoes of the second wave of Norwegian Black Metal, quickly displayed a willingness to create the unexpected. There are those who cling to their first two or three releases, raw and relentless and far closer to the chaotic template of the genre’s bloody birth canal. Yet, who can think of another unit this extreme from the very early 1990’s who has gotten this strong as time goes on? Since then, their fan base has quintupled, they have received national and international recognition for their work, and they have done it all without compromising or diluting their approach to songwriting one iota. For other bands who attempt to be this progressive, it must seem criminally unfair. Enslaved has pushed boundaries of sound while retaining a sense of self that is so intrinsically their own.

So where does E fit into all of this? For starters, Enslaved fandom was a bit rocked when long-time keyboardist and clean vocalist Herbrand Larsen up and left the fold in 2016. His work was a big part of the band. As fortitude results in good fortune, they rebounded with the addition of Håkon Vinje, a young man whose work on E is immediately apparent and every bit as good as his predecessor.

Listening to E, it becomes apparent that the work of founding guitarist Ivar Bjørnson and his partner of ages, Grutle Kjellson (bass guitar/harsh vocals), in projects like the pagan folk collaboration Skuggsjà, have crept into the day job. Given the Enslaved treatment, elements of the traditional or Folk variety are synthesized into the bones of songs like “Sacred Horse.” The pagan atmosphere of old is conjured, even as the monstrous guitars of Bjørnson and fellow six-stringer Arve Isdal come crashing in, slabs of characteristic Enslaved riffs building higher.

The mid-section of “Sacred Horse” regales the listener with a repetitive, hypnotic breakdown of delicious pagan atmospheres. The lone guitar over the crushing war-drum beat by Cato Bekkevold is joined by a robust clean chorus – this could fit on a Wardruna album if modern equipment were exchanged for traditional. Because Enslaved are such masters of songwriting, this section seamlessly blends into a ripping, Black Metal ending. To say fans will be hitting the repeat button or resetting the needle is an understatement.

After the progressive and almost tame by comparison results of 2012’s RIITIIR, Enslaved brought back a bit more bite on In Times. This continues on E, but with far more of a nod to moments on their ’90s albums or fan-favorite “Havenless” from 2003’s nearly unmatched Below The Lights. “The River’s Mouth,” a regal storm of a track, offers a stunning clean vocal chorus, as Enslaved have mastered balancing such sections with Kjellson’s throaty rasp. Maybe only Finland’s Amorphis or countrymen Borknagar balance vocal arrangements with this level of acumen. This is one of the strongest songs Enslaved have ever written.

If Vinje’s clean vocals are a blast of fresh air, then his keyboard work is the chill of the mountain stream. Channeling their inner Hawkwind, the ’70s sound comports well with what Kjellson often claims was the best era of music period.

The progressive gem of the album is arguably “Feathers of Eolh.” The song opens like a portal to a pristine otherness, unfolding before the listener with repetitive riffing and deep-set intonations building higher. One pictures the beings of some lost mythology chanting in deep chasms to long dead gods. The foundations of the song are heavy beneath the incredible clean sung verses. Bekkevold’s work is a very strong foundation. This one waxes and wanes within its generous 11 minutes, providing an enriching saga of moods for the listener to enjoy.

Album closer “Hiindsiight” is another example of progression with aggression, slower and heavier, led by Kjellson’s ripping throat, riffs like avalanches, and well-placed keyboard accompaniment. A saxophone solo – yes, you read that correctly – somehow blends perfectly into the mix around the halfway point, provided by jazz saxophonist Kjetil Møster.

Speaking of guest musicians, Einar Kvitrafn Selvik, the Wardruna mastermind himself, joins his mates on vocals for these two songs, unsurprisingly considering the amount of collaboration between he and Bjornson. Flautist Daniel Mage also contributes on the tracks, adding to their progressive grandeur.

Whether it is the repetitive, hypnotic opener “Storm Son,” whose jagged riffs and masterful percussion underpin more alpine choruses, or crunchy explorations pierced by clean, clear vocals, such as “Axis of the Worlds,” Enslaved has dropped what may turn out to be the album of the year for 2017 upon the world. Repeated listens of E open before up like the Norse sagas of old, rife with a spellbinding cohesiveness of keys, vocals, riffs, and percussion virtually unequaled in any genre. For managing to keep improving with age, for once more stunning us all, CrypticRock gives E 5 out of 5 stars. 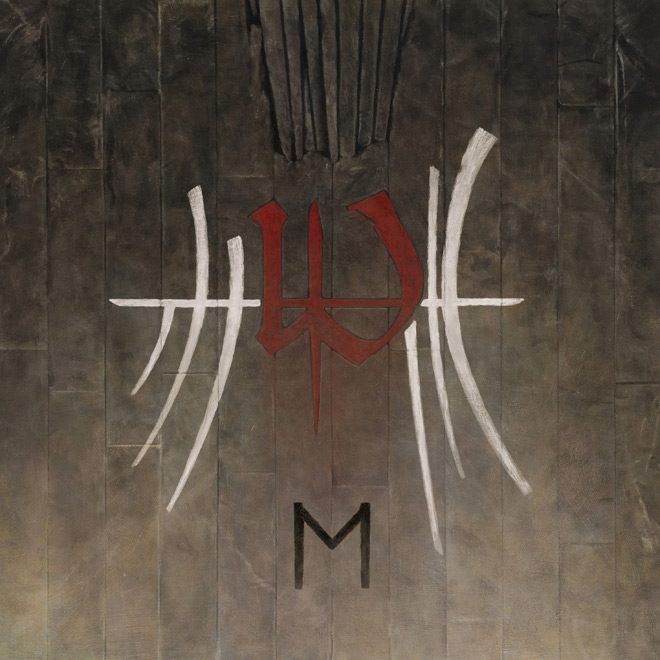