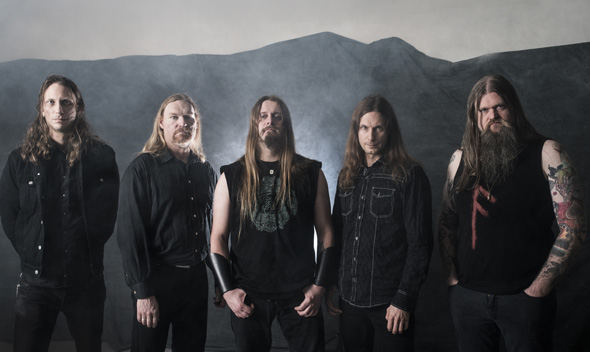 Evolution is a word that makes some people uncomfortable. It implies that the static world with which we are familiar does not follow the rules we expect or prefer. Conditions change, responding to urges and impetus outside of our general understanding. In music, evolution can take its toll on fan bases and band members alike. If forced, calculated, or done at the behest of outside pressure, evolution can destroy a band’s credibility. Most music fans accept a degree of it as inevitable; human beings are not static creatures, after all. In the town of Haugesund, Norway, two young men – boys, really – began a journey in 1991 that when first set out upon, did so shoulder to shoulder with a host of like-minded kids across the breadth of Scandinavia. Grutle Kjellson and Ivar Bjornson have journeyed together since those elder days, steering the band Enslaved from the fjords of a nascent Black Metal scene into the open seas of sky-is-the-limit progression and creativity. Their restless pursuit has lead us to 2015, and the release of Enslaved’s thirteenth studio album. Called In Times, it follows on the heels of a slew of Enslaved albums that have garnered the adoration and critical praise of heaps of zines, websites, and fans worldwide. The band has won awards, being recognized the world over for their accomplishments. Can In Times keep the oars on the long-ship cutting water? How long can one band stay at the top?

At this point, many are familiar with Enslaved and their musical evolution. Experimentation with sound, song length, and progressive elements began creeping into their albums arguably on Mardraum – Beyond the Within (2000). This opus followed their first triumvirate of releases, each of which paid homage to Bathory, the second wave of Black Metal, and yet looking back now, still felt like there was something else they were looking for. Something that perhaps Kjellson and Bjornson were not yet capable of finding. The elements that caused In Times to be would not come together until after a period of tumult. In 2003, Enslaved had been stripped back down to its founding members. In that year they released an album called Below the Lights, solidifying with a lineup that would continue unchanged to this day. From that moment on, the band has continued to set the bar for progressive Extreme Metal, throwing the book out the window and bucking all convention, trend, and concern with what anyone else thinks.

The songs on In Times differ from previous album RIITIIR (2012), just as those on RIITIIR differed from the ones on Axioma Ethica Odini (2010), and so forth back into the band’s past. A bass guitar player in Kjellson, who loves a nice helping of Rush and Genesis along with his Mercyful Fate and Celtic Frost, combines with a similarly schooled guitarist in Ivar Bjornson, giving us magnificent creations such as the breathtaking “Building With Fire.” This song goes down like the smoothest shot of liquor, delighting the ears and igniting the belly. It is such a pure Rock-n-Roll song, with a hypnotic set of bass lines following the riffs. The clean sung vocals of keyboardist extraordinaire Herbrand Larsen are a key to the incredible give and take of this song. Kjellson’s death growl is used opposite the clean vocals to wondrous effect, displaying a balanced attack which keeps the song entrancing from start to finish.

Something that stands out on In Times is the fact that there are only six songs. Each one clocks in at over eight minutes in length, which is something that occurred organically in the studio. For Enslaved, creation appears as abruptly and chaotically as it does in the natural world. In the opening song, Enslaved once more explores the themes of the runes on opening track “Thurisaz.” Aggressive and prototypical Enslaved fare, it adeptly switches between a blasting tempo and the more repetitive, dreaming progressive sweeps that the band perform so well.

In Times follows a less predictable path than its predecessor RIITIIR, reintroducing that sense of adventure and mystery and ensuring that this latest album will soar to the top of an already stellar discography. The smooth, more straight-ahead “Building With Fire” is quite a shift in gears from that opener, “Thurisaz.” The surprises do not end there. “One Thousand Years of Rain” sounds like almost nothing Enslaved has done before. Kjellson’s blackened shriek once more is balanced out by Larsen’s Prog-like ’70s-style clean vocals. The tension building riffs offset by the second guitar and drum tandem herald more tempo changes throughout the song. These guitar and drum duties are handled once more by Arve Isdal and Cato Bekkevold, respectively. In their more than capable hands, a tune within the tune emerges at around the 5:54 mark, the band chants out a Norse poem, speaking of Gjallarhorn and Yggdrasil in an ancient tongue. Suddenly the listener is transported to the Pagan heart of Enslaved, once more bringing to mind the wild spirit of their heritage. Not since the song “Havenless” off Below The Lights (2003) have we heard them use such a tactic to this effective of a degree. The results are nothing short of breathtaking.

From the gorgeous, soulful guitar solos in “Nauthir Bleeding” we come to the title track. Another magical singing job performed by Larsen. Another near perfect marriage of Progressive elements with Extreme Metal fury. The clean-sung breakdown at around five minutes and thirty seconds in has such a recognizable Enslaved riff, yet the vocals over it could have been arranged by David Gilmour or Roger Waters (Pink Floyd). Truly stunning Progressive leanings from a band known for some of the more extreme sounds in the entire spectrum of Heavy Metal music. The last song, “Daylight,” showcases even more of the Prog side of the band, reminiscent of something Devin Townsend might write and arrange. Kjellson’s growl is present throughout the song, but again balance and timing are everything.

In Times is a generational album, created by a band that is absolutely unafraid to be themselves. All the elements they have been steadily increasing their hold upon have come together to stunning effect. CrypticRock gives In Times 5 out of 5 stars. 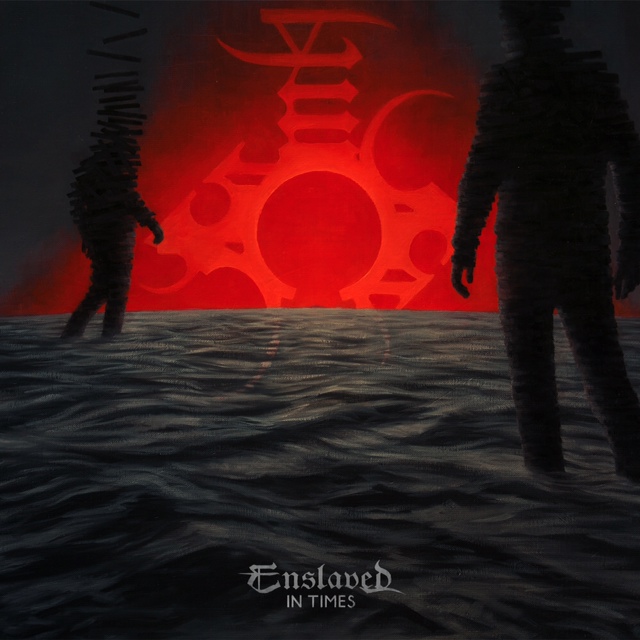