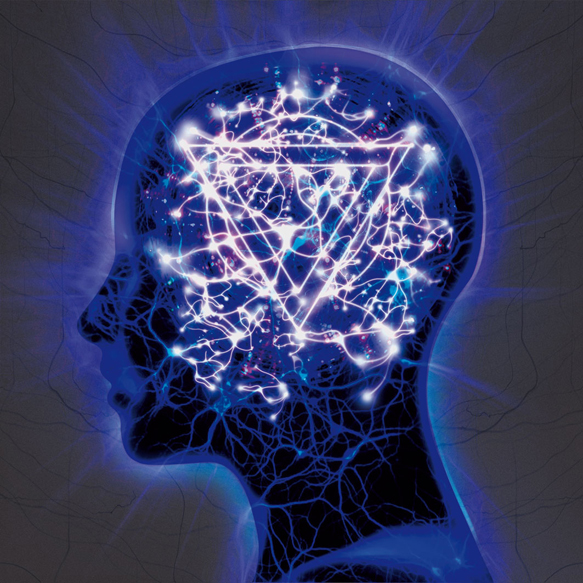 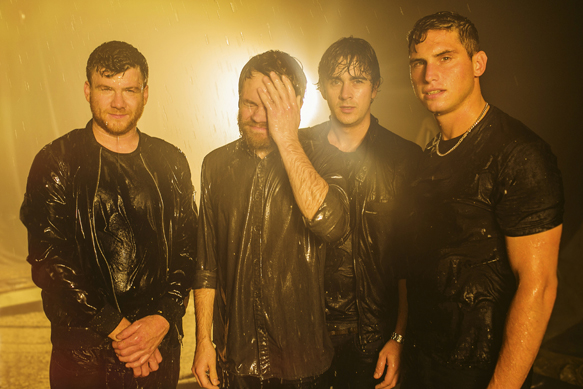 England’s Enter Shikari have always been distinctly known for their unique Post-Hardcore style. Successfully floating throughout the music scene for the past few years, they are back to kick off 2015 with their newest album The Mindsweep. The chaotic structure and swiftly moving sounds leaves listeners floored by the band’s never-ending versatility, and greatly intrigued by what they are truly trying to convey.

Following the line of their usual, yet unusual sound, Enter Shikari fills the album with songs of scattered style and trembling instrumentals. However, the chaotic tracks that really stand out make sense within their sound. The band does an astounding job of intertwining hardcore, electronic, frenzied, and melodious elements to create beautifully unique tracks. The album begins with the words “This is an appeal to the struggling and the striving” in “The Appeal and Mindsweep Part I,” sending off liberating synth vibes from Linkin Park and a bombastic introduction. The Mindsweep’s send off is the second part to this rebellious track, “The Appeal and Mindsweep Part II”, and serves great justice to its counterpart. It closes with the same hardcore energy and electric spunk it opened with, only this track has a sense of finale with the beautifully orchestrated instrumentals. The theme of politics is strong on this record, and is heavily clued in the intoxicating beat of “Anaesthetist”: “Illness is not an indulgence which you shall pay for.”

These messages in the lyrics are even clearer when Enter Shikari’s chaotic trademark is laid underneath spoken word, like in “Never Let Go Of Microscope”. Once again the sporadic rhythms and electronic pulses give off sounds that share the likes of Linkin Park, but Enter Shikari use the lyrical spotlight for their own intent with words like, “But atrocities go untouched under the guise of culture / committed on another mind another heartbeat”. These meanings go even further in hectic tracks like “There’s A Price On Your Head” that brings up the controversy of class differences.

The idea of musical chaos is so potent on The Mindsweep for its varying components. “Myopia” is a never-ending journey for a listener; it begins with an ambient feel supported by atmospheric tones and imagery with dreamy electronic elements, but courses into explosive verses of unclean vocals and staccato riffs. It is hard to tell how it works so well, but it just does. This is a very different track on the record and a few others stand out for the same reason, probably making them the best. Enter Shikari surprise listeners with “The Last Garrison,” a more mainstream Alternative Rock song in sound. The super melodious hooks and smoothness are different from a lot of the rest of the songs, as well as the stripped down track “Dear Future Historians…” Endless amounts of Rock albums have a track like this, but Enter Shikari make this song much more than some sentimental filler track. Its lyrics (“For when I dive into your iris / my brain erupts / into biochemical mayhem”) and mellow grace are stunning and unforgettable, proving Enter Shikari’s captivating powers.

In fact, “captivating” is the key word to describe The Mindsweep. Enter Shikari reels listeners in with every important element of music: memorable hooks, powerful beats, and significant lyrics. This record does everything right to keep Enter Shikari relevant in the music scene. CrypticRock gives The Mindsweep 4 out of 5 stars.