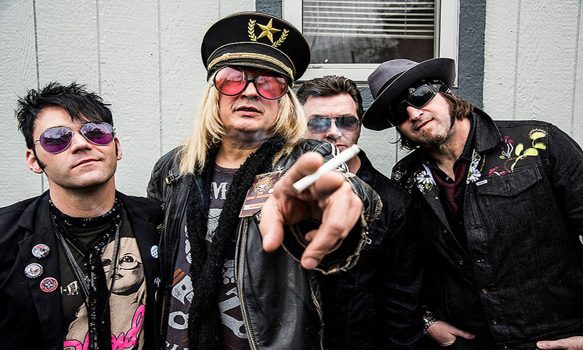 The mid-eighties sparked the high-life of quite a few genres in the Heavy Metal and Rock-n-Roll scene. Amidst all the chaos, one very talented, yet fairly under-noticed, band that fell deep into the Glam Metal category was none other than Enuff Z’Nuff. Lumped into the Glam Metal genre, despite their desire to categorized as Power Pop, thinking that may have gotten them more attention, Enuff Z’Nuff had tons of talent. As mentioned, perhaps slightly overlooked, one could reason, with all the other Glam happening during the era, with acts exploiting their image, this Illinois band remained relatively soft spoken.

One of the few to survive the era, over three decades since and fourteen studio albums to date, Enuff Z’Nuff still march on. Their latest work, 2016’s Clowns Lounge, is actually full of partially re-worked older demos and never released songs originally recorded between 1988 and 1989. A uniquely fun collection, it also features a guest appearance from the late Jani Lane of Warrant as well as an appearance from James Young of Styx on “The Devil Of Shakespeare.'” In addition to it all, featured is original member Lead Singer Donnie Vie. Not a current band member, he had departed for the second time in 2013, graciously wishing then Vocalist Johnny Monaco the best of luck. Currently, the band consists of original Bassist Chip Z’Nuff, who is now the lead singer, along with former Ultravox Guitarist Tony Fennell, Guitarist Tory Stoffregen, and Drummer Erik Donner.

Released on December 2nd, Clowns Lounge contains the essence of the band and captures the passion from their early years, which makes one wonder how a modern tour with modern members will go about pulling off these old sounds, but if the slight reworking is any indication of their capabilities, it seems promising.

Starting out with simply structured yet catchy tune “Dog On A Bone,” it contains barely any lyrics outside of the title. Next up with “Runaway,” deep meaningful lyrics prove to be not in their nature, yet the eighties are completely abound in this song and the bark is worth the bite. This is before “Back In Time” gets the nostalgia going strong while the guitar stands out as fairly complex, in comparison to some of the other more simply structured jams. Standing out as slightly Beatles influences, “Rockabye Dreamland” has a very Hard Rock and Pop flavor of its own. Serving as a ballad, it probably ranks among the most marketable on the album and should be a favorite to the masses.

Midway through, aforementioned “Devil Of Shakespeare” is perhaps the most special cut, featuring both the late Jani Lane as well as James Young. It is well-crafted and undeniably strong, and while it is mostly borrowed, it still works on the album, fitting the overall tone. As push comes to shove, “Radio” and “Good Love” serve as a hearty taste of the classic Enuff Z’Nuff style that  hits on a very down-to-earth level while maximizing sex appeal in the simplicity of the riffs and vocals. More of the same, “Round and Round” again has appeal, but “Nothing” defines the Power Pop style. Succeeding on a vocal and from a lyrical standpoint, there is also some great guitar work for solo enthusiast. In addition to all of that, there are wonderful happenings throughout this tune and the title becomes a lie as it is the extreme opposite of nothing.

Moving along, “Backstreet Kids” is more along the lines of Pop. Although, the contradiction of the guitars give it a similar feel to a White Lion song with the similar vocal versus instrumentation dynamic. Finally, the Glam returns with the final track, simply titled “One More Hit.” A fitting send off, it basically encapsulates all that is Enuff Z’Nuff.

The overall genre labeling of this band is not what determines its worth in the end, and in 2016, putting out an album that sparks from eighties Glam Metal era is obviously a risk. The nostalgia is strong, but the modernization is not as functional as some of the other bands from this era who adapted more thoroughly to modern times. This is not to say selling out to 2016 is the key to success, as plenty of bands still keep their old school flavor on the forefront and reach new levels of success just the same.

Essentially, Enuff Z’Nuff deserved more recognition, Enuff Z’Nuff has never dove away from what they excel at. However, despite setback, they have managed to keep certain stagnancies and fairly uniform sound in tact. All this said, Clowns Lounge as a whole is a good idea as far as getting unheard tracks out there and exposing new minds to old sounds that hopefully can resonate with them now and towards the future. Without further interruption, CrypticRock gives this album 4 out of 5 stars. 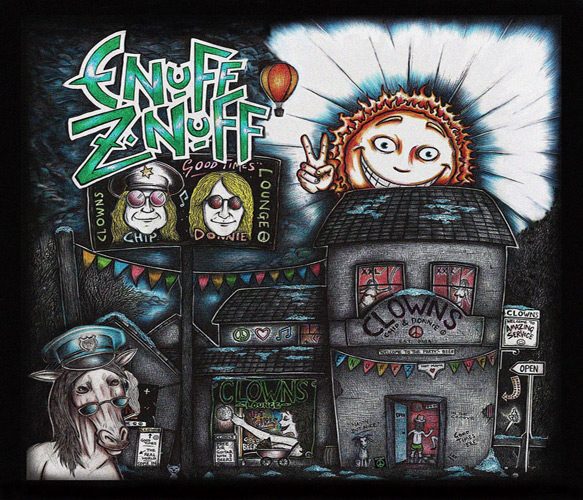