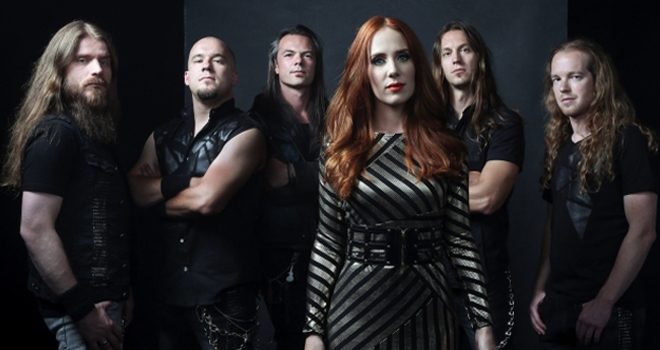 Founded in 2002, Dutch Symphonic Metal sextet Epica have been weaving intensely beautiful, sonic tales for the past fifteen years. With seven studio albums to their credit – from 2003’s The Phantom Agony to 2016’s The Holographic Principle – Epica have become known for quality Metal with a massive sound. Currently on tour in North America with Lacuna Coil, Insomnium, and Elantris, Epica are poised to release an addendum to The Holographic Principle, the six-song EP The Solace System, which arrives Friday, September 1st via Nuclear Blast Records.

Though they had enough fabulous material available from The Holographic Principle sessions to release a double-disc, Epica – Vocalist Simone Simons, Guitarist/Dirty Vocalist Mark Jansen, Guitarist Isaac Delahaye, Bassist Rob van der Loo, Drummer Ariën van Weesenbeek, and Keyboardist Coen Janssen – instead chose to release a single disc followed by this EP. “The Solace System” kicks off its namesake EP with the striking and splendid Symphonic Metal sound that fans expect from Epica. Simons’ voice is flawless and the melodies here are to die for, leading the band into “Fight Your Demons.” Blistering Metal guitars sit alongside stunning, exquisitely haunting synth-work – and those wonderfully spectacular vocals from Simon – creating a multi-layered sound that is massive here. As with many of Symphonic Metal’s greatest vocalists, Simons could stand alongside, say, the marvelous Sarah Brightman on a Broadway stage and hold her own with ease.

“Architect of Light” builds a luscious story that weaves orchestral and choral elements through Simons’ marvelous vocals and Jansen’s darkly ominous growls; creating a sound that is fully enormous, lusciously evocative, and worthy of a the next high-budget Fantasy film. Next, incredibly heavy bass work from van der Loo blends with racing Metal guitars from Jansen and Delahaye to create the approach of “Wheel of Destiny.” This nearly six-minute long epic is a novel unto itself, a stunning display of what Symphonic Metal should be: heavy and light, blistering and beautiful. “We have to earn the weight of truth,” Simons chants as Jansen utters a stream of ominous growls. A racing guitar solo and those amazing sonic layers help to paint the fantastical picture that is Epica.

The gorgeously delicate “Immortal Melancholy” dials it down to a largely acoustic romp that sounds like a dance with the angels in melancholic glory, while, at over six-minutes in duration, “Decoded Poetry” is the lengthiest and final offering on the EP. Soaring guitars sit alongside pummeling rhythms and jackhammering drums that race the band into Jansen’s rough vocal offerings, which are highlighted here and a superb complement to Simons’ angelic operatics; furthering the darkness inherent in this story and creating an outstanding denouement to this collection.

With The Solace System, Epica have woven a glorious spell that serves as the perfect addendum to their 2016 hit release, The Holographic Principle. A continuation that is both intensely beautiful and immaculate, these six songs are a prime example of what it means to be Symphonic Metal with immense artistic talent and heart. For the love of the music, CrypticRock give Epica’s The Solace System 5 of 5 stars. 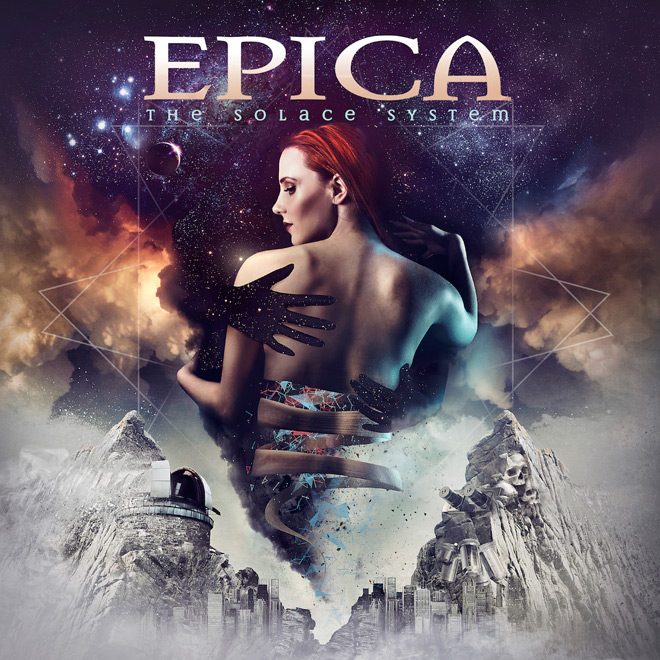