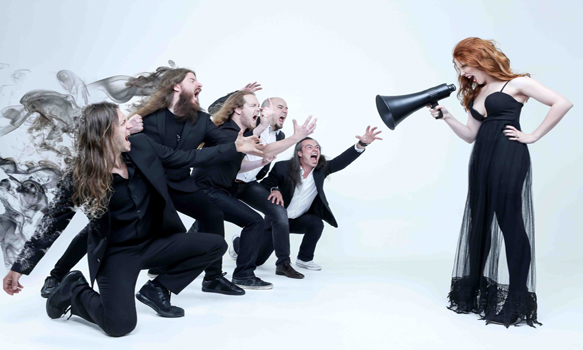 Once upon a time, in a not so distant past, the phrase “Rise of the machines” used to be considered as a fictional concept from the 1984 classic Sci-Fi film The Terminator. The movie, which turned into a franchise and an unforgettable classic, expanded many minds to fear the possibility of robots taking over. Since then, films such as 2010’s Inception, 1999’s The Matrix, and 1985’s Back to the Future, as well as other Science Fiction films, have generated several questions on what the future holds that could include Holograms, Virtual Reality, Flying Cars, and parallel universes.

Currently in 2016, one can theorize that the future is now, what was once considered fiction is turning into reality, and anything is possible. Now, how does one turn these perceptions, thoughts, and theories into Heavy Metal induced music? The ambitious Symphonic Metal act from the Netherlands, Epica, decided they were up for the challenge as they wrote and recorded their album, The Holographic Principle. Released on September 30th via Nuclear Blast, it marks the band’s seventh studio album. Pushing their limits musically, stylistically they have evolved since debuting in 2003 with The Phantom Agony, all the way through 2014’s The Quantum Enigma, shifting to include more brutal and heavier sounds while retaining their symphonic signature.

Twelve tracks in total, The Holographic Principle is an album which has been described as the big sister of The Quantum Enigma with the enhancement of using real brass, strings, woodwinds, and ethnic instruments to give an authentic arrangement. Presently, members Simone Simons (vocals), Mark Jansen (rhythm guitar/growls), Isaac Delahaye (guitar), Rob van der Loo (bass), Coen Janssen (keyboard), and Ariën van Weesenbeek (drums) work to morph Classical and Metal elements while questioning the differences between reality and virtual reality.

Cinematically opening with “Eidola,” it as if one hears the fictional company Skynet from The Terminator (1984) taking over with the creation of Artificial Intelligence. As the opening progresses, eeriness crawls in with its bold death-like orchestrations. Society has moved towards a direction where many seek for perfection as they look down on themselves until they reach a certain weight, hair style, and skill as they tend to forget to accept the present for what it is. This is where the next song, “Edge of the Blade,” takes over. A heavy and powerful tune, it moves with musical layers of excellence as the lyrics scream out, “Your wish for virtual perfection seems in vain. It’s trying to evolve. And why can’t you see with open eyes, all of us are incomplete?”

As the concept of multiple realities progresses, “A Phantasmic Parade” enters in. It has a heavier tune, much more than what was seen in The Quantum Enigma. This is evident as the band has perfected the their orchestral style along with incorporating abrasive Metal instrumental breaks. Next, “Universal Death Squad” comes in with a soft introduction using dramatic strings. It is soothing and cinematic as one can visualize the creation of Artificial Intelligence as this song is seemingly inspired by movies sch as Inception and The Terminator. After the introduction, the tune explodes with merciless adrenaline as Simons’ vocals come in to warn all to “embrace the technological elegy.” It is an ambitious track as the melodies continue to surprise the listener, along with guitar solos that brilliantly sneak their way to the spotlight.

The album drifts off course with “Divide and Conquer” as it begins with the sound of gunshots reminding us all of the turmoil that has been sadly happening worldwide. The music slowly unfolds as the beginning is filled with strings that escalate until it erupts with battle-esque lyrics such as “divide and conquer, show no mercy.” The lyrics continue beautifully to generate a response to the cruelties that are happening with words such as “you fail to practice what you preach,” “abomination,” and “manipulation” mixed with “justify your acts.” Well-written, the melody pounds its way with brutality and anger. The search for freedom while being trapped in one’s own Matrix comes in next with “Beyond the Matrix.” From the second it starts, the listener will be captivated as the chorus opens with “Shine through the sky, beyond the Matrix.” Once the chorus completes its direction, the song shifts to a compelling melody as it remains mesmerizing.

The tempo then drops with “Once Upon a Nightmare,” moving in the direction of a Horror film score. The strings move in as though souls of the innocent are being taken away one by one, as this song was inspired by the German tale about the Erlking who seeks out to steal the souls of young children. Simons’ voice soars through this tune as she sings with optimism, “we are going to fly higher than high, we will take on the sky.” Picking up the tempo, “The Cosmic Algorithm” has a bold introduction as it seeks for answers questioning humanity. It is the theory on the possibility that mathematics could have the answers to the questions everyone asks – “What is the meaning of life” and “Why are we here?” As the song continues to unfold, one would realize that anything is possible, that one must stop asking questions and carry on with life’s endeavors.

As questions continue, “Ascension – Dream State Armageddon” moves in next with a mystical introduction. The melody is harsh and unravels in darker dynamics as the song expresses once you find the answers to life’s mysteries, there will be nothing left to seek as the world is not about needing to know everything. The lyrics emphasize this with, “nothing appears to be what it really is as we believe in the illusions” and “Free yourself from walking in circles.” The album then moves towards a more native vibe with “Dancing in a Hurricane.” It emphasizes the realistic crisis that is happening in this world as “we are forced to live in silence.” It is a tune expressing the wish to find a way to save the world and realizing the fact that we should stop taking things for granted such as affording food on the table.

Nearing the album’s conclusion, Epica continues to expand and inspire with “Tear Down Your Walls.” It symphonically begins on a morbid note as it blisters into a Metal eruption. It is one of the heaviest tracks on the album as it demonstrates how everyone must break their own walls to grow further as a person. The music enhances this as it brings in fortitude movements throughout. Finally,”The Holographic Principle – A Profound Understanding of Reality” comes in next for a beautiful summary of the album’s theme at a lengthy, near twelve-minute piece.

The Holographic Principle is one of Epica’s strongest, most well-constructed albums yet as it is filled with bombastic orchestral counterparts. Listeners can expand their own personal universe, as their minds are awakened to the scientific possibilities, along with headbanging to one of their most aggressive albums. Providing an innovative inspiration to audiences has been the one constant in Epica’s music, and The Holographic Principle is no different. CrypticRock.com gives this outstanding effort 5 out of 5 stars. 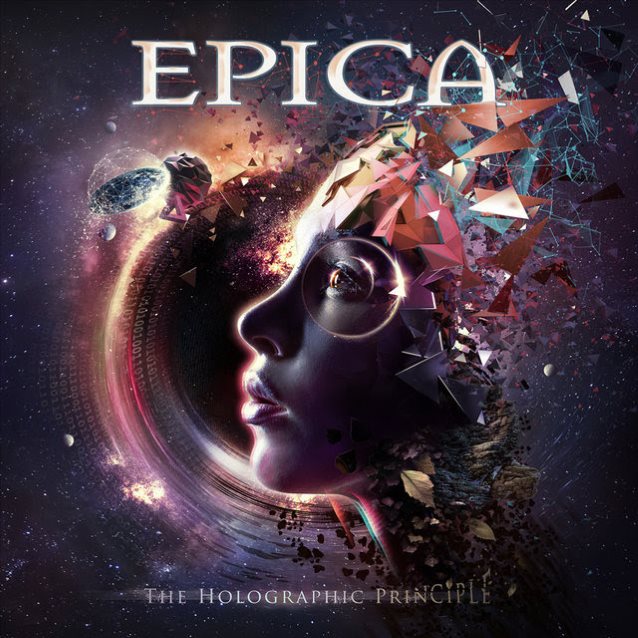