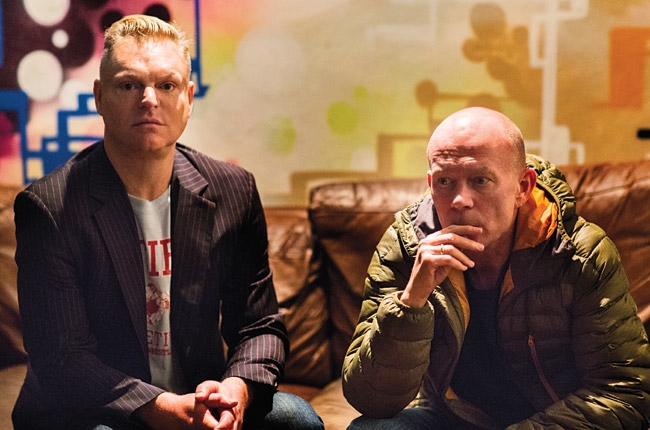 Just in time for the Christmas season, English synthpop 80’s icons Erasure release their new holiday album Snow Globe. Consisting of friends and songwriting partners Vince Clarke and Andy Bell, Erasure has worked together for almost 3 decades with an impressive 14 studio albums to their name. With the exceptional talents of both artists Erasure has captured the ears and hearts of a large international following over the years. Bell’s unique voice has had fans curious about what holiday songs would sound like when performed by him. With Snow Globe Erasure brings their listener curiosities to reality.

Snow Globe is a special collection of classic Christmas songs mixed with original tracks written and recorded in Erasure’s vision of the holiday. Opening with “Bells of Love (Isabelle’s of Love)”, the listener is given an original Christmas spirit inspired track. Lyrically uplifting Bell soothes you speaking of peace, love, and understanding. It’s a heartwarming song in synthpop style bound to please fans of the genre. “Gaudete” is the first single off Snow Globe and it’s a memorable one. On this track Erasure give you a traditional Latin Christmas Carol and bring it to life in their own style. The synthesizers are exceptional with Clarke providing a beautiful background of echoing bells, melody and powerful beat. Bell’s voice has the perfect layering with enough reverb to make you feel like you’re in a massive cathedral. With “Make It Wonderful” in traditional Erasure style we are given another original goodwill holiday song. The track contains strong melodies, harmony, and beautiful lyrics. The best aspect of the track is that it could enjoyed all year-long and not merely as a holiday listen. Keeping balance between new and old the album next goes into “Sleep Quietly”. Originally written by Ruth Heller, Bell’s voice is reminiscent of a child’s lullaby while Clarke dazzles you with plenty of spacious sounds. Continuing with traditional Christmas songs “Silent Night” is kept true to its original arrangement with some atmospheric elements making for an honorable rendition. Back to new tracks, “Loving Man” is a dance like beat with an overwhelming message of love. This is yet another track which is more than just a holiday treat.

Snow Globe continues keeping balance between new and old providing listeners with plenty of variety. With “The Christmas Song” Erasure approaches it differently from previous versions. Although the track is most commonly associated with Nate King Cole, Erasure keep true to the vocal composition while take the electronic sound to the max, making it unique to their vision. With “Bleak Midwinter”, originally based on an English poem, Clarke and Bell paint a relaxing dream like image of winter. Creating their own poetry “Blood on the Snow” is a deep and eerie track. While being striking lyrically, musically the track is stripped to a resonating bass and dark melody. With only one original track remaining on the album Erasure goes a more upbeat route with “There’ll Be No Tomorrow”. With a dance like vibe the message is clear to enjoy yourself and the ones you love even if it’s for one day without worries. The album closes out with three more traditional Christmas songs in “Midnight Clear”, “White Christmas”, and “Silver Bells”. On these tracks Erasure continues a stripped down take on classics. The minimalism of sound laid out by Clarke is more than enough to keep things interesting as Bell sings like a choir boy in magnificent fashion.

Snow Globe is a wonderful collection of new takes on old holiday favorites while mixing in some original concepts. It’s quite a treat that Erasure decided to compose some new tracks for the record and not go the route of strictly covering songs. It’s not too often artists attempt to compose new holiday music and to see it done is refreshing. You will find yourself listening to Erasure originals on Snow Globe winter, summer, spring, and fall. CrypticRock give this album 5 out of 5 stars. 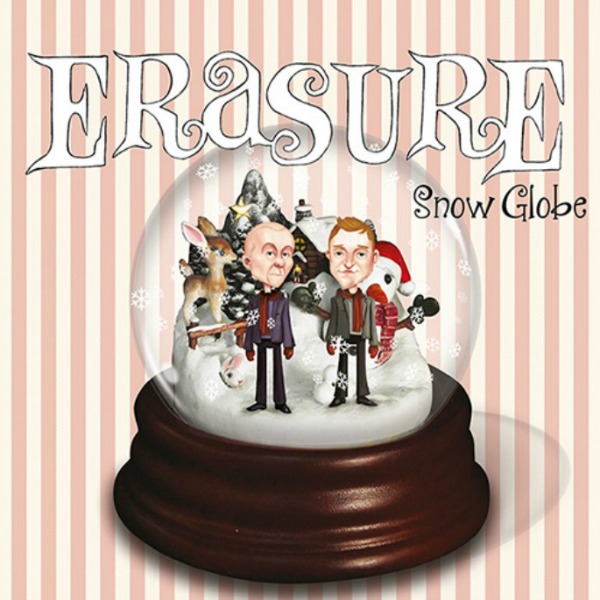