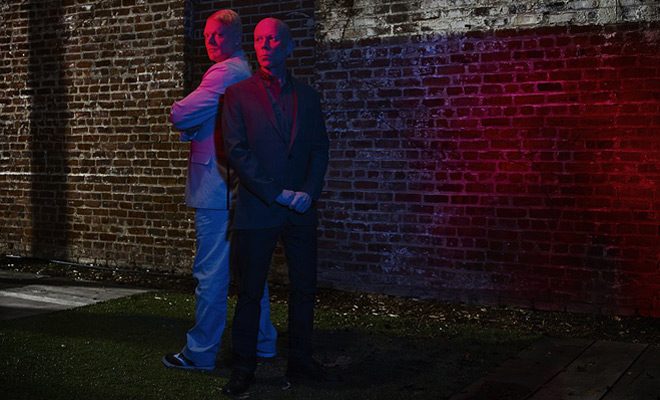 No one can ever justifiably leave Erasure off the golden roster of Synthpop A-listers. Formed in 1985, in London, England, the duo consists of the Opera-style Singer/Co-songwriter Andy Bell and Keyboardist and Chief Songwriter Vince Clarke, the latter of whom came from a royal music lineage.

Prior to forming Erasure, Clarke was the original primary songwriter of another enduring Synthpop pioneer, Depeche Mode; afterwards, of the duo Yazoo (with Alison Moyet as the singer); and then of the short-lived outfit The Assembly (with producer Eric Radcliffe). Most importantly, Erasure is one of, if not the most, prolific and commercially successful in the genre—sixteen studio albums, from 1986’s Wonderland to 2014’s The Violet Flame, many of which are chart-topping; a long string of hit singles that include “Who Needs Love like That,” “Sometimes,” “Victim of Love,” “Ship of Fools,” “Chains of Love,” “A Little Respect,” and “Always”; and a number of prestigious awards, such as “The Best British Group” at the 1989 Brit Awards.

And now, obviously not yet ready to rest on their laurels, Clarke and Bell have concocted  another album that is bubbling with songs with easy-to-sing-along-with choruses and catchy keyboard melodies. Titled World Be Gone, their latest offering is sure to captivate the ears and hearts of not only their seasoned fans but also younger enthusiasts of glossy and dance-floor-ready, synthesizer-fashioned Pop music—the kind which combines the bubblegum glory of ’60s-era The Beach Boys (“Wouldn’t It Be Nice”) and the electronic beginnings of ’80s-phase Orchestral Manoeuvres in the Dark (“Enola Gay”).

Released today, May 19, 2017, on Mute Records, Erasure’s seventeenth effort is a flawless follow-up to its equally infectious predecessor, The Violet Flame; and its overall musicality fits seamlessly into the band’s Pop sensibilities. It marches in with the saccharine, romantic proclamation of “Love You to the Sky,” asking yet again for a little bit of love and respect in a danceable way. The following track, “Be Careful What You Wish For,” slows down the mood and subtly echoes a shade of darkness, while the lyrical sentiment turns a bit uncertain. The title track picks up a similar vibe, albeit the sonic flow becomes smoother, with Bell’s voice assuming a silkier texture and soaring mildly, reminiscent of that of Morten Harket during the a-ha vocalist’s latter years (“Cast in Steel”).

Then there is “A Bitter Parting,” which may be described as a Synthpop musicbox ballad, owing to the shiny, glassy keyboard flourishes. Not yet over, the balladry excursion becomes even much slower and more poignant with the ensuing piano-dominated Sophisti-pop songs “Still It’s Not Over” and “Take Me Out of Myself,” finding Bell in a very soulful and sentimental moment. These songs will fit on a playlist of other silken Synthpop ballads that include Howard Jones’s “No One Is to Blame,” The Style Council’s “My Ever Changing Moods,” Depeche Mode’s “It Doesn’t Matter,” Haircut 100’s “Where Do You Run to Now?,” and The Postal Service’s “The District Sleeps Alone Tonight.”

Albeit still in mid-gear, the shimmery “Sweet Summer Loving” returns the listener to Erasure’s dance-floor sense. Pulsating next in a deadpan mid-tempo is “Oh What a World,” a treat of Clark and Bell’s occasional sarcasm about life. The penultimate song, “Lousy Sum of Nothing,” further relaxes the entire atmosphere and yet, Bell continues to stretch his notes in soaring heights. Finally, World Be Gone closes with the buildup of “Just a Little Love,” which may be regarded as the album’s highlight—what with its foot-stomping and hand-swaying beat and rhythm, a reminder of Erasure’s brilliance in crafting perfect Pop songs that are entertaining and affecting at the same time.

Seventeen albums in a thirty-year career is doubtlessly a great feat. Several charting albums and dozens of hit singles out of this massive discography is an even tougher accomplishment to reckon with. The songs in World Be Gone are easy to remember and appealing either to dance to or to brood with; but before anyone can claim that writing Pop songs is as simple as riding a bicycle or boiling water, one should consider first, that in reality, it takes a serious and genius songwriter like Clark to be able to whip up a collection of hit songs just like that, and a powerful voice such as that of Bell to make those songs soar onto the charts and dive into the very senses of Pop music lovers, young and old. Simply put, World Be Gone is another sure seller and chart-topper, linking itself firmly into Erasure’s long chain of discography. CrypticRock gives it 4 out of 5 stars. 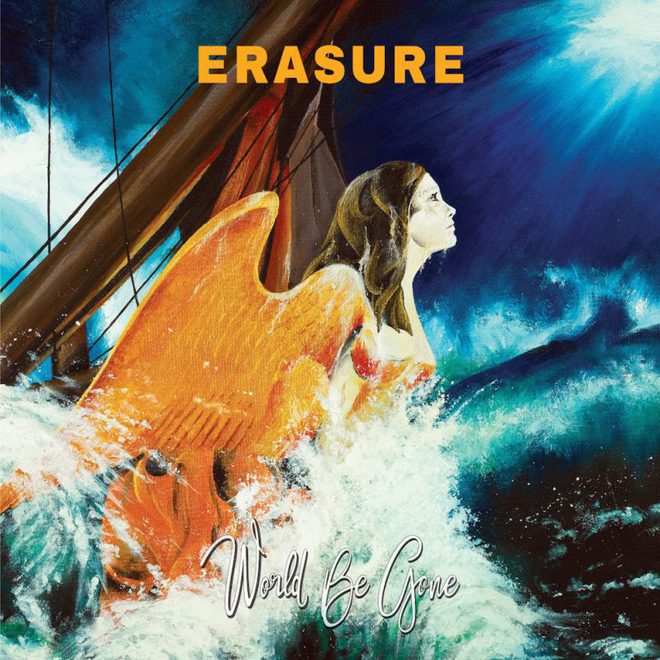