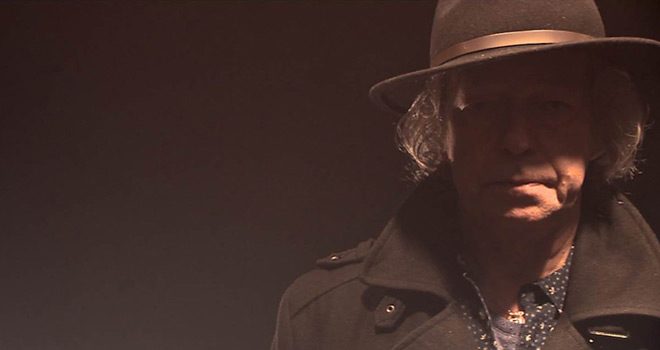 Right in time for the holidays former Thin Lizzy Guitarist and proud connoisseur of the Blues, Eric Bell, is overjoyed to announce his latest effort Standing at a Bus Stop, set for release on December 1, 2017, thanks to the hard-working folks at Of The Edge Productions/Cargo Records UK.

As the follow-up to Bell’s 2016 album Exile, Standing at a Bus Stop is a charming and revealing collection of songs chronicling the life and times of this Irish Rock Bluesman while paying homage to his heroes. Pleasing to the ear, these stories are set to a fine body of Blues, Rockabilly, Jazz, and Jam-Band melodies sure to delight listeners who appreciate the simplicity and candid nature.

Starting off with “Back Door Man,” Bell pays tribute to the most identifiable voice in Blues history, the legendary Howlin’ Wolf. The perfect tribute, Bell shows appreciation to Howlin’ Wolf in true Classic Blues form worthy of a performance at only the best smokey Blues joints in town. A song over 40 years in the making, Bell pours his heart into”One Day Too Early,” a slow and steady number reliving the time he came home early from the road only for his wife to confess she had been sleeping with another man.

Presenting an Irish Folk vibe, “Pavements Paved With Gold” is a sweet tale about hard working Irish folks moving to London to find work but end up spending all their pay at the pub. A story anyone can relate to, one can easily capture the feeling of walking up and down crowded streets on a cold day just trying to figure out this thing called life.

Creeping up on you, “Reality” sings of that feeling when you know a relationship is about to end. Next, “Changing Room” comes in with a fun Jam-Band styling reminiscent of the Grateful Dead as Bell sings of a past relationship where at one moment he was rich and the next he was poor.

Spiritual in nature, “Walking Through The Park” will captivate the listener with the feeling that they are standing in a park at night all alone just gazing at the stars; Bell’s inspiration is a stroll he took through Ormeau Park in Belfast, Ireland. Peaceful, Bell glanced to the night sky astounded that we are simply floating through the universe on Earth, a mere teardrop in comparison to the unknown entities in space.

Tense “Frustration” shares the perspective of a junkie restless for his next fix, followed by Bell’s version of The King, Elvis Presley’s Rockabilly cut “Mystery Train.” One last tribute, “In Memory Of Django,” is Bell’s instrumental ode to Jazz Guitarist – one of Bell’s biggest influences – Django Reinhardt. An inspiration, Reinhardt suffered two paralyzed fingers yet against all odds honed his own way of playing guitar and became one of the most prominent Jazz Guitarists of all-time.

A jolly tune, “Golden Days” features a 1950s early Rock-n-Roll tempo sure to transport the listener back to a time when sock-hops were all the rage. Never looking back,  the title track to Standing at a Bus Stop takes us home, illustrating how we never know what life will bring and, good times or bad, life goes on and we must never look back. Furthermore, Bell experienced both ends of the spectrum as this bus stop in Dublin, where Bell, a successful musician, took the bus to rehearsals. Then, ten years later and out of work, Bell literally found himself standing at the same bus stop feeling as though his world had ended.

With an open heart, Eric Bell details his most genuine and personal stories on Standing at a Bus Stop, encompassed by a wide range of classic yet modernized music certain to keep the attention of listeners the minute they press play. For these reasons,  CrypticRock gives Standing at a Bus Stop 4.5 out of 5 Stars. 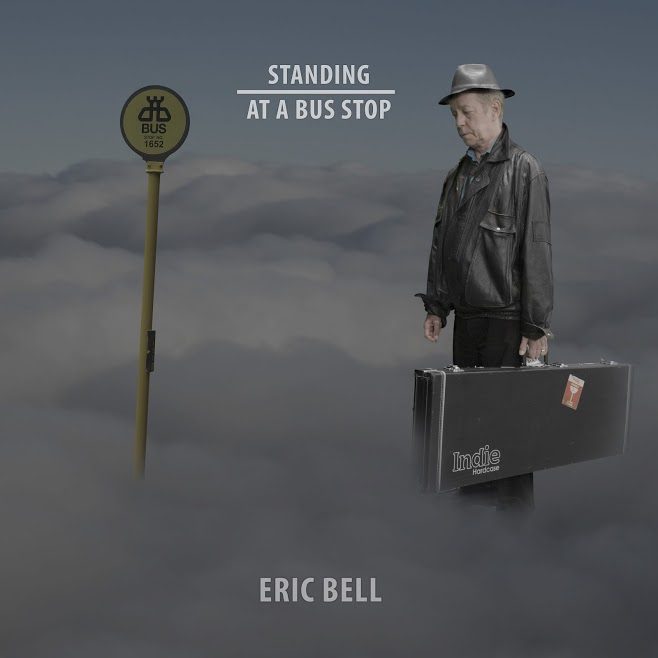 Royal Blood – Typhoons (Album Review) Myles Kennedy – The Ides Of March (Album Review)
Like the in-depth, diverse coverage of Cryptic Rock? Help us in support to keep the magazine going strong for years to come with a small donation.