England’s Eric Clapton is perhaps one of the most renowned Blues/Rock guitarists of all-time. Inducted into the Rock and Roll Hall of fame three times, solo, as a member of The Yardbirds, and as a member of Cream, his influence on Rock-n-Roll has spanned over five decades now. Spending time touring, collaborating with an endless list of other legendary musicians, and active in charitable works, Clapton has been an extremely busy man. Now in 2016, the guitar icon returns with his twenty-third overall solo studio record entitled I Still Do. Set for release May 20th via his own label, Bushbranch Records/Surfdog Records, his first since 2014’s chart-topping Eric Clapton & Friends: The Breeze, An Appreciation of JJ Cale. This latest offering sees Clapton reunite with famed producer Glyn Johns. Johns, who has also produced albums for The Eagles, The Rolling Stones, Led Zeppelin, and The Who, most famously worked together on Clapton’s 1977 iconic Slowhand album. For this latest effort, Clapton put together a 12-track record that includes some original songs written by Clapton, as well as covers of classic and contemporary songs.

The opening song “Alabama Woman Blues,” originally written and recorded by Leroy Carr, begins with a strong rhythm and great arrangement. Taking the listener into a saloon, and straight to the bar, it sets the mood with a Blues and Soul sound that takes over. The album continues with the catchy JJ Cales tune “Can’t Let You Do It.” Those who do not know, Cales penned the tracks “After Midnight” and “Cocaine,” both covered by Clapton in the past. Revisiting Cales material, the easy rhythm of “Can’t Let You Do It” will get the listener moving along and take their mind off the daily worries.

Slowly evolving, “I Will Be There” adds even more heart to the record. Originally written by Paul Brady and John O’Kane, Clapton’s rendition features a guest vocal spot from Angelo Mysterioso. With heartwarming singing, combined with beautiful arrangements, this song will dig deep. Then comes the first of one of Clapton’s new original tunes in the form of smooth, mellow track “Spiral.” Consisting of strong vocals and catchy melodies, it is a song that will help the listener to relax and sink fully into the music. Another new Clapton composition, “Catch The Blues” honors its own title. With a touch of Blues and a female backing vocalist, Clapton keeps up the smooth vibe.

Next comes Skip James’ “Cypress Grove,” which includes even more instrumentation for a full Blues sound. Filled with lots of soul, this song will win the last listener over as Clapton’s entire recording band shines brightly. Then comes the classic vocal song “Little Man, You’ve Had A Busy Day,” which continues the album along a soft path. With only some strumming on a guitar and beautiful vocals, this song is warm, inviting, and lacks nothing. Picking up the pace a bit is the Blues standard “Stones In My Passway” with fuller sound and a louder volume. Whether it is tapping along, clapping, or simply nodding along to the rhythm, it is an amazing track that will engulf the listener.

With just as much passion, but a little slower, Bob Dylan’s “I Dreamed I Saw St. Augustine” pushes the album forward. On this cover, the choruses include some vocal support, stimulating a bar and live spirit. Much slower and smoother than the previous song, “I’ll Be Alright” is perfect for simply swaying along to. Filled with emotions until the last second, it is easily a piece of music to get lost inside. Slightly catchier and with a stronger rhythm, Cales’ “Somebody’s Knockin’” continues the album as Clapton’s electric guitar guides the way into the core of the song to take the audience along an vivid musical journey. Smooth and soft, “I’ll Be Seeing You,” covered by everyone from Billie Holiday to Bing Crosby, concludes I Still Do with a lot of heart and soul. An exceptional take by Clapton, it wraps up all that has been said and done, singing a soft farewell.

I Still Do is a smooth and mellow album. It is handmade music with a touch of Blues and a whole lot of soul. The strong voice of Clapton adds the final touch as the strong and wide musical arrangements, as well as the backing vocalists, add even more depth. I Still Do is an album that will never tire as the musical selections by Clapton are timeless classics. CrypticRock gives the album 5 out of 5 stars. 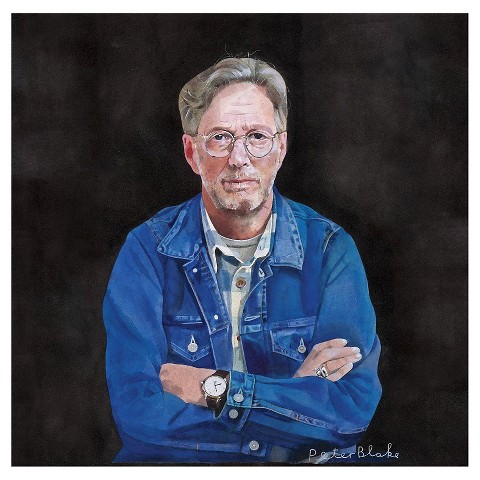