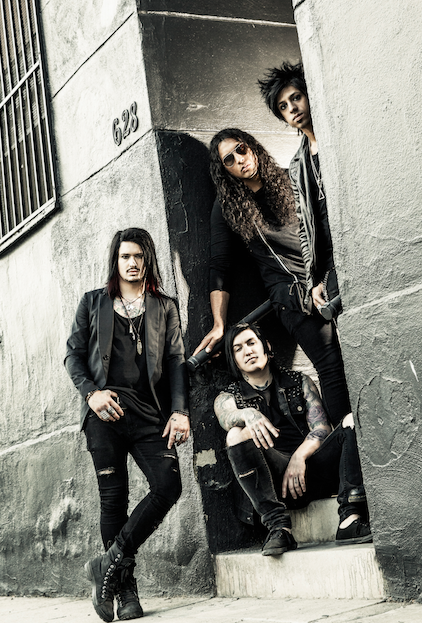 Escape the Fate has gone through many changes since its creation. Originally from Pahrump, Nevada, the band was formed by frontman Ronnie Radke, Monte Money on lead guitar, Omar Espinosa on rhythm guitar, Max Green on bass, and Robert Ortiz on drums. However, after the most noticeable departure of Radke in 2008, the band has grown and morphed in many ways. Finding stability with vocalist Craig Mabbitt , the departure of Omar Espinosa brought around the short career of Michael Money in 2012. In 2013, both Michael and his brother Monte left the band, which brought about the additions of TJ on rhythm guitar and Kevin “Thrasher” Gruft on lead guitar. Furthermore, Max Green eventually left the band in 2012 and returned in late 2013, only to leave once again in 2014.

With all that said, the only consistent member of the band is the highly dedicated Ortiz, who continues to write and perform with Escape the Fate up to this day. Signing with Eleven Seven Music prior to the release of their 2013 Ungrateful album, Escape the Fate has seen a great deal of touring since. Surprising many by touring with Radke’s Falling in Reverse, Escape the Fate has also graced the stages of Rockstar Energy Uproar Festival, Vans Warped Tour, among many others in recent years. Showing their versatility to engage a variety of audiences with their music, the band return in 2015 with their brand new album Hate Me. Released the day prior to Halloween, the new record sees the band working with Grammy award winning producer Howard Benson along with the accomplished Michael Carey. Though some may argue that Escape the Fate is a completely new band, everyone can agree that they have released some very good music throughout their career, and Hate Me comes with high expectations.

Hate Me starts off with the record’s lead single “Just a Memory” and the track begins with bells along with synthesizers, slowly leading the listener into a flowing panic of notes. The steady chords accompany the high screams of Mabbitt, displaying the anger one may feel when betrayed. With a calmer clean chorus, regret splashed with hate brings the listener full circle only to be surprised with an intense solo that completes the wave of emotion one may feel. Trust is strong, but when broken, the hate that follows is more dangerous and powerful than some may expect.

When the next track “Live for Today” comes alive, the listener is graced with a steady tune reminiscent of early 2000’s rock tunes. The track wonderfully contrasts “Just a Memory”, stating that one must forget about the past, move by the hate, and live in the present. Hate will destroy those caught within its grasp and this track brings forth both a wonderful message and rocking melodies accompanied by a steady yet intense solo that differs from lead guitarist Kevin Gruft’s usual style.

“Remember the Scars” starts off with an echoing chorus of the band members’ voices. The melody is somewhat sad, showing that melancholy is soon to follow the anger of betrayal. This track is slightly slower than the previous two, yet it retains its validity and intensity. The track tells the listener to remember each and every scar that they may have obtained throughout life, while moving forward and using pain to grow into a stronger person. “All those tragedies make you who you are, remember every scar.”

The album continues with “Breaking Me Down” which conveys the inability to ignore and let go while someone “drowns” in life as an ever present reality. Someone who is truly compassionate cannot simply walk away, no matter how badly they have been hurt. Cutting out someone you used to care for is no easy task, even if they have caused great pain.

After the sad third track, the album takes a turn with “Alive”. The song describes the struggles of the person who has been broken by their loved one. Even when their whole world come crashing down, they will continue to survive as long as they are alive. The struggles within are just another way the person gets to prove themselves to the world. Through the pain and sorrow, the person works through it all and comes out on top, bettered by each and every experience.

Next, “Get Up, Get Out” begins with a powerful melody and sudden scream. The track displays the struggle with self-blame. During times of sorrow, a person tends to blame themselves for the problem or events that have occurred. Sometimes, a person wants nothing more than to get rid of the vices within them and remove all of who they were and change for a better future. We all want to prevent ourselves from doing something we will regret. This track speaks of ridding one’s self of who they once were so that change may come.

The album’s namesake “Hate Me” speaks of the rage within and how it breaks down everything that a person once was. Eventually, hatred will take over and wipe away the surface of compassion and morals. The person will no longer cares if they hurt the ones who betrayed them, and therefore no longer care if they are hated for the things they say. The inability to take control of the anger causes a cycle of pain and hate.

The next track, “Les Enfants Terribles” or “The Terrible Children” kicks off with screaming vocals and heavy guitar riffs. The track speaks of death before desire and never-ending willpower and the inability to accept defeat. They won’t be victim to the troubles of this world and they will break through each and every wall, burning through the night, never ending and never failing.

The album continues with “I Won’t Break,” a track that speaks of inner power and the ability to overcome the hardships that come with being left behind. Even though the pain is strong and the troubles many, the person will not break or fall. The game of life continues on with the person rushing forth, pushing forward without faltering.

The album comes to a conclusion with the track “Let Me Be.” This track begins with an acoustic arpeggio that calms the listener and shows the happiness of someone who finally has someone to care for. The person has found someone they can help heal as they travel forward together. The conclusion to the album brings the sadness and hate to a close and reignites happiness. The track has a shredding solo that has a metaphoric value of the intoxicating highs that come with happiness.

Hate Me has a message of emotions, those of which are linked to the five stages of grief when experiencing loss. The album has a good message and a decent balance of heavy and light tracks, allowing for wonderful dynamics and interesting changes. CrypticRock gives Hate Me a solid 4 out of 5 stars. 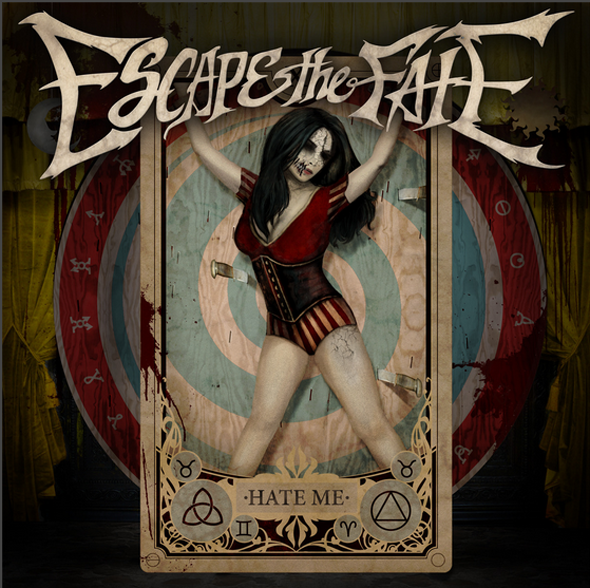