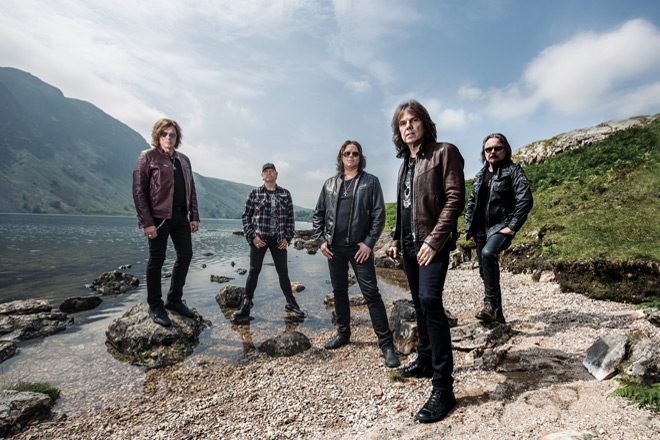 Envision any sporting event, it is a tie game, time running out, without fail, what song is played each time? It can only be 1986’s “The Final Countdown” by Swedish rockers Europe. Formed in 1979, by key members Vocalist Joey Tempest and Guitarist John Norum, Europe have challenged the boundaries of Hard Rock ever since their debut release – 1983’s Europe. Gifted with an innate vision for conceiving music, Europe’s recipe of daring and eclectic Hard Rock would only flourish more as time went on.

Following the release of their sophomore album, 1984’s Wings of Tomorrow, Europe landed their first major recording contract with Epic Records. With a sweet record deal in hand, Europe was set-up for mega success as they went into the studio to record and thereafter release 1986’s The Final Countdown. A chart-topping monster, The Final Countdown would sell over 15 million copies, thanks in part to the title-track soaring to No. 1 in 25 countries. Needless to say, “The Final Countdown” is revered as a timeless element in Pop culture. Furthermore, Europe garnered success with hits “Rock The Night” and “Carrie,” both off The Final Countdown.

The late 1980’s and early 1990’s saw Europe continuing to release successful albums as they toured the planet alongside acts such as Def Leppard and Bon Jovi. Taking a break in 1992, Europe returned in the new millennium igniting a new flame, illustrating a grandiose presence in Rock. All in all, the classic lineup of Tempest and Norum, along with Bassist John Leven, Keyboardist Mic Michaeli, as well as Drummer Ian Haugland, delivered five new studio albums amidst a triumphant return to the concert stage. Now in 2017, through perseverance, Europe return with their eleventh studio album, the bold, Walk The Earth.

Set to launch on October 20, 2017, via Hell & Back Recordings (Silver Lining Music), Walk The Earth was recorded in Royal form at the historic Abbey Road Studios in London. Grammy Award winning Producer Dave Cobb (Chris Cornell, Rival Sons) was at the helm to bring magic to the records. Also, let us not forget, massive credit should be given to the amazing Mike Sportes of Filth Mart after creating the brilliant cover art for Walk The Earth.

Reminiscent to the Rush 1976 classic 2112, with a touch of Deep Purple, Walk The Earth is a cosmic symphony piloting the listener on a vast journey through space and time. Like a rush of blood to the head, the title-track opens in epic fashion, drifting you into a state of consciousness both calming and heavy. A song which speaks of basking in your own glory as Tempest sings, “And we walk the earth like champions.”

From here, they march directly into battle with “The Siege,” telling of a revolution with a prerequisite for victory. Raging on, “Kingdom United” brings the birth of a Democracy while “Pictures” tells one to bask in the memory of the past all the while dreaming of what could have been. This is before “Election Day” addresses the importance of such a moment when our decisions are most important. Making this clear, Tempest, in his defiant way, softly belts out, “There’s no running away on Election Day!,” bringing visions of present day as they move ahead into the epic “Wolves.”

Moving on from politics, “GTO” electrifies the last quarter of music heard on Walk The Earth. Speeding through catchy hooks, giving a ferocious live feel, Europe provide the perfect blend of keyboard and guitars to blast out your car speakers. Not slowing down, the thunderous “Drive” rumbles with high-powered energy before going into the dynamic “Whenever You’re Ready.” Then, reaching the cusp of this odyssey, the most dramatic performance is given by “Turn To Dust,” a spirited and compelling tale, signifying the inevitable in life.

Even in the face of an ever evolving music industry, Europe remains true to their style, exhibiting it yet again with Walk The Earth. Walk The Earth embodies all the great qualities of a concept album without actually being that in full. The album flows beautifully from song to song, bringing to life the inventiveness of each member in Europe. For these reasons, CrypticRock gives Walk The Earth 3.5 out of 5 stars. 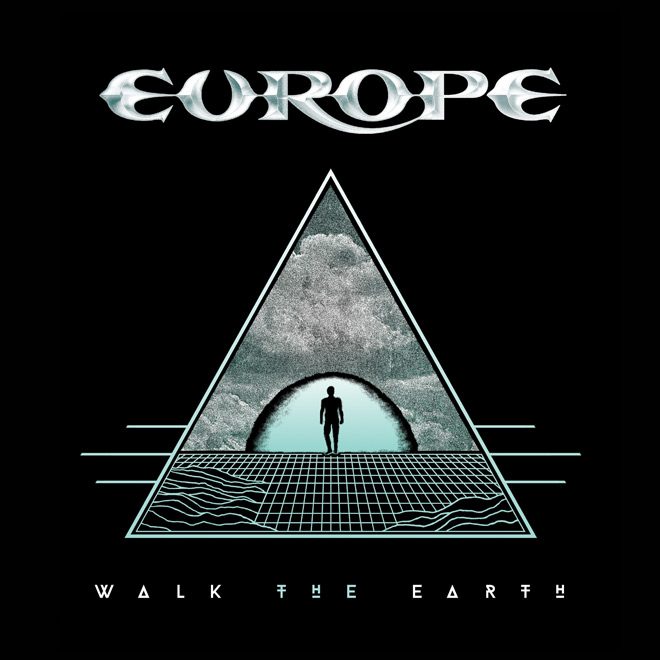