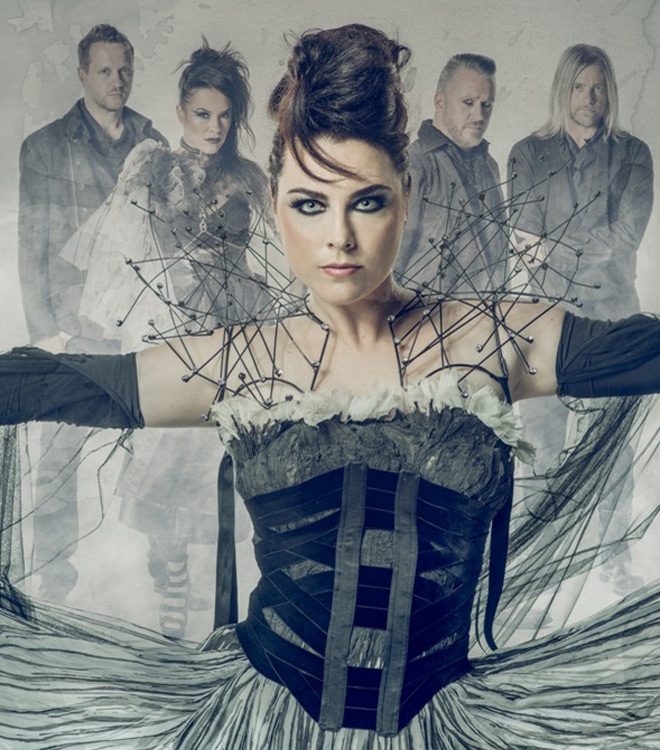 Syn·the·sis (noun): a combination of ideas, components, or styles. For the much-beloved Evanescence, that means a conglomeration of electronics that pulse alongside celestial strings and lofty vocal theatrics. Synthesis, therefore, is the new album that finally arrives on Friday, November 10, 2017 thanks to BMG.

Grammy Award-winning Evanescence was founded in Little Rock, Arkansas in 1995. Much has changed since those early days, and over the past twenty-two years, the group – which now features Vocalist/Pianist Amy Lee as its sole original member – have officially released three albums – 2003’s Fallen, 2006’s The Open Door, 2011’s Evanescence – along with 2016’s B-sides collection, Lost Whispers. Touring the world and racking up accolades, the group has become synonymous with 1990s Alternative Rock thanks largely in-fact to their mega-hit singles “Bring Me to Life” and “My Immortal.”

With it being six years since the band has released any new material, Evanescence – Lee, Lead Guitarist/Backing Vocalist Troy McLawhorn, Guitarist/Backing Vocalist Jen Majura, Bassist Tim McCord, and Drummer Will Hunt – are now primed for an epic return with Synthesis. Their fourth full-length studio offering reimagines many of the band’s best work, tossing in two new tracks to promise great things for the future. The sixteen-song collection strips away the guitars and the Rock drum parts, creating a package that is a dazzling Neo-Classical reinterpretation of the group’s catalogue.

Synthesis begins with the one-minute piano and string instrumental “Overture,” which builds tension as it moves into “Never Go Back.” Sublimely haunting piano bleeds into strings as Lee’s vocals soar and, while she has always had quasi-operatic tendencies, she reaches beyond the stars here to fly alongside electronic beats that are gently peppered into the mix; lending a fresh new take to the 2011 original. In the bewitching “Hi-Lo” – a track reportedly originally intended for the group’s eponymous offering – Lee’s vocals coalesce with beautiful strings – including a guest appearance from the phenomenal violinist Lindsey Stirling – and electronic beats to craft a massive, epic sound that is a marvelous representation of the 2017 reincarnation of Evanescence.

A divine sound belies the ugly truth behind “My Heart Is Broken,” about the heinous hot-topic of sex trafficking. Similarly, as she embraces the upper portions of her range on “Lacrymosa,” her vocals dance alongside somber strings to create an offering that is fully worthy of Broadway. Look out, Sarah Brightman! The stunning embrace of life that is “The End of the Dream” sees her lofty vocals sitting alongside electronic atmospherics. Arguably the band’s second best-known track, the smash hit “Bring Me to Life” is a necessary inclusion for the collection and this reimagining stays close to the original, so far as Lee’s vocals are concerned. The biggest change is the replacement of the guitars and drums with strings, as well as the loss of Paul McCoy of 12 Stones.

The piano interlude “Unraveling” builds into strings that seem to echo notions of “Bring Me to Life” before flowing into “Imaginary.” Here, the whispery electronics take the backseat to Lee’s climbing, emotional vocals, though the orchestration is, at times, boldly massive. There are no shrinking, paper violets here! It moves into some truly phenomenal harp work that seems to summon a forest of faeries, on “Secret Door,” a lovely and light romp the blends all the very best of Synthesis’ creations to tell a dazzling, sonic fairy tale.

A nod to a well-publicized past relationship, “Lithium” maintains its blushing sincerity – growing somehow more intense with this alternate arrangement – while in yet another gorgeous retelling, there is a storied intensity that builds to become “Lost In Paradise.” Like a dream within a dream, “Your Star” unfolds to embrace a gentle sway of twinkling strings that dance toward a delicious tension; the resulting track being worthy of a Broadway production. It all leads beautifully into arguably the band’s most beloved offering, “My Immortal.” A simple arrangement of strings and Lee, the focal point is now on this talented woman’s honed, matured voice along with her beautifully emotional lyrics. Though this retelling does not stray massively far from the original, many will still prefer that raw, perfectly imperfect recording that Lee has admitted to growing to personally loathe.

Haunting simplicity sets the scene for the emotional depth of “The In-Between,” a splendidly authored piano solo that flows flawlessly into the coup de grace, “Imperfection.” The collection’s sole, fully original, entirely 2017 offering, the new single/video seeks to bring hope to the hopeless with its emphatic anti-suicide plea to never surrender. It is a delicious promise of what is to come from this talented group and the ultimate denouement for a collection that is magical and moving, entrancingly authored, and a superb retelling of this band’s impressive past.

On Synthesis, Evanescence have stripped away anything Rock-n-Roll and replaced it with electronic twinklings dancing alongside epic orchestration. If you are going to reimagine old work, this is how you do it! There has always been a finesse and artistry that ran alongside Evanescence’s music, something deeper than simple Rock-n-Roll: on Synthesis, Lee and her musical misfits step out from behind the racing guitars to explore that intriguing piece of their magnificent puzzle. Boldly massive, gorgeously haunting, Synthesis is a collection that toes the Neo-Classical line with fierce latex ballet slippers and leather fairy wings a-flutter. For these reasons, CrypticRock give Evanescence’s Synthesis 5 of 5 stars. 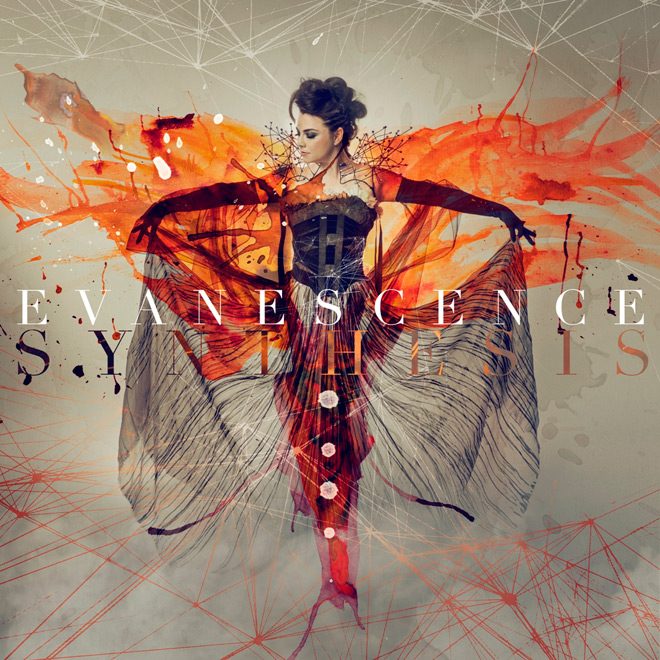