Everything Beautiful Is Far Away (Movie Review)

December 11, 2017 Everything Beautiful Is Far Away (Movie Review)

Directed by Pete Ohs (The Vision Quest 2014, We Found Footage 2015) and Andrea Sisson (The Vision Quest 2014, The Other Men Of Dodge City 2014), Everything Beautiful Is Far Away was released on June 21, 2017 by Manali Pictures and Lauren Edward Productions to the Los Angeles Film Festival where it won the Best Fiction Cinematography prize. Since then, it was picked up for distribution in the United States by The Orchard and released On Digital and On Demand as of Tuesday, December 5th, 2017. So, what is this new Sci-Fi leaning flick all about? 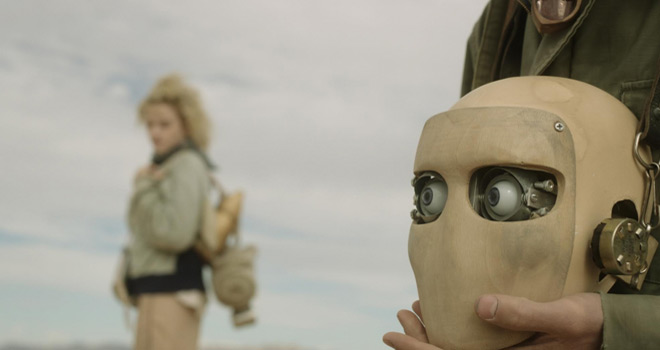 Everything Beautiful Is Far Away (referred to hereafter as EBIFA) is the curious story of Lernert (Joseph Cross: Lincoln 2012, Mindhunter series), who is at once stern, uptight, smart, and loving, and the disembodied robotic head, Susan, that accompanies him. They wander the desert of a planet with Earth-like characteristics, salvaging useful trinkets and idly search for parts to rebuild Susan. Susan was a whole robot at one point, but the desert climate is rough on mechanical things and along the way, she is relegated strictly to a head. By and by, Susan and Lernert happen upon a precocious, but clever girl named Rola (Julia Garner: We Are What We Are 2013, The Perks Of Being A Wallflower 2012), whose life is saved by Lernert and, at length, joins him and Susan.

Since Lernert and Susan are aimlessly itinerant, the pale, childlike Rola invites them on her quest to find a mythical body of water known plainly as ‘the crystal lake.’ Their journey is enriched with lessons about survival as well as wonder and marred with hardship and despair, but they persevere and eventually arrive at the lake, albeit somehow unkissed by the sun. Lernert sheds his stern carapace and Rola seems to become more of what she already is. Susan and Lernert’s passive pursuit of survival in the desert is cast aside and, for once, their future is pleasantly unclear.

The visual aesthetic of EBIFA is reminiscent of a Burning Man vision quest. Some of the long shots look more like paintings that Lernert, Susan, and Rola are juxtaposed into, which was a common technique used by the great Akira Kurosawa in his latter films. There are many interesting shots from many interesting angles which duly warrants the award for cinematography at the LA Film Festival. Films with a similar thematic aesthetic to EBIFA sometimes go the route of adding a nauseatingly saccharine color saturation to amp up the wow factor and catch more eyes. However, the desert tones here are muted and washed out, sometimes almost black and white. It allows EBIFA to thrive on the merit of its writing and not bizarrely vivid color depth and distracting computer acrobatics. The psychedelia is present, but is applied with a paintbrush, not a sledgehammer. 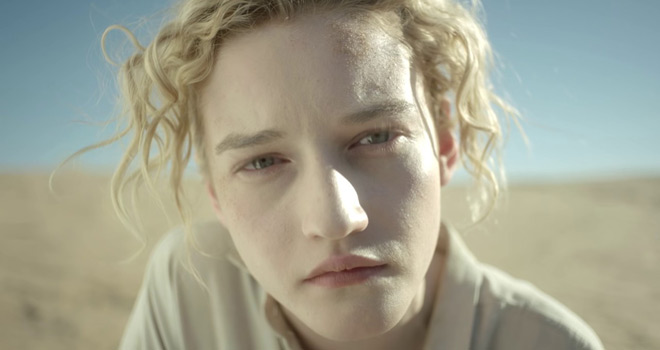 The film is scored by notable chillwave group, Neon Indian, and it sonically encapsulates the visual motif of the film. It sounds like the kind of thing Moby or Elon Musk would play for a toddler. It is spacy, subdued, and synthesized, never overbearing or distractive. The score brings a ‘puzzle shop’ vibe to the film and serves very well to keep the juices flowing during some of the longer shots of desert travel.

EBIFA explores countless different themes through its course, from which one can glean countless different messages. It comments on the superiority of pursuing happiness over the relative stagnant nature of survival and subsistence. Rola’s dedication to making it to the lake shows Lernert that there is more to life than “just scraping by.” It comments on the necessity of taking chances to achieve that happiness. Overall, the lessons and message of this film are profoundly life-affirming and leave the audience with a strange spark of inspiration that isn’t fleeting.

A fascinating quandary is explored, though perhaps not obviously, about the implication of artificial intelligence (AI) from a different point of view. So often—and naturally—humankind views AI as something that is happening to us; we forget that there is a thing happening to the machine as well. The fear is that robots, if they gain sentience, will wreak havoc and destroy humanity. They will see us as obsolete, according to the theories of Isaac Asimov. However, EBIFA poses the question, though in a non-obvious way, what are the ethics of creating a robot to think and feel? Is it inhumane to subject heretofore inanimate objects to the pains and woes that we are saddled with? Should we subject a mechanical object to the propensity for heartbreak? Film, at large, rarely explores the paradoxical philosophy of AI very deeply, but this film does in a friendly way and it is bound to challenge audiences. 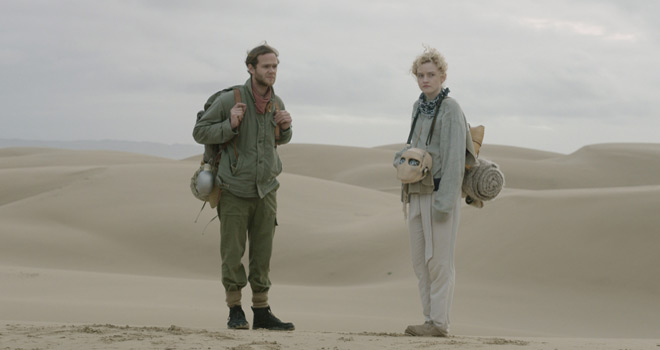 Everything Beautiful Is Far Away is thoughtful, inspirational, stimulating, and inventive. It is a film that will stick to your ribs and make you want to create something. Its characters are flawed as any human is, but lovable similarly. It might shift how you view certain things, but it will certainly keep your attention. For its approachable exploration of heady topics, its likeable characters, and incredible cinematography, CrypticRock gives Everything Beautiful Is Far Away 4.5 out of 5 stars. 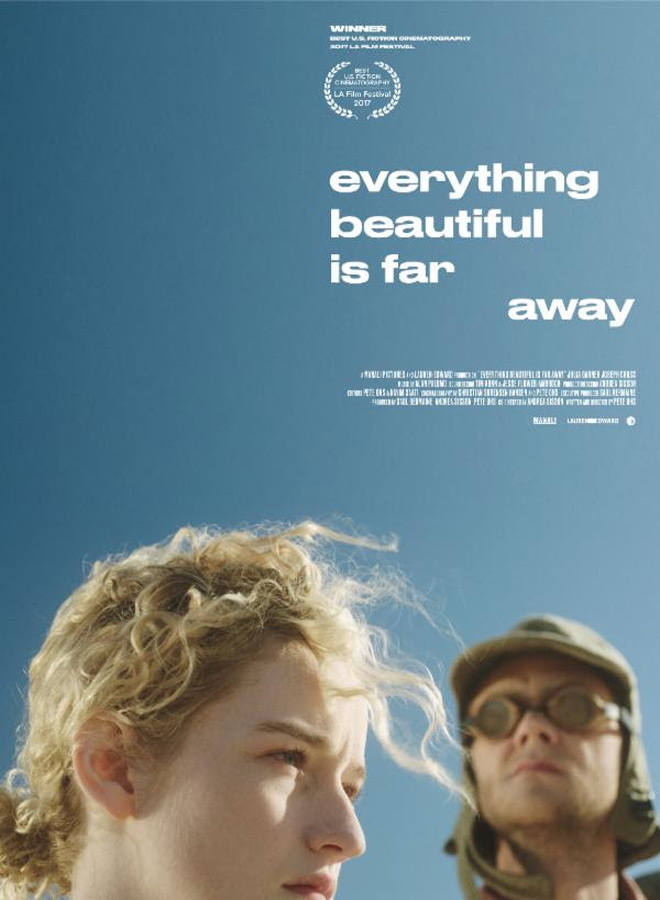 Purchase Everything Beautiful Is Far Away: