The Evil Within (Movie Review)

Released on February 28th to VOD and March 3rd on DVD via Vision Films, The Evil Within is the directorial debut of Andrew Getty. Sadly, it has turned out to be his last after his untimely death in 2015. A passion project of a man who had a very genuine interest in the Horror genre, and despite his inexperience, viewers can see from the finished product that he had a keen eye for filmmaking and a good understanding of how to deliver scares. 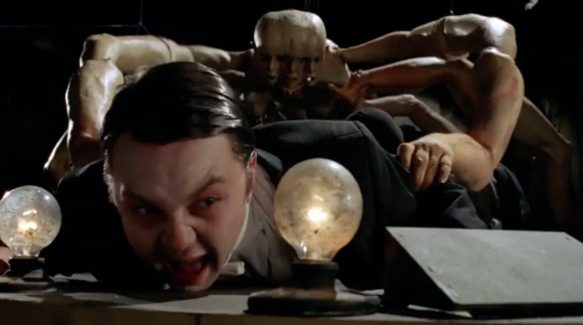 Frederick Koehler (American Horror Story TV Series, Lost TV Series) plays Dennis, a young man who has a lot working against him. He is mentally challenged, overweight, and his lack of articulate speech makes for a rather sad state of a character, knowing how the world looks at people such as him.

He is dependant on his older brother John, played by versatile Actor Sean Patrick Flanery (The Boondock Saints 1999, Dexter TV Series). John’s relationship with his little brother is complicated, as one would imagine. While Dennis does not need help with basic functions, he simply does not have the mental faculties or motor skills to take care of himself as an adult. As such, John is limited in what he can do with his life, and as a man in his prime, that is a source of deep frustration. This frustration can boil over as John is both impatient and impulsive, and he can be rough verbally and physically.

Complicating things further is John’s relationship with Lydia, played by Dina Meyer (Starship Troopers 1997,  Saw 2004). Lydia is fond of John, but is growing impatient with waiting for him to propose. She is loyal, but feels her biological clock ticking away and wants to settle and start a family. Dennis is not standing in her way in the proverbial sense, but her idea of a family with John does not involve him. However, we soon learn Dennis is no fool, and sees, hears, and understands everything. He knows that he is in Lydia’s way, that his brother has trouble showing love for him, and that he will always be lonely. It is no wonder then, that Dennis looks for a way to escape. 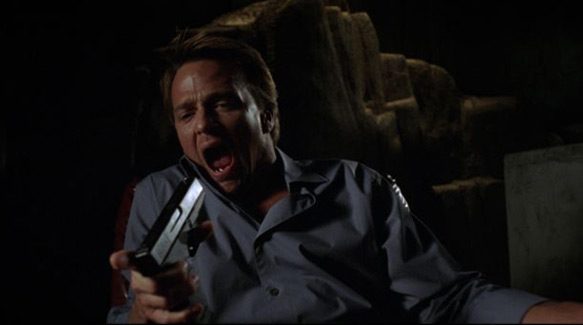 That escape comes in the form of his own reflection. Taking the form of a frightening living cadaver, the entity on the other side of the mirror manipulates him into committing an increasingly shocking set of violent crimes. Using all of Dennis’ pent up rage at the world against him, the cadaver is seemingly playing Dennis like a puppet. But is this just a manifestation of Dennis’ own self? Is what the viewer sees really Dennis’ inner struggle between reason and madness? These questions drive the bulk of the plot and the script does well in stringing the audience along, with a few well-placed twists that keep the story interesting.

The Evil Within does a good job of conveying the suffering and loneliness that Dennis must feel, and for a while he is a sympathetic character. As the film goes on, we start to question even that as his actions go beyond the point of sympathy. However, despite the strength of the core story, something about the overall tone of the movie is a bit off. The seriousness of the scenes of Dennis and the mirror are sharply contrasted with a few moments such as when a social service worker bosses two pushover, bumbling cops around like she pays their salary. This is not a cardinal sin in itself, but it and a couple of other small offbeat scenes and lines stand out against an otherwise purely dark story. 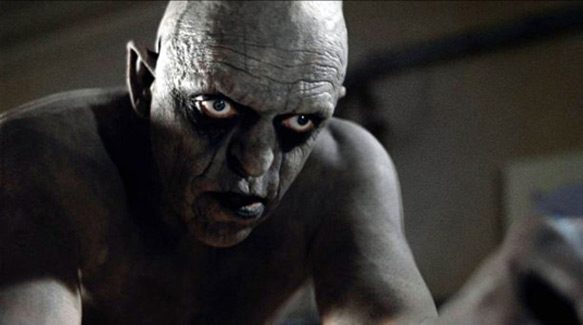 The performances are all strong, as should be expected with such a good cast. Koehler does a good job with the changes in Dennis throughout the film and never misses a beat. Flanery captures John’s mostly unlikable, yet still decent person underneath, character very well. Meyer is great too, especially when Lydia is frustrated with John, such as one particularly cringe-worthy faux pax John makes at dinner. Horror fans will also be happy to see Michael Berryman (The Hills Have Eyes 1977, The Devil’s Rejects 2005) cast as the cadaver.

Packed with a wide range of frights, tensions, and some inventive animatronics, The Evil Within delivers a mostly satisfying experience, suffering only somewhat from a script that could have used a bit more polish.

Andrew Getty was known to be a perfectionist when it came to his work, and perhaps some of that hurt the aforementioned hiccups in the film, but overall, The Evil Within is a finished product to be proud of. It shines, especially in conveying the emptiness of a mind that gets no compassion, understanding, or care from the outside world, and the final bending of that mind until it breaks. CrypticRock gives The Evil Within 3.5 out of 5 stars. 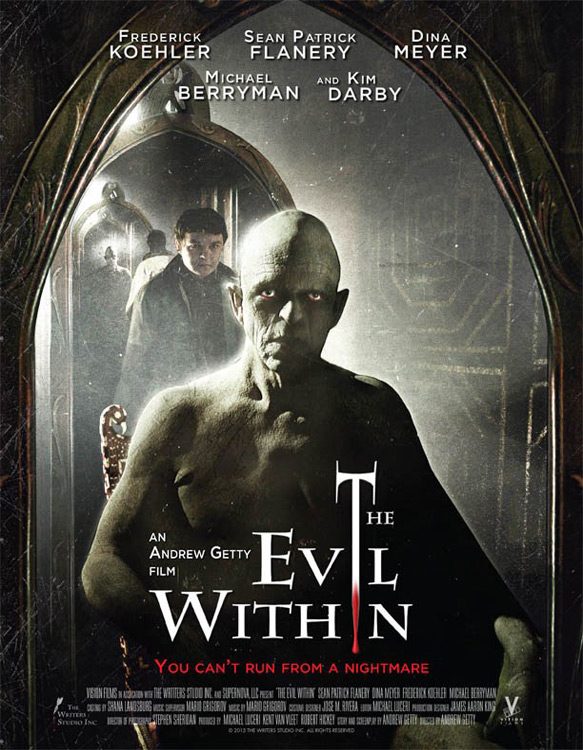 Purchase The Evil Within on Amazon