Catering to Horror lovers worldwide, Cadabra Records is a unique company. Begging to be different, the visionary label has done something vastly different than others, it has put energy into releasing Spoken/Horror Arts recordings. Having put out such releases as Dracula, featuring Horror icon Tony Todd narrating, they are set to return with their most ambitious project to date with the forthcoming release of Robert W. Chamber’s The Yellow Sign. 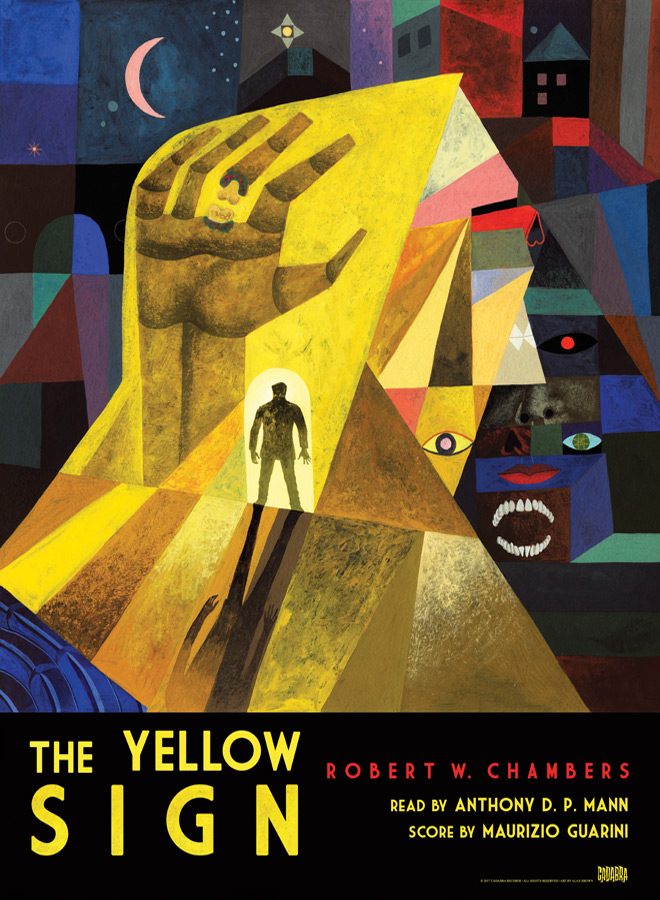 Inspired by HBO’s True Detective, the story within The Yellow Sign was professionally recited by popular Filmmaker and Actor Anthony D. P. Mann, with music scored by Maurizio Guarini of Goblin. Enough to make Horror lovers salivate, Cadabra Records will issue The Yellow Sign on July 21st, with a retail version as well as direct/deluxe label-only versions. In honor of the release, they have teamed up with CrypticRock to exclusively sample a B-side audio clip from The Yellow Sign. Check it out below:

Those interested in investing in this cool piece of audio, both editions will be released in runs of 500 copies each, both on 150-gram colored vinyl. In addition, each version features a twelve-page booklet with new liner notes by Weird Fiction scholar, S. T. Joshi, Maurizio Guarini, and newly commissioned art by Alan Brown. The direct version is housed in deluxe heavyweight gatefold tip-on jacket, includes an 18” x 24” promotional poster, and features exclusive centerfold art only for this edition, so order a copy now! 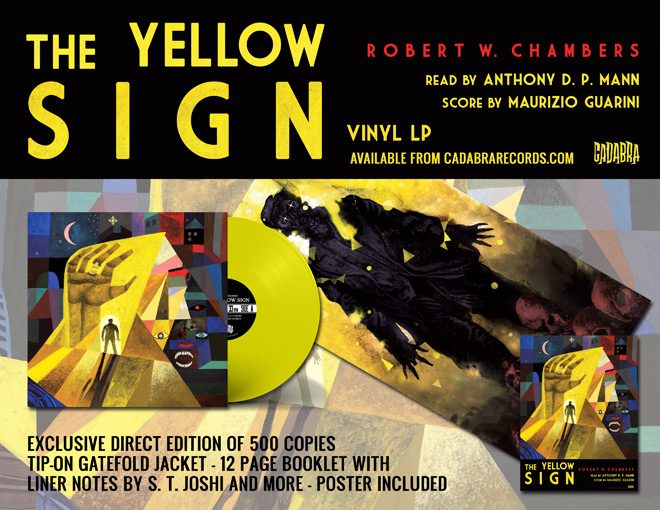