In 1973, Horror cinema was changed forever with the release of William Friedkin’s (The French Connection 1971, Sorcerer 1977) blockbuster film The Exorcist. Based on the William Peter Blatty novel, Friedkin’s film adaptation made a huge impact upon the Horror genre bringing the terror of Ouija boards, the Devil, demonic possession, and ancient evil into every theater along with a long lasting fear of pea soup and turning heads. The fact is, no Horror film has made such a bold impression since. 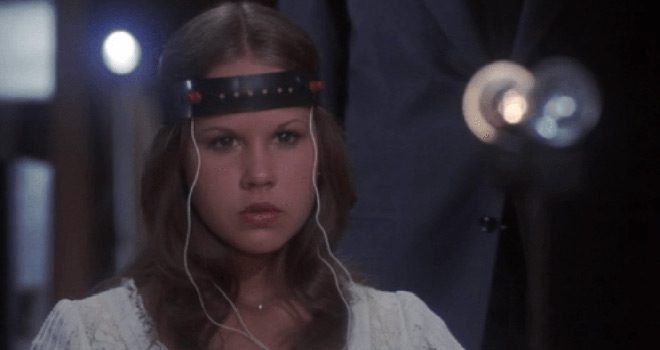 All this in mind, given the success of The Exorcist, a sequel came four years later in the form of Exorcist II: The Heretic. Released on June 17 of 1977, the events in the film take place four years after The Exorcist with Regan MacNeil, featuring Linda Blair (Hell Night 1981, Savage Streets 1984) agreeing to return to reprise her role, only if she did not have wear the gruesome demon makeup again. Now four decades later, was Exorcist II: The Heretic the sequel fans hoped for?

The premise of the film revolves around an older Regan under psychological evaluation. Initially consciously unaware of still being possessed, Regan’s ongoing issues result in a barrage of medical tests, but it is not long before everyone around Regan and herself realize she is still possessed. Featuring a very respectful cast, the film also stars the late Sir Richard Burton (Cleopatra 1963, The V.I.P’s 1963) as Father Philip Lamont, Louise Fletcher (Brainstorm 1983, Firestarter 1984) as Dr. Gene Tuskin, and Max von Sydow (The Seventh Seal 1957, Through a Glass Darkly 1961) as Father Lankester Merrin, whom also reluctantly returned.

Unfortunately for fans, while Ellen Burstyn (Requiem for a Dream 2000, The Fountain 2006) refused to return as Regan’s mother, Chris MacNeil, Kitty Winn (The Panic in Needle Park 1971, Mirrors 1978) returned as Nanny Sharon Spencers. Lastly, the late Paul Henreid (Casablanca 1942, Dead Ringer 1964) made his last screen appearance in the movie as The Cardinal, appearing alongside James Earl Jones (Conan the Barbarian 1982, The Lion King 1994) as the scientist Kokumo and Dana Plato (Diff’rent Strokes series) as Sandra Phalor.

At the time, a sequel was a dream come true for diehard fans and many eagerly awaited The Exorcist’s cinematic revival. However, despite Exorcist II: The Heretic high caliber cast, the film was an epic failure, but then again, how does one live up to The Exorcist? To many, the film is not just terrible, it is arguably one of the worst films of all times. That is not just bad, that is demon shatteringly bad. 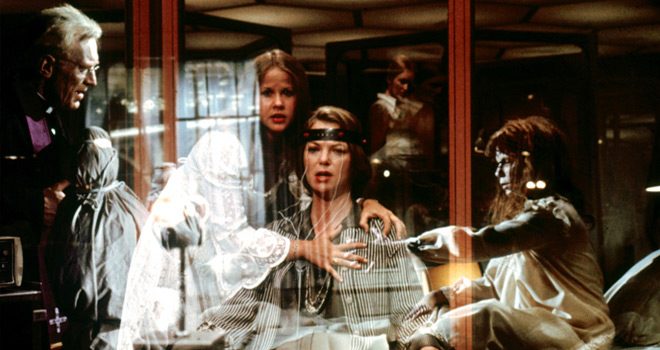 Which leads to the question, is Exorcist II: The Heretic really as bad as people say? Well, a combination of factors seems to have affected is success. For one, neither William Peter Blatty nor Friedkin wanted to work on a sequel. Furthermore, Exorcist II: The Heretic’s Co-Producer Richard Lederer appeared to lack the conviction and passion to ensure the film’s success, even once being quoted as saying he intended to rehash the first film on a lower budget.

Due to the lack of Blatty and Friedkin’s involvement, Playwright William Goodhart wrote the screenplay and used theories by a Jesuit palaeontologist/archaeologist – Pierre Teilhard de Chardin who the character Father Merrin in the novel is based on. With this, he went somewhat back to the source, using ideas of a mental battle between good and evil via technology. The concept was enough to captivated John Boorman (Excalibur 1981, Hope and Glory 1987) to agree to directed the sequel after oddly turning down the chance to direct the first film because he allegedly found it disgusting.

As to their collaboration, most of Goodhart and Boorman’s concepts did not necessarily translate well onto the screen. It certainly did not help that after presenting it to Boorman, Goodhart soon discovered Boorman did not like his script and demanded rewrites using ideas from successful Writer Rospo Pallenberg (Excalibur 1942, The Emerald Forest 1985). This did not go over well with Goodhart, and as we result, he walked away from the project. However, while some believed the original script to be the better story, Pallenberg and Boorman tackled the monster alone.

The result? An incoherent mess of scenes which continued to be reworked while filming took place. To top it, it is said neither of them had an ending in mind, and the script was reportedly re-written 5 times. Just imagine what it would be like for all those people involved, from actors to grips, having to make a movie with an ever changing script, no cohesion with scenes, nor any idea where the light at the end of the tunnel may appear? Oh, on top of that, Boorman pulled the film from theaters twice to do more editing. Now that is a real life Horror movie! 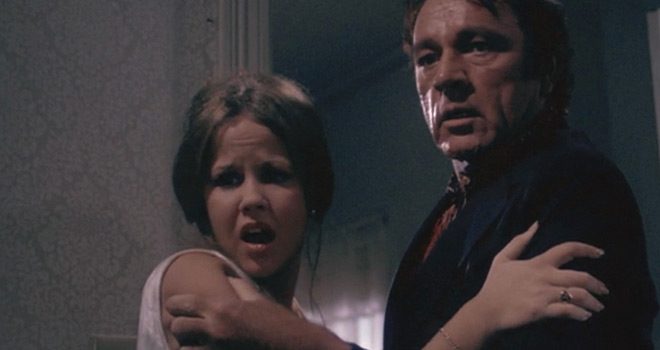 In short, the sequel seriously lacked the punch, passion, and scare factor of its predecessor, leading to underwhelming feelings all around. Added with a wave of health problems among the cast and crew, delays in filming, time and cost consuming re-shoots, it was all around a massive disappointment. Despite all this, Exorcist II: The Heretic at the time was the only one of the sequels/prequels to show a profit in its theatrical release. In addition, it was nominated in 1978 at the Saturn Awards for best special effects.

Having said this, regardless of Exorcist II: The Heretic’s global status as movie junk, there are fans of the film, including Quentin Tarantino and Martin Scorsese. This only proves that art is subjective, and what can be a hot mess to most, can be something misunderstood and brilliant to others. Hence why Exorcist II: The Heretic is still worth talking about forty years later. 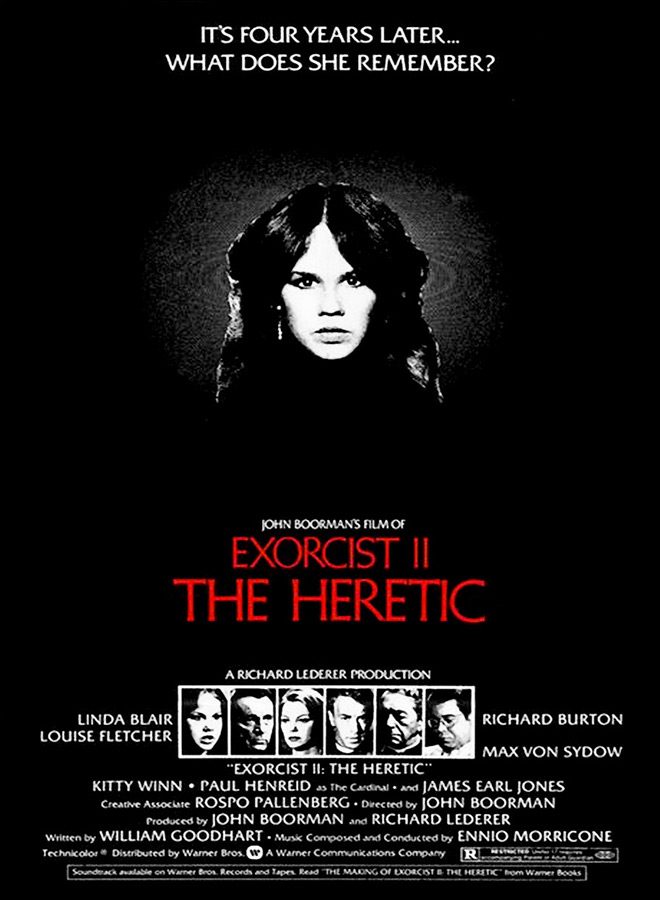