Explosions in the Sky – The Wilderness (Album Review) 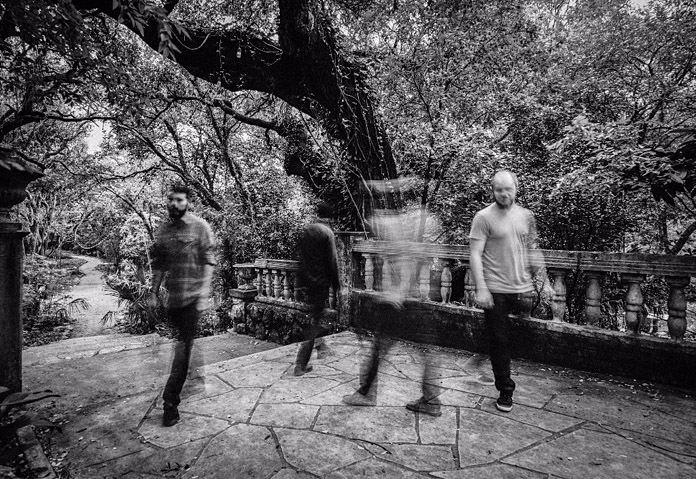 Post-Rock Texans known as Explosions in the Sky first gained initial fame via the 2004 Friday Night Lights film soundtrack. Since going on to great things, they are, and always have been, the ensemble of Chris Hrasky (drums), Michael James (guitar/bass), Munaf Rayani (guitar), and Mark Smith (guitar). That is a lot of guitar, but Explosions in the Sky uses intricately layered sounds to set up their Post-Rock ballads and create realistic landscapes in a listener’s mind. With instrumental soundscapes dressing their entire discography, their latest album, The Wilderness, comes after six studio albums and four soundtracks. Released on April 1st, The Wilderness is just over forty-six minutes of music that sees a change in the way the band’s songs are constructed. With the dwindling of attention spans of the masses, Explosions in the Sky has challenged themselves to create something more concise, but without compromising their integrity.

The opening to Explosions in the Sky’s seventh studio album – and first non-soundtrack album in five years – is like a thin blanket on the beach. It protects the listener against a sea breeze, but it is not enough to buffer against the dramatic melody that drenches the sky-soaked shoreline of The Wilderness. The art for the album clearly provokes a sense of awe in the observer – great wonderment at the destructive power of nature. Having restructured de novo, the first track, “Wilderness,” gives an easy and succinct picture of the band’s new aims. They have cut down on the time it takes for the payoff and mixed up the instrumentation more than ever. The last minute and a half of this particular song will make long-time fans comfortable at home, but it comes with a pithy punch that shows how confident the band has become in the emotions they can draw out of people.

With the synthesized bubbles coming to the surface, “The Ecstatics” quickly builds into a boil; effervescing drums belie the sustained strings, piano, and guitar, below. To Explosions in the Sky, tension is a familiar tool and as a part of their new efforts, they have also been successful in cutting down how long their suspense needs to build. “Tangible Formations” gets going almost immediately and the tangible formations are easy to pick out; there is a bass and guitar vamp, followed by a drum vamp, and it all culminates in a combination of the two.

Coming next, “Logic of a Dream” is set up perfectly for a dream, but right away, adds a militaristic drum that ravages like a raging fire across the established landscape. Haunting cries arise from the background, adding to the destructive undertones of this dreamscape turned nightmare. When the fire has scorched everything back to the ground, the dream takes a turn back to the placid. Waking from a dream is a disjointed experience and it is captured well in “Disintegrated Anxiety.” These two tracks certainly seemed made for each other. The reverse effect is used in a much more upfront manner than a longtime Explosions in the Sky fan might expect, but that is likely just another part of their transformation. At times, this track feels like a sped up version of their previous work and that seems to work perfectly well.

Then there is “Losing the Light,” which starts off as a more mechanic piece than the other tracks. It soon gains enough sense of space though, that it feels more like a vast tranquility suddenly disturbed. The timber of the piano transients being overplayed with cello has quite a dragging feeling to it, like marching through an endless white. An energy shift, the name “Infinite Orbit” itself gives a sense of watching the night sky go by at a rapid pace. Rapid is right, as this is the shortest track on the album with an ongoing climax throughout. When it finally lets the audience down into “Colors in Space,” there are a lot more layers. Something resigned and ever moving forward, the piece changes, but it always feels the same. The melody that comes in is a weak attempt that is supported later by an almost melodic rhythm. All of this lends the beginning a frailty and vulnerability that not a lot of artists are comfortable with showing their audiences. The ending too; something messy, frustrated, balled up and thrown into the listener’s face. The final song, “Landing Cliffs,” is simply, but beautifully constructed and then torn down just as delicately. It feels the closest to the band’s older style than any other track.

In addition to making everything much more to the point, Explosions in the Sky has delegated the foreground and background of each track judiciously. It is an album with little fat; something that is difficult to pull off in the Post-Rock genre, where more and longer seems to be the motto. As an idea, it will be interesting to see where the band goes from here. Whether they will continue to refine this approach or backtrack to their old methodology is the question now. The attempt was definitely a success though and CrypticRock gives this album a solid 4 out of 5 stars. 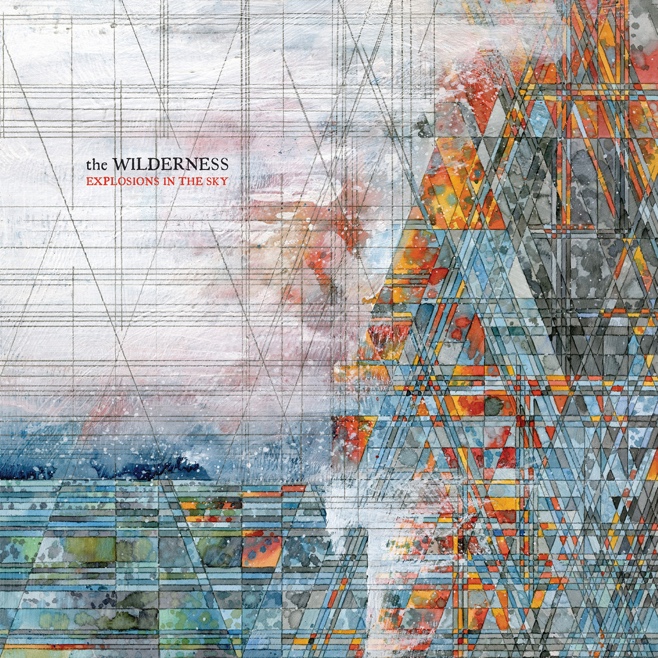