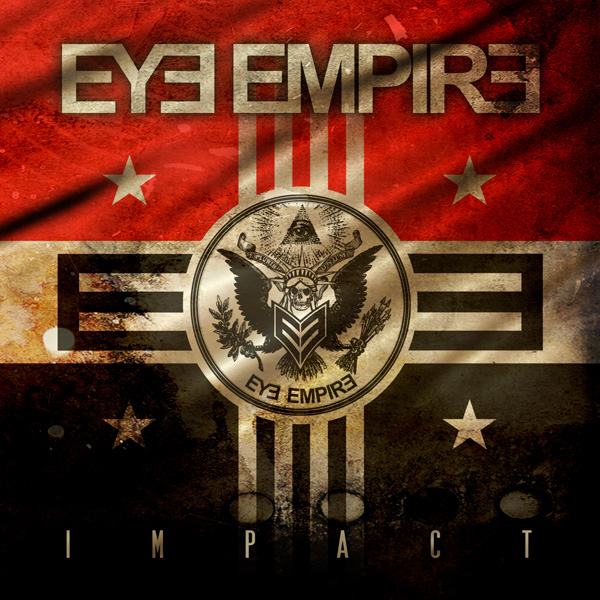 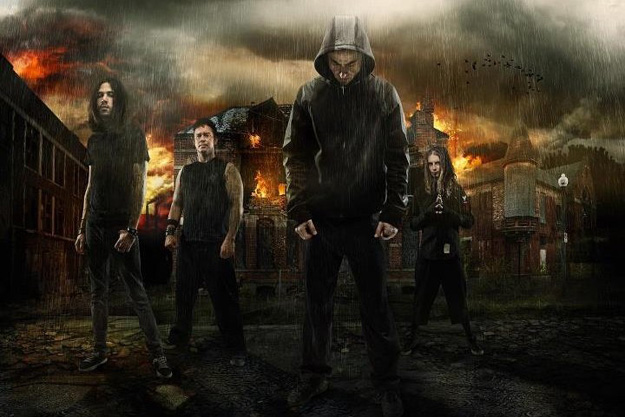 Eye Empire have been going strong now since 2009. Comprised of a group of veteran musicians which have had their share of success respectfully with other bands. Featuring vocalist Donald Carpenter formerly of Submersed, guitarist B.C. Kochmit formerly of Switched and currently of Dark New Day, bassist Corey Lowery formerly of Stereomud and currently of Dark New Day, and drummer Ryan Bennett formerly of Texas Hippie Coalition. That is a hell of a line-up filled with experience and talent. Restlessly touring and excellent stage presence has many people talking. Their debut album Impact was released back in 2010 independent and very limited. All the hard work paid off and the boys re-released Impact in 2012 via Vertusent.

Impact starts out with the head banging track “I Pray”. A high energy chest pounding anthem starting things off with a bang. Most are bound to have heard it on heavy rotation on Sirius XM Octane and local rock stations. Leading directly into the track “Idiot” another chest pounding track. This song will have you chanting the words out loud venting frustration among other emotions. An excellent track and sure to be a favorite. Taking it down a notch “Moment” shows a more melodic side of Eye Empire. Carpenter shows us more of his dynamic vocal style. Complimented by Kochmit’s ripping guitar solo. “Great Deceiver” starts you out with a thick bass line leading you into crunching guitars. The song has a heavy Sevendust influence with scream back vocals guaranteed to please fans. Again Carpenter’s vocal range clearly stands out here belting out scream after harmony. “Impact” has all the aspects of a classic quality nu-metal track. The one thing this track has that no nu-metal track had is a killer guitar solo. Kochmit’s performance stand out consistently showing this guy can play, and play well. “Hopeless” is possibly the most melodic and thought provoking song on the album. Layered guitar tracks stand out for a full wall of sound. Kochmit provides us with a passionate string bending solo not heard often in modern rock songs. “Feels Like I’m Falling” is yet another strong track with great backing vocals and a catchy chorus. “Victim” is a great track with vocal contributions by Lajon Witherspoon of Sevendust. Carpenter and Witherspoon powerful voices and passionate delivery soar high. “Last One Home” closes out the album strong with a mellow melodic track with once again a spectacular guitar solo by Kochmit. If you pick up the double disc version of the album you will be treated to 7 more tracks of killer and no filler rock. “More Than Fate” is receiving heavy play on rock radio and justifiably so. The track has a beautiful catchy guitar melody and lyrics. This should be a hit and more people need to hear it! You will also get a bonus of 3 acoustic versions of songs and 2 live tracks.

Impact is a album without filler. A solid album from start to finish. Filled with emotions ranging from anger, frustration, sorrow and everything in between. What makes these guys stand out besides the fact that they rock hard is the passionate vocals and guitar work. Years of hard work has paid off for these guys and they are ready to show the world. Sometimes you need to try and try again until you reach the top of the mountain. Collectively Eye Empire has achieved that with Impact. Cryptic Rock give this album 5 out of 5 stars.