The Eyes of My Mother (Movie Review)

Loneliness can do strange things to the mind. A thought to ponder for a moment; this harsh, terrifying reality is brought to life in aspiring, young Filmmaker Nicolas Pesce’s debut full-length feature, The Eyes of My Mother. Written, directed, and edited by Pesce, The Eyes of My Mother was one of 2016’s most spoke of Horror films, and a surprising favorite at Sundance Film Festival. A movie whose title is spreading rapidly like a taboo secret, The Eyes of My Mother finally sees broad release on Blu-ray, DVD, and Digital HD on March 7th via Magnolia Home Entertainment under the Magnet Label. 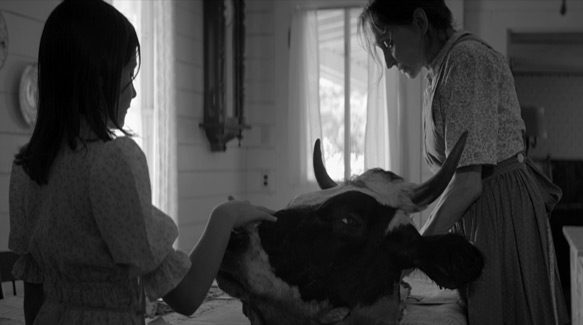 So what exactly makes The Eyes of My Mother stand out from the other Horror films making their way around the Indie film circuit? To start, it is shot completely in black and white, which, while not completely original, clearly is important to the mood of the film.

Starring Olivia Bond (debut) as a young Portuguese immigrant girl named Francisca, she lives tucked away in an isolated location with her Mother (Diana Agostini: The Godfather: Part III 1990, The Sopranos TV series) and father (Paul Nazak: debut). Admiring her mother, absorbing her teachings like a sponge, young Francisca is offered lessons about life, death, as well as the wonders of the human anatomy.

All compelling, yet obscure information for a child to take in, tragically a stranger, calling himself Charlie (Will Brill: The OA TV series, Gotham TV series), wanders onto the family’s compound with nefarious intent. 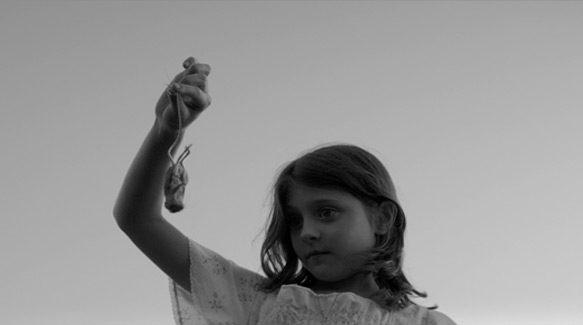 Seeming harmless at first, Francisca’s mother lets the man into her home to use the bathroom before his murderous objective soon comes into focus. Witness to her mother’s brutal murder, while only a child, Francisca’s father soon returns home. Casually and emotionlessly, he and his daughter clean up the butchering and hold the savage Charlie captive.

From here, Francisca continues to live a life of isolation with her father until her later teenage years (older Francisca played by Kika Magalhaes: City of Gold 2016) when he too perishes, leaving the young girl completely and utterly alone.

A dark, empty reality, Francisca is now left to her own devices with no life direction or understanding of anything outside her deceased parents’ farm. At this point in the story, viewers watch Francisca, often times through looking glass view, slowly spiraling out of control. This portion of the tale is the tragedy; explicitly most visible when Francesca bathes her father’s lifeless body, only to cradle him and weep, whispering how she misses him.

With that said, Francisca’s character is quite polarizing. There are times where, as a viewer, one cannot help but feel her anguish, but at other times, the utter disdain for her actions. This is where the horror comes into play; the moments where Francisca succumbs to insanity. These instances make the audience circle back to the bold statement of her mother, “Loneliness can do strange things to the mind.”

As for the horror, much of what is depicted on screen are that of real terror; situations that one could only imagine in their worst nightmares. Hence the effectiveness of the black and white style which is reflective of the dark abyss Francisca is in. 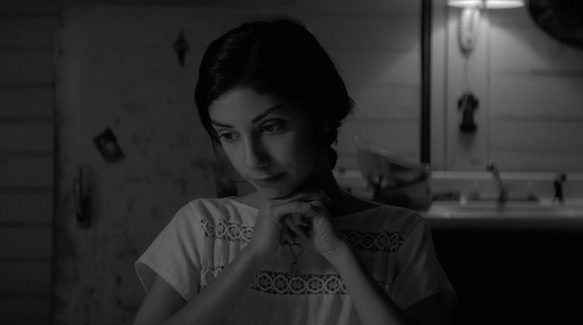 The Eyes of My Mother is a film that offers something different, it offers a look into the psychosis of isolation. Think 1974’s lost Canadian-American Horror gem Deranged, or even as far back as Alfred Hitchcock’s 1960 classic Psycho for atmospheric colleration to The Eyes of My Mother.

For a debut film, Pesce certainly displaces quite a refined style and direction in his filmmaking. This in mind, there is litttle lost in translation, as per other young directors, and Pesce’s pace allows the audience a chance to build their own conclusions. 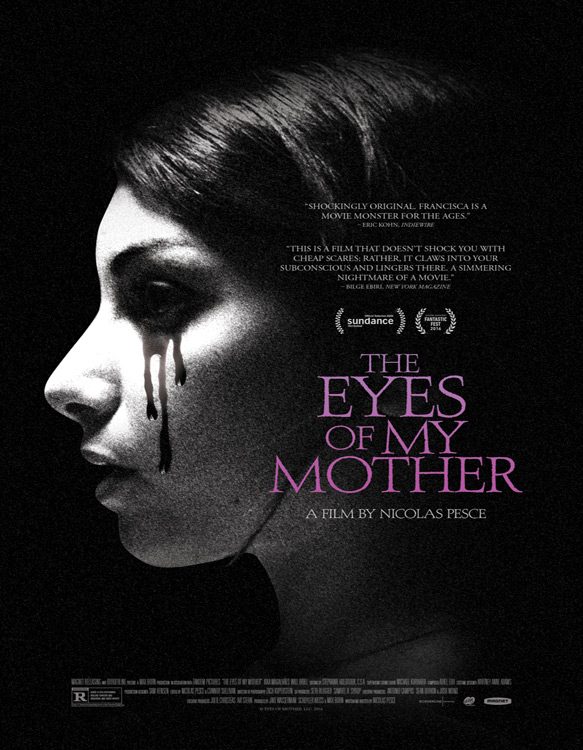 Purchase The Eyes of My Mother: Amazon | iTunes