Many music detractors always focus on the downside of the current technological advancement’s effects on the whole music business, failing to give light on its positive impact on countless struggling and hardworking artists around the world. One of such advantages of technology is that many artists—old and new—have become more prolific in making music, and also very adventurous at that, becoming bolder and more confident in experimenting with a broader palette of styles.

Of course, songwriting is in itself the actual skill here, but the availability and easy accessibility of the necessary resources and recording tools make it much easier for a lot of songwriters. Add to that, social media has become very useful for them in reaching out to their respective fans and prospective market, giving them a two-way direct window to see what is really happening out there; unlike during the pre-Internet days when artists were usually oblivious to what was going on around them in the bigger world, usually confined in their own bubbles. In the current age, music has become more dynamic and interactive.

One contemporary artist who has taken advantage of all these resources and who has long shown great promise and proficiency is the quirky Ezra Furman. Born on September 5, 1986, in Chicago, Illinois, United States, Furman released his first full-length in 2007 under the moniker Ezra Furman & the Harpoons, which he formed with fellow students at Tufts University. Two albums more ensued and then he came up with a solo endeavor, 2012’s The Year of Returning.

Soon afterwards, Furman started working with a new set of musicians—Jorgen Jorgensen (bass), Ben Joseph (keyboard, guitar), Sam Durkes (drums), and Tim Sandusky (saxophone)—releasing in the following year their first collaboration, the Psychobilly-styled Day of the Dog. A more stylistically eclectic affair ensued in 2015 in the form of the critically acclaimed Perpetual Motion People. Then, after three years of moving here and there with their perpetually changing sonic style, Furman and his co-visionaries come up with a new collection of songs.

Slated for release on February 9, 2018, on Bella Union, Furman’s overall seventh offering, titled Transangelic Exodus, is a more focused and cohesive batch of Indie Rock tracks. Its direction and vision are much clearer than that of its predecessor, but Furman’s exploratory tendencies remain permeating as ever.

Transangelic Exodus opens with the easily lovable “Suck the Blood from My Wound,” owing to its ear-catching Moog-sounding melody drenched in ’70s Power Pop vibes. The Indie trip continues with the smooth mid-tempo ballad “Driving Down to L.A.,” whose fuzzy textures and bellkit bits are sure to elicit nods from enthusiasts of the genre. After the slow theatrical drama of the cello-adorned “God Lifts the Lowly,” Furman then takes the listener to the Tribal minimalism of “No Place,” “The Great Unknown,” and then back again to folky, Worldbeat balladry, in the form of the percussive-oriented “Compulsive Liar.”

The mood turns a notch higher, a bit spirited, and a tad spacey, as “Maraschino-Red Dress $8.99 at Goodwill” plays next. Furman gets lost further in the melodic haze and longing sentiments of “From a Beach House,” “Love You So Bad,” “Come Here, Get Away from Me,” and then bursts into the sweet-and-sour Shoegaze cacophony of “Peel My Orange Every Morning,” reverberating swirls of The Cure’s “The Hanging Garden” and Arcade Fire’s “Rebellion (Lies).”  Near the end of the set, Furman then draws some odd sensibilities from the rustic rawness of proto-Grunge Neil Young (“Heart of Gold”) and pre-Synthpop Kraftwerk (“Airwaves”) to come up with the ghostly “Psalm 151.” Finally, the eccentric man in perpetual motion finishes off his exodus in confessional streak, with the Baroque Pop-inspired “I Lost My Innocence.” Such a paradox.

Yes, indeed. Furman is an epitome of a restless spirit, a creative maverick, and a trans-angel on the run—unsurprisingly unpredictable and eternally insatiable. Bold and confident in painting his musical thoughts in whatever shades and hues of sounds he chooses to, he still delivers them flamboyantly clothed nonetheless in compelling allure and beauty. For these reasons, CrypticRock gives Transangelic Exodus 4 out of 5 stars. 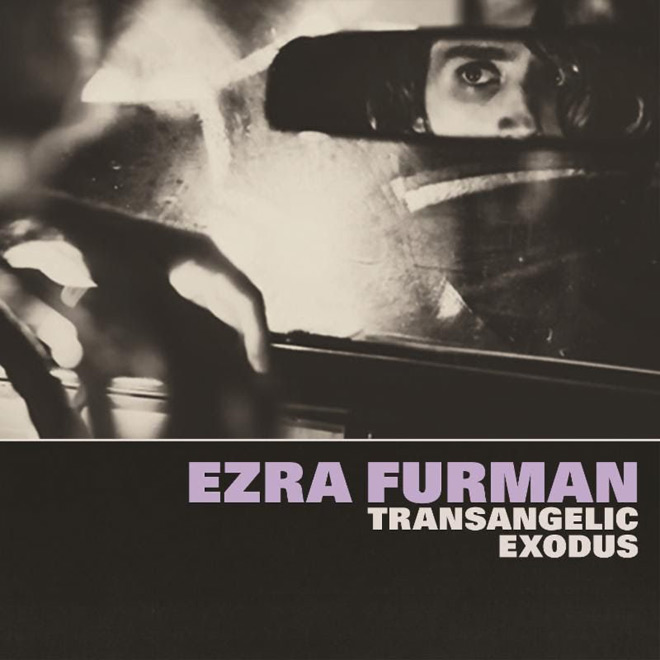