The Faceless – In Becoming a Ghost (Album Review) 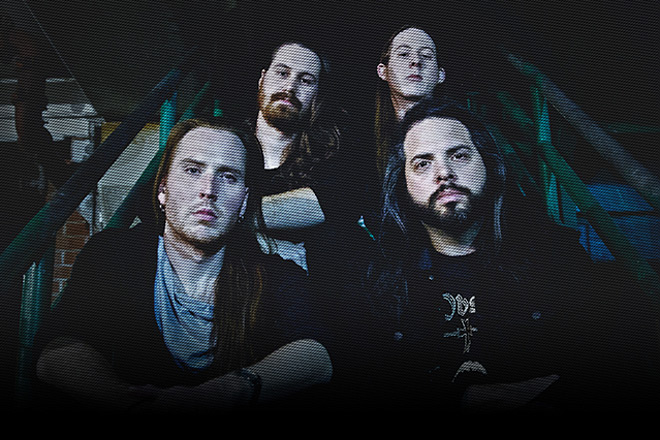 Somewhere in the center of a sloth-like vice built upon aired dirty laundry, band politics gone awry and he-said-she-said-now-I-hate-you mentalities, tranquilly lounges technical Prog-Metal band The Faceless. Completely unaware of circumstantial surroundings closing in on them with the speed of a snail on steroids, why would a band of this magnitude turn a blind eye towards a slowly impending doom? Releasing their fourth studio album on December 1, 2017 via Sumerian Records, In Becoming a Ghost is the exact nostalgic resuscitation fans so desperately needed.

Signing on as the then-brand-new Sumerian Records’ first band, The Faceless quickly dropped jaws with debut album Akeldama in 2006. Supporting major tours turned into headlining those same tours and in a few short months, they became the revered grapevine saying “you have to hear this band.”

Currently, notable achievements in The Faceless’ history are lodged beneath the aforementioned drama and a revolving door of band member/lineup changes. The long-awaited release of In Becoming a Ghost (five years to be exact) has had its fair share of bitterness from tried and true fans. The Faceless’ only remaining original member is Clean Vocalist/Guitarist Michael Keene, solely maintaining preservation of those deep Encino, California roots. Fear not, waning fans, for the reminder of all that once was signature Theatrical-Death-Tech has returned to five years’ worth of praises.

The self-titled first track, “In Becoming a Ghost,” is a minute-long spoken-word declaration laced with fleeting piano. The hypnotic voice grows deeper as his tale builds in crescending piano and strings. Melting into Necrophagist-intense speed, “Digging the Grave” is all volcanic blasts and starved fury. Layers of strings and flute tumble through the track in brilliant contrast to such extreme velocity. Midway through the track, a villainous flute solo dares the severe guitar to compete in an Orchestral-Metal fusion. The band’s genius utilization of all instruments and effects gifts listeners with an open-minded, limitless horizon as to what else might be up their sleeve.

“Cup of Mephistopheles” is a mesmerizing ladder of epic simplicity unfolding in slow, measured deliberation. Clean vocals and anthemic effects magnify under quiet, melodic piano. Bloodcurdling backbone established, a vicious whisper unleashes the instruments who had been stalking their prey. The song is laced with intermittent speed and leaden riffs, balancing equal parts sinister and hypnotic perfection.

The blunt-force beginning of “Shake the Disease” hints at a mega-guttural, classic-Faceless tune. Surprise! The track’s extreme blast beats melt into a vivid guitar riff, offering up the major scale in foolproof complement to an ominous intro. A string ensemble whispers across mechanical effects, peppering in those vital theatrics the band is known and loved for. It is the arguably catchy tune that fans will probably discuss to minute detail, but nevertheless, a steamrolling earworm. Hit repeat and then hit repeat again.

Notable tracks include “The Spiraling Void,” “Instru(mental) Illness,” and “I am” (a pseudo part two of 2012’s Autotheism mega hit, “Ten Billion Years”). In Becoming a Ghost cauterizes old wounds and salty attitudes with innovative structure and revived originality. The Faceless rose high above the challenges beset upon them and proved that good things do come to those who wait. Technical Death Metal is not like pouring a glass of milk and it certainly is not lounging in the center of a slowly crushing vice. Yet, The Faceless continue to surface time after they-won’t-come-back-from-this time. Wrapping up a limited-date tour in the US, the band heads to the UK in February 2018. As far as the new album goes, CrypticRock gives In Becoming a Ghost 4 out of 5 stars. 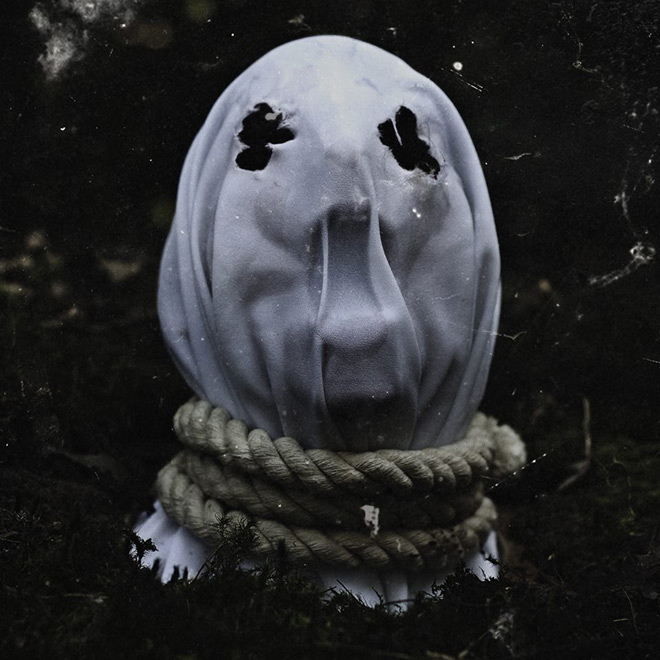 Purchase In Becoming a Ghost: