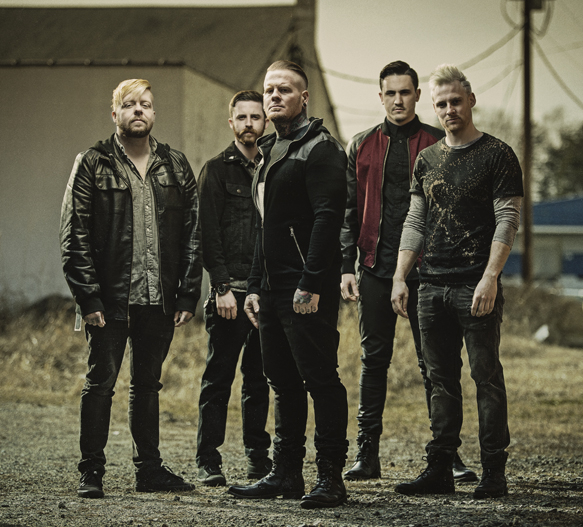 Tearing out of Greensboro, North Carolina, Failure Anthem is the quintessential hard-working Rock band. The brainchild of Guitarist and Producer Kile Odell, the band was merely a product in the works when all the pieces came together. With Ryan Nimmo on bass, Wil Andrews on guitar, and Zane Frye on drums, Failure Anthem was coming along well, but the missing link was the voice to resonate the heart of their sound, and a determined journey through YouTube pointed Odell in the direction of Vocalist JD Eubanks, a serviceman turned culinary artist and musician who was no stranger to the music industry. With Eubanks relocating back to the Carolina’s from Los Angeles to be closer to his family, he and Odell met up, and the rest is Failure Anthem. The band was signed to Razor & Tie in early 2015 and released their debut single, “Paralyzed,” which quickly began making the radio rounds. Now, the guys have released their debut album, First World Problems, and looking to establish themselves in an ever-bustling industry.

Opening with the title track, “First World Problems,” the album kicks off with crunchy guitars and gritty vocals that bursts open the door right away. Eubanks audibly digs into the chorus with ferocity and Frye’s drums are prominent and highlighted in this track. “The Ghost Inside” follows, exploring a different dynamic and experimenting with an intriguing arrangement and production that is both emphatic and emotive. This song has heart and tells the story of the poltergeists of relationships past that seem to haunt and linger long after the damage is done. A tried and true tale paying the ghost. The band’s breakout single, “Paralyze” brings new melodies to the forefront and explores a softer and more romantic side than has been seen in previous tracks. There is something hauntingly beautiful in the chords of the song that help make it not only amourous, but also infectious.

Continuing on the path of romance is “Here For Good,” a track that will likely make its way onto the playlist of a few wedding playlists this year. It is all about knowing and loving every good, bad, and ugly thing someone has done and hanging in there anyway, which is all anyone can truly ask for: a real-life partner and shelter in the storm. “Just A Wasteland” comes up from behind with its punchy percussion and soaring vocals as Frye and Nimmo pair up to give this echoic track some soul. It has got the taste of early “.45”-era Shinedown with and classic Seether-esque chaser. “Leap of Faith” brings more soulful sound with pronounced stringwork in the chorus via Odell and Andrews with melodies that glide across the track effortlessly.

The song “3am” comes in with unheard effect and melancholy compared to its predecessors. It is a story of guilt, disappointment, and shame that is orchestrated with stirring and affecting effort. “Carousel” spins the album on its head with an unprecedented sobriety that echoes through the heart in an emotionally impactful gut-punch that checks everything that came before it. This track is made even more moving by the use of acoustic strings, heavy piano, and the additional vocal accompaniment of Kelly Silver, a friend of the band. The duel vocals convey a heaviness that is beautiful and heartbreaking at the same time. If heartbreak had a theme song, it would be “Carousel.”

Then, in a spirited up-sweeping, comes “Savannah,” a story making the journey back through and respecting your roots, telling the listener it is never too late to go home, and you can never be too proud to say that it is what you want. “One Step at a Time” slowly rolls in as a story of regret at opportunities past, missed chances, and the possibility to change things little by little. “I Won’t Say Goodbye” bounces in with its sharp chords, heavy percussion, and established background effects. It lifts the tone and emotional heaft of the latter part of the record in a way that breathes new life into the dredges of its preceding tracks that carried a more somber tone.

Breathing new life into the radio Rock world, Failure Anthem’s First World Problems brings forward an album on which fans will not be disappointed from track to track. While the grouping of the dirtier and crunchier songs on the top half of the album followed by the solemness in the second half is a bit of a stark contrast, rounding out the album with “I Won’t Say Goodbye” brings the pace and energy back enough to not leave the listener lamenting. With quality diversity in the tracks and the experimentations with varying effects, Failure Anthem has brought back the “love every track” era of music, and we can only hope it marks the beginning of more incredible things to come. CrypticRock gives First World Problems 4 out of 5 stars. 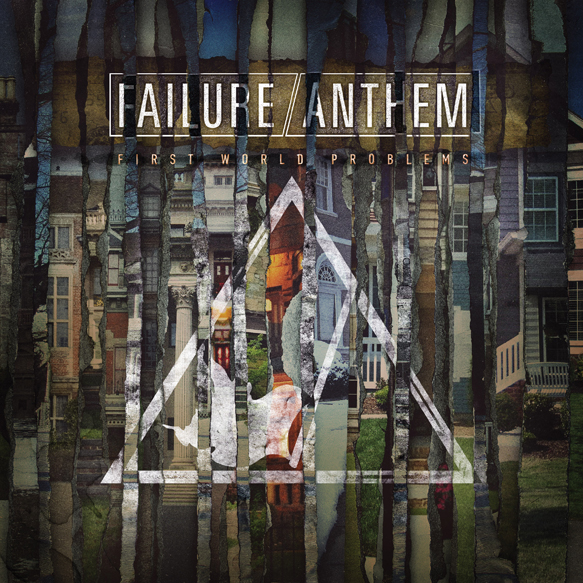