The month of April delivered the sweet vengeance of spring all over Southern California this year after Old Man Winter had given it a good beating for far too many weeks. This clearer weather tells folks to come out and play much more often, and the night of Wednesday, April 24th brought out quite a large herd of music fans to Hollywood Boulevard, welcoming Los Angeles based trio Failure back home for the final show of their U.S. tour with Swervedriver.

Sometimes compared to acts such as Nirvana or Soundgarden, Failure are known for bringing their uniquely spacey Alternative sound straight from the decade that held some of the genre’s greatest artists, the 1990s. Their latest album, In the Future Your Body Will be the Furthest Thing From Your Mind, is still a fresh one after its 2018 release, and brought the band out to the ever-so-charming Fonda Theatre to prove exactly how true blue some musicians can remain to themselves, as well as their fans.

Looking back, the U.S. tour kicked off seven weeks back, in Arizona, and made its way through major Southern cities before the return to the West coast, bringing along co-headliners and fellow ’90s veterans Swervedriver. Swervedriver, a quartet hailing from Oxford, England, are established among the Shoegaze spectrum of the Alternative Rock music category, having been spotted on the UK charts with numerous singles over the years. Their newest album, Future Ruins, came upon us just a few months ago in early 2019, making both Swervedriver and Failure alike when it comes to sharing new musical experiences.

Moreover, on the local end of things, Los Angeles own No Win were set to be on stage at a quarter to 8 PM sharp. As the crowd began to pour into the venue and get comfortable, the green vintage, velvet curtain hiding the stage was drawn back. Beyond the curtain, stood three band members ready to bring a taste of their own style to the people before them; a punkish swift kick of mellow Garage Rock sound and thoughtful lyrics. Spending three weeks out with Failure and Swerverdriver, No Win surely left a nice impression on those that caught a glimpse of the newly-formed group led by Vocalist Danny Nogueira.

Up next was Swervedriver. Together they kept the energy of a concert that one could seek out and find more easily in the past; when expectations could lie more so in watching your favorite artist play as they clearly and simply pleased. That said, it was also quite surprisingly refreshing to see a minimal number of smartphones held up in the crowd, making it all the better to enjoy the set with naked eyes and ears.

Starting off with a new song called “Mary Winter,” it was clear that the floaty, dream -like vocals and guitar riffs would get the packed crowd bopping in good spirits. As mentioned, originally hailing from Oxford, Vocalist Adam Franklin, Lead Guitarist Jimmy Hartridge along with Drummer Mikey Jones held the audience’s attention with a presence that spoke organically and carried indication of staying true to their sound.

Midway through the set they brought on the melancholy and thought-provoking title-track “Future Ruins,” creating a sense of communal vibes among the crowd who listened and swayed along. Then there was the highly rhythmic tune “Autodidact,” from Swervedriver’s 2015 post-reunion album release I Wasn’t Born to Lose You, followed by the 1993 track “Last Train to Satansville.” Both engaging, they easily reminded everyone how a contagious bass-line and groovy percussion can be found in the heart of great Indie Rock music as the band played on, reaching their last song, an uplifting ditty called “Duel.” Without a doubt it was clear the performance was enjoyed by new and original fans alike, but also by Sweredriver themselves. 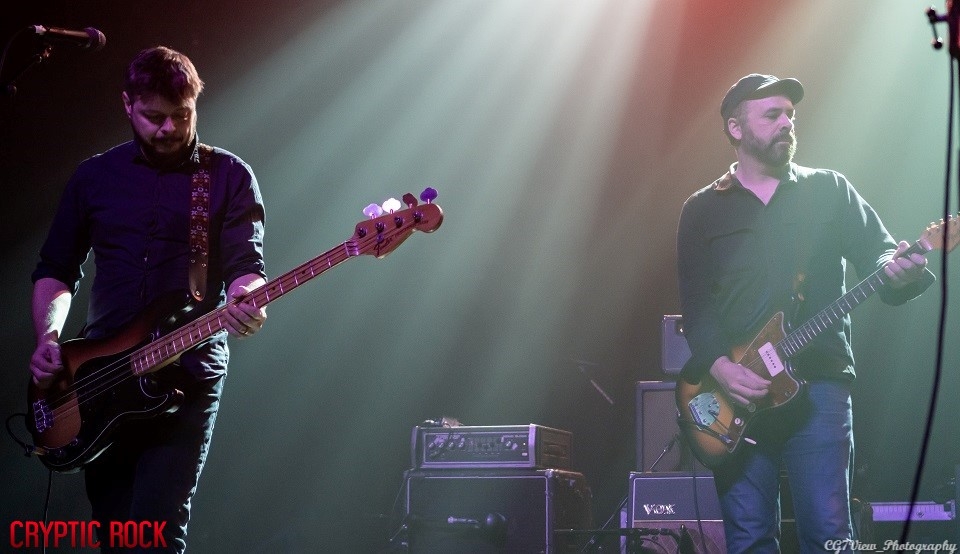 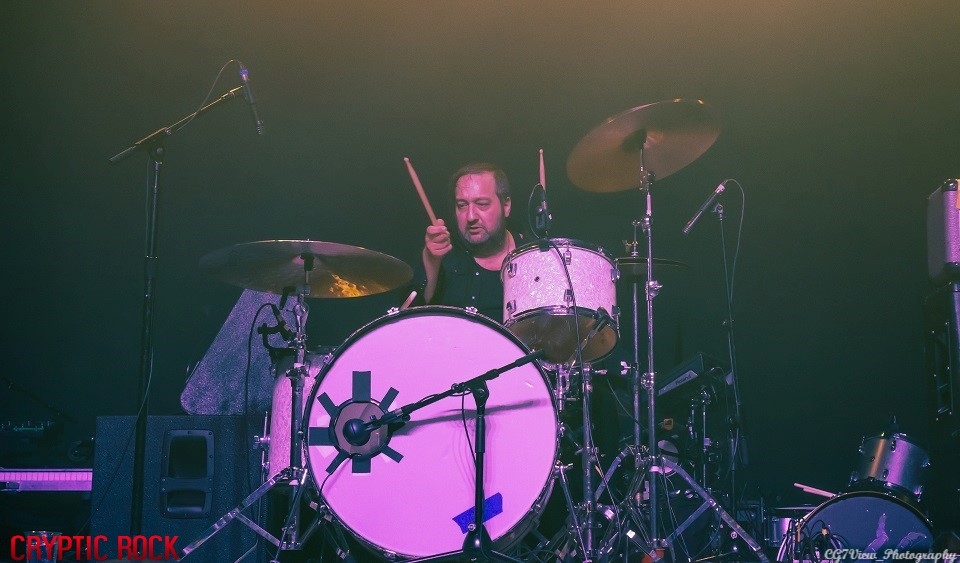 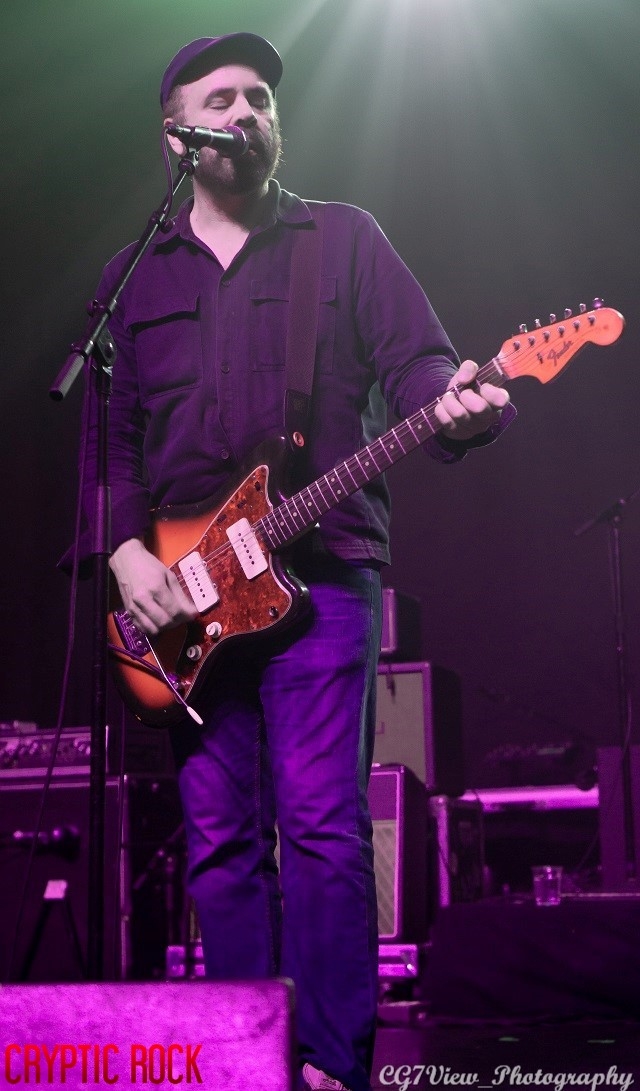 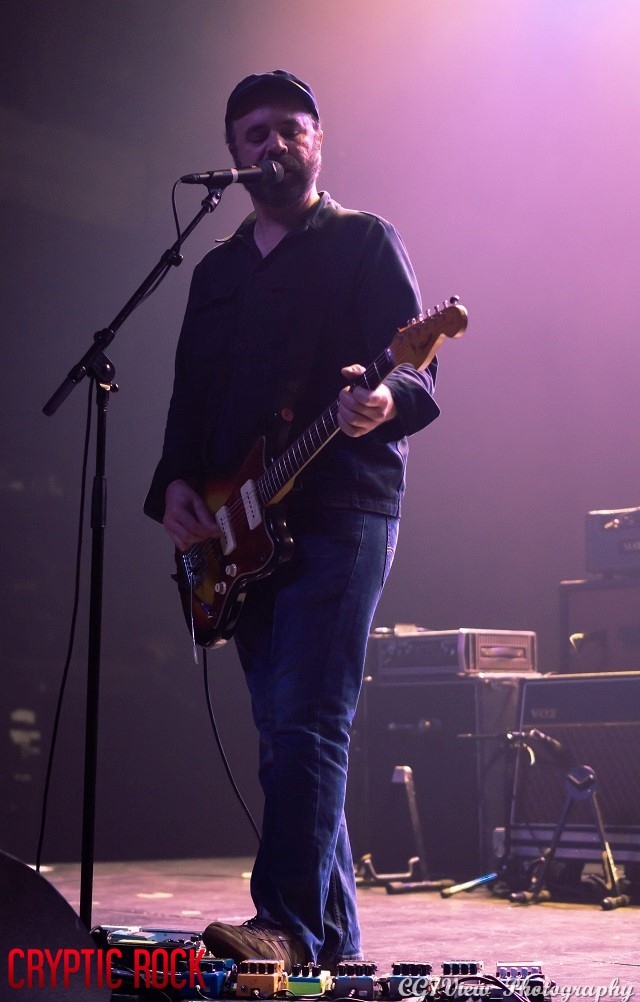 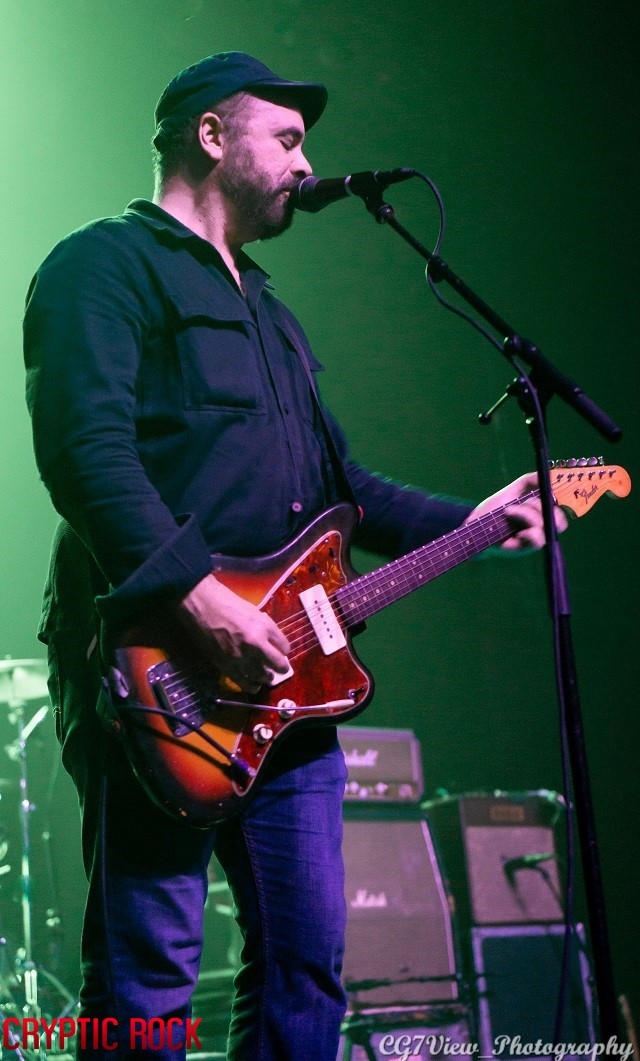 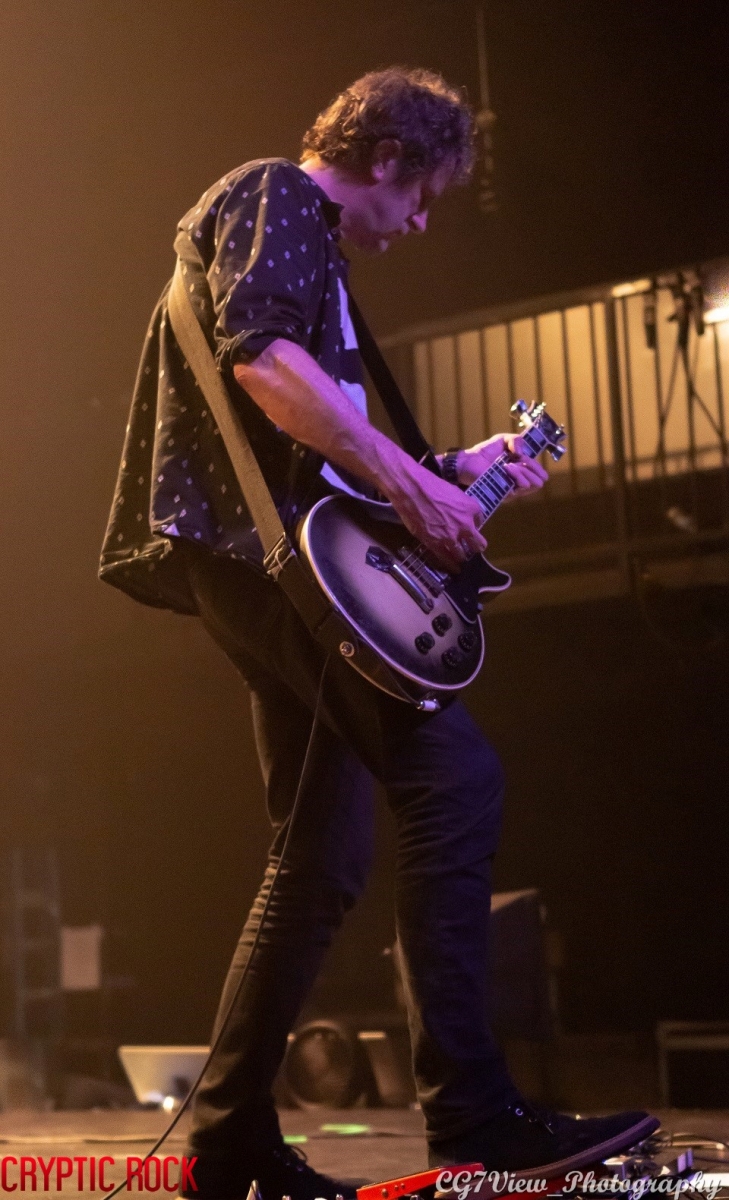 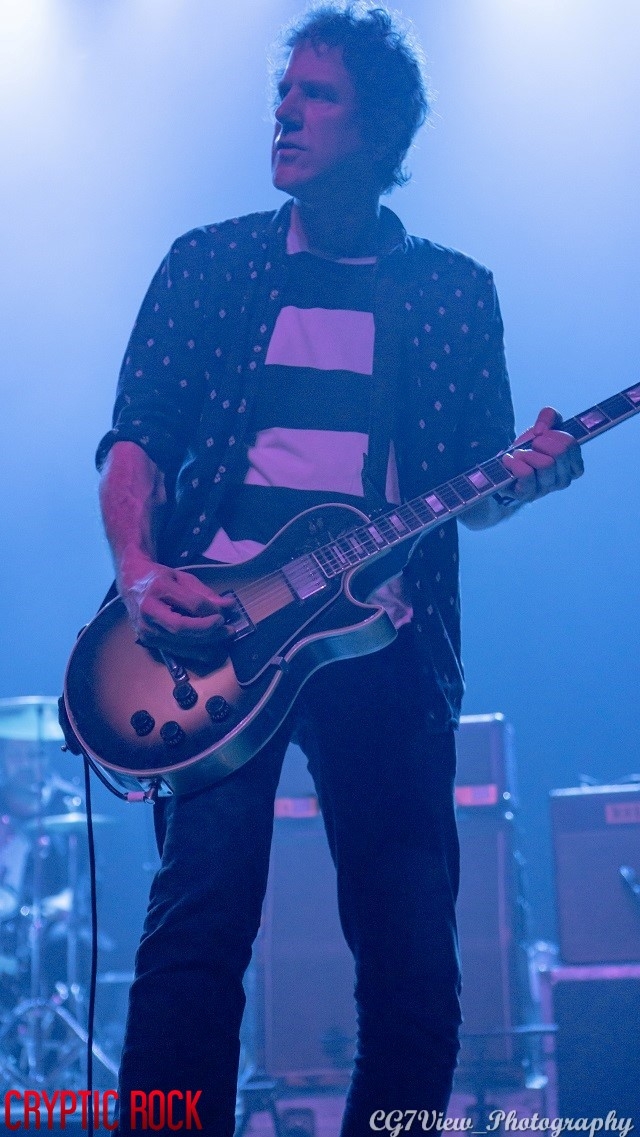 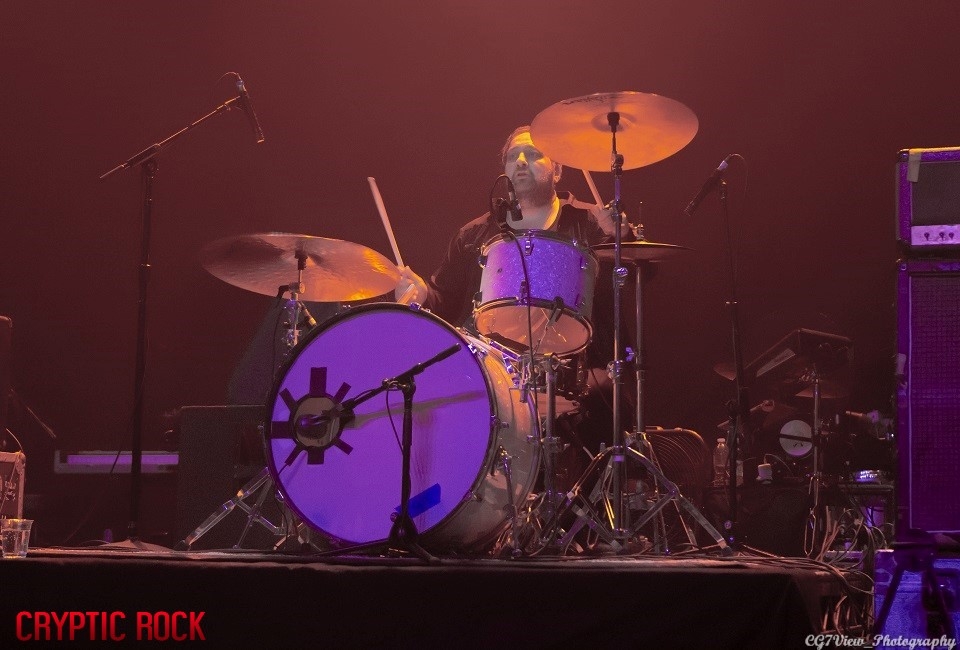 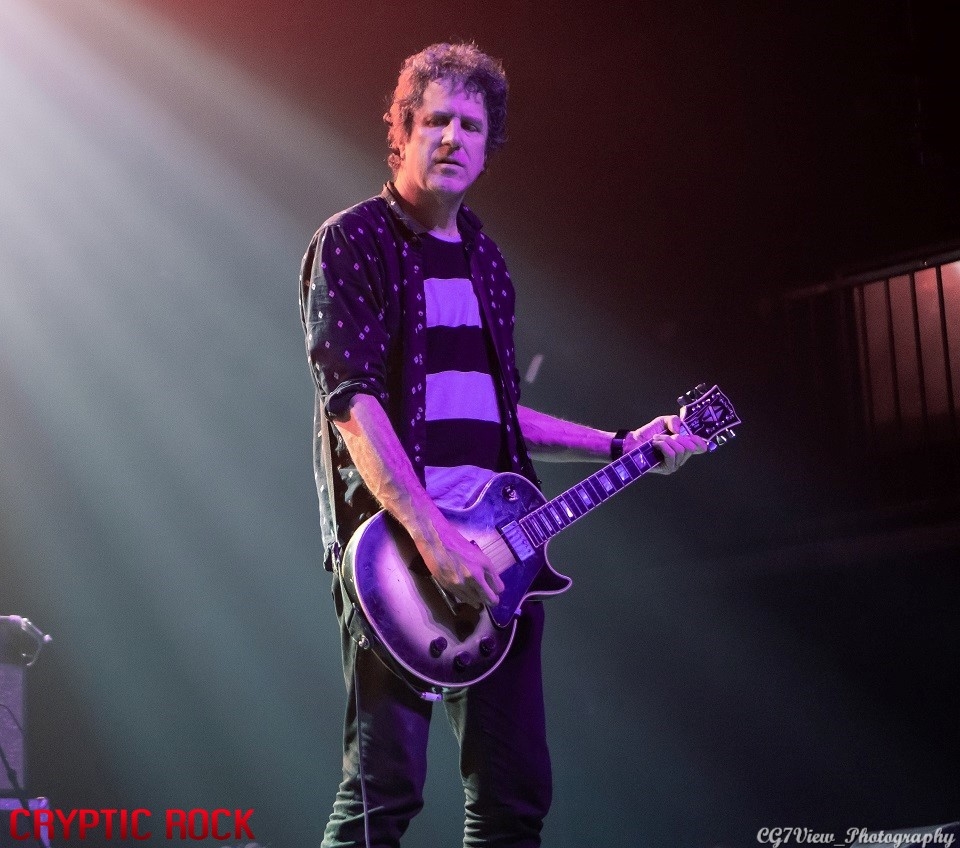 Gearing up for Failure, in between sets, jazzy Trip Hop music began to fill up The Fonda Theatre. Anticipation grew as time inched closer to reveal the beloved hometown band ready to grace the stage. Simultaneously the curtain began to move and was drawn back, as one fan standing front and center screamed “Oh my God! Finally!” in sheer excitement for the next hour and forty minutes that lay ahead.

A lengthy performance, “Segue 11’” was first up, kicking off the spacey and mysterious energy that would flow throughout the entire set of songs to come. “Solar Eyes” followed next, and afterwards there was “Distorted Fields” with its undeniable grunge-grimy guitar riffs that struck a nerve when it came to rocking out to Failure’s latest release. Moving on, the next song was vaguely introduced just after Vocalist Ken Andrews spoke aloud and told everyone “It’s so good to be back in our home town!” before giving a shout out to family and friends. “Do you citizens want to go on a space voyage with us?” he then asked as the trio went on to play “Another Space Song;” a favorite jam that falls under the oldie but very-goodie category.

Sticking to their 1996 Fantastic Planet album, with songs such as “Stuck on You,” there were a couple of occasions where a happy clap in the audience could definitely be heard louder than Andrews’ singing. Conveying a laid-back yet exciting vibe with selective strobe/laser lighting, Failure fashioned their talent as comfortable perfectionism, continuing to hold the crowd’s attention.

That in mind, their 2015 reunion LP, The Heart is a Monster, brought forth the sultry melody of “Counterfeit Sky,” which was especially well-received by the California folks that lit up their Mary Jane via joints and vape pens. Keeping everyone swaying, “The Pineal Electorate” come in with its daydreamy piano notes and sing-along lyrics as Greg Edwards appeared to be completely in his own zone on guitar. Soon after, Andrews was once again on the mic with an anticipated intro, and said, “Thank you so much, this is an awesome night for us… it’s audience participation time!” before going into an all-time favorite, “The Nurse Who Loved Me.” A track the one and only A Perfect Circle covered back in 2003, fans of both bands had a reason to smile about what their ears were hearing.

Closing it all out, the last song on the last night of the tour probably came much too soon for die-hard fans, friends, and band members alike as they played out with the Post-Grunge 1992 cut “Screen Man.” A great way to wrap things up, avid concert goer came to the realization these guys could make a lot of great noise for being a trio, living up to the rarity of sounding even better live than carefully made studio recordings.

For those that were there to witness such a fulfilling show on an average hump day, and the thousands of others that caught the tour on other dates, all were just as honored as Mr. Andrews said he was to be a part of some special music deliverance. While there are live streams of major music festivals and YouTube videos of our most beloved musicians out there, it is the real-life experience of seeing bands like Failure that was, and still is, the most truly unforgettable. 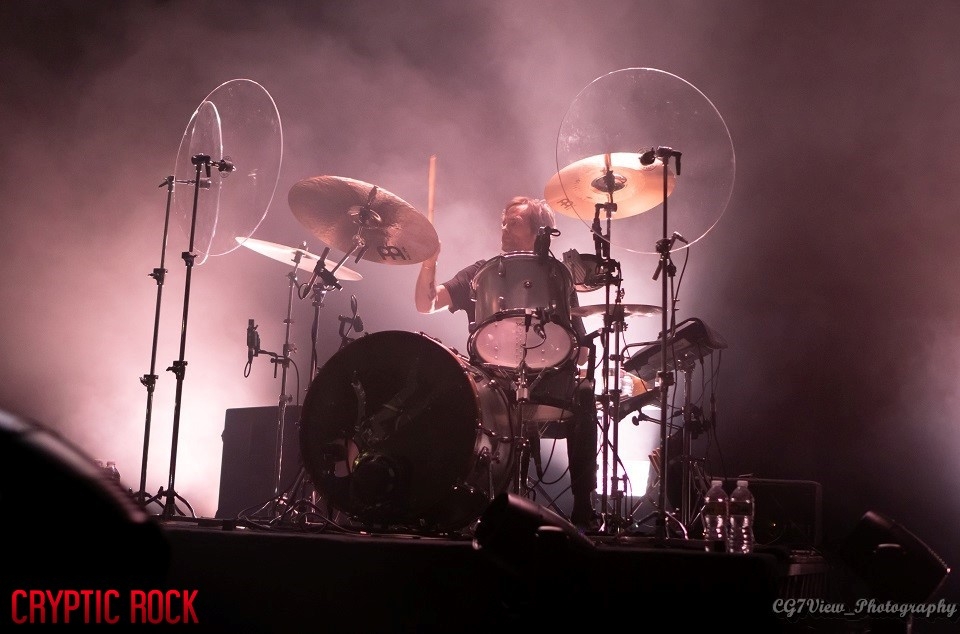 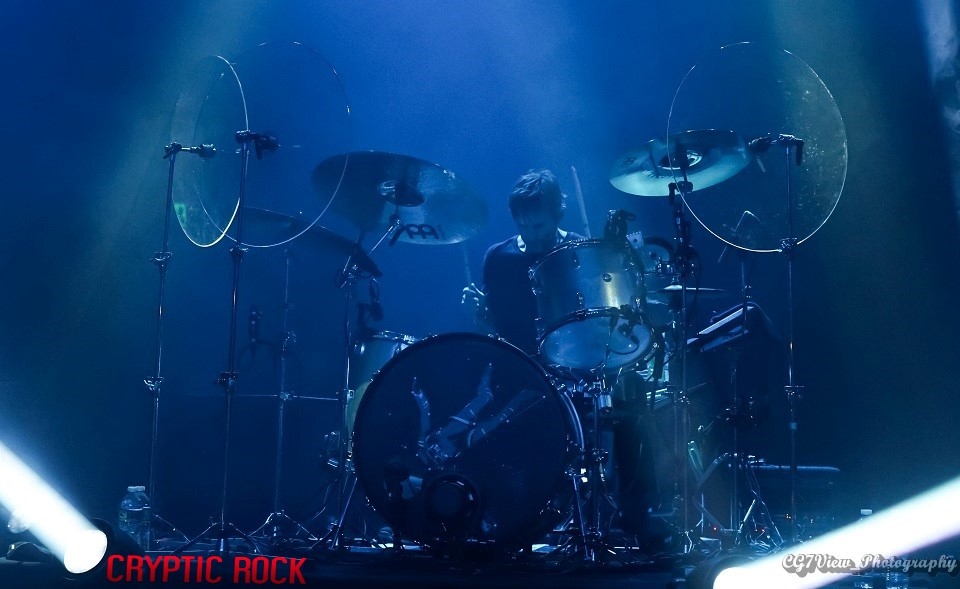 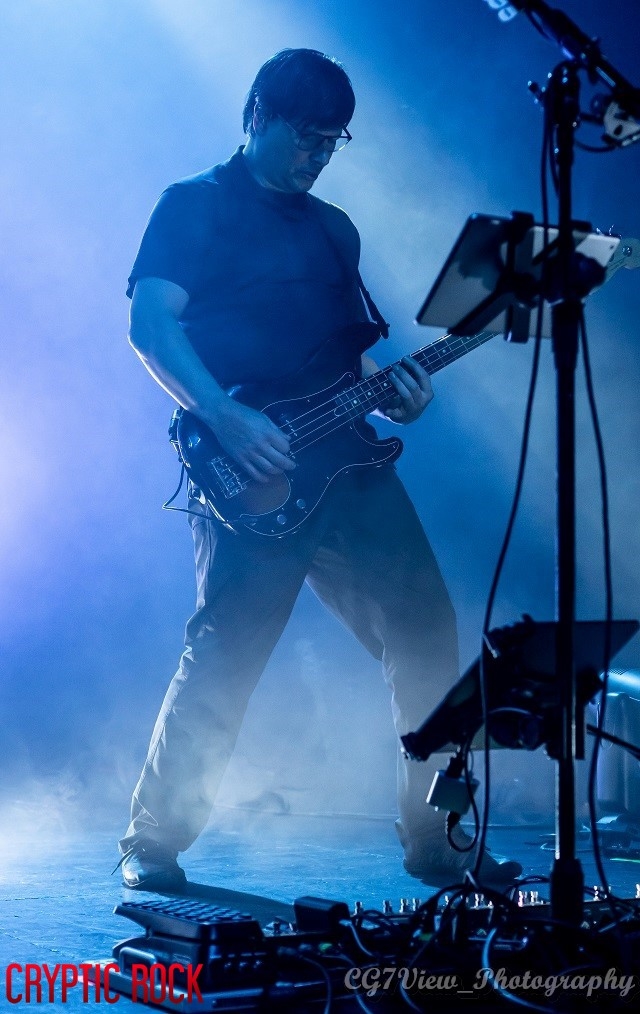 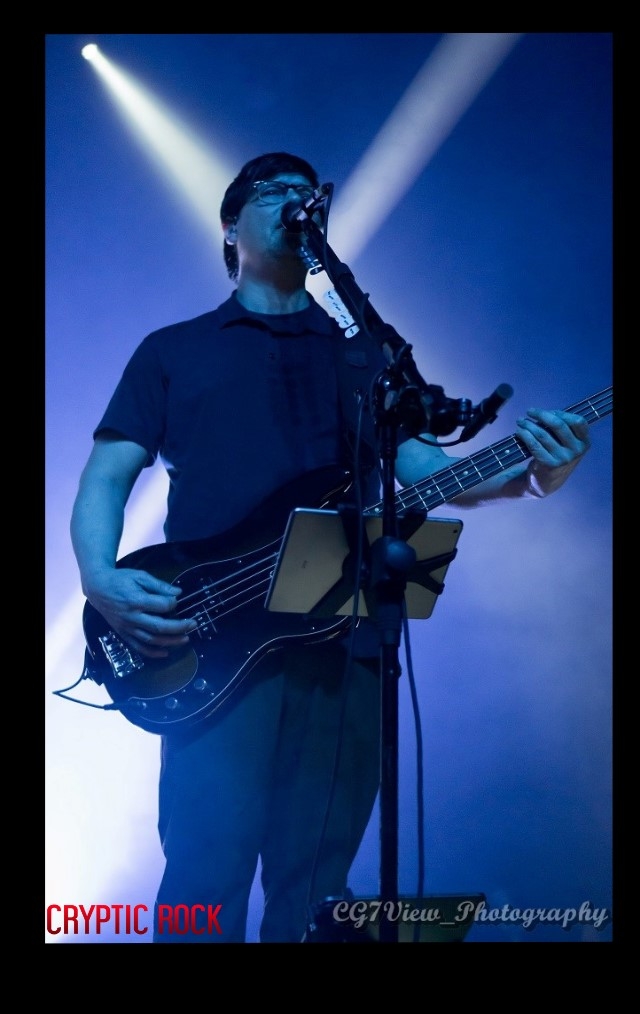 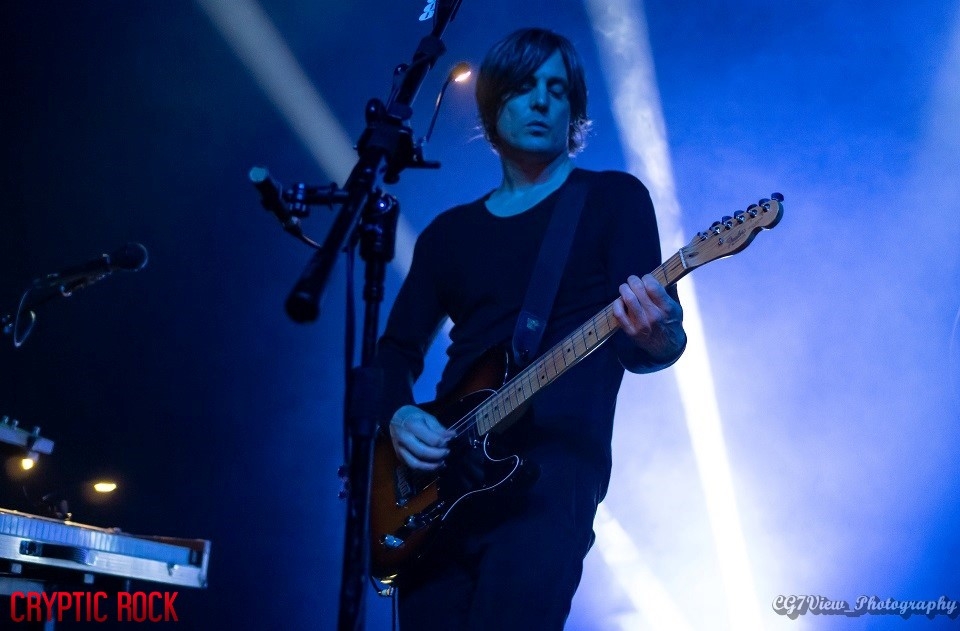 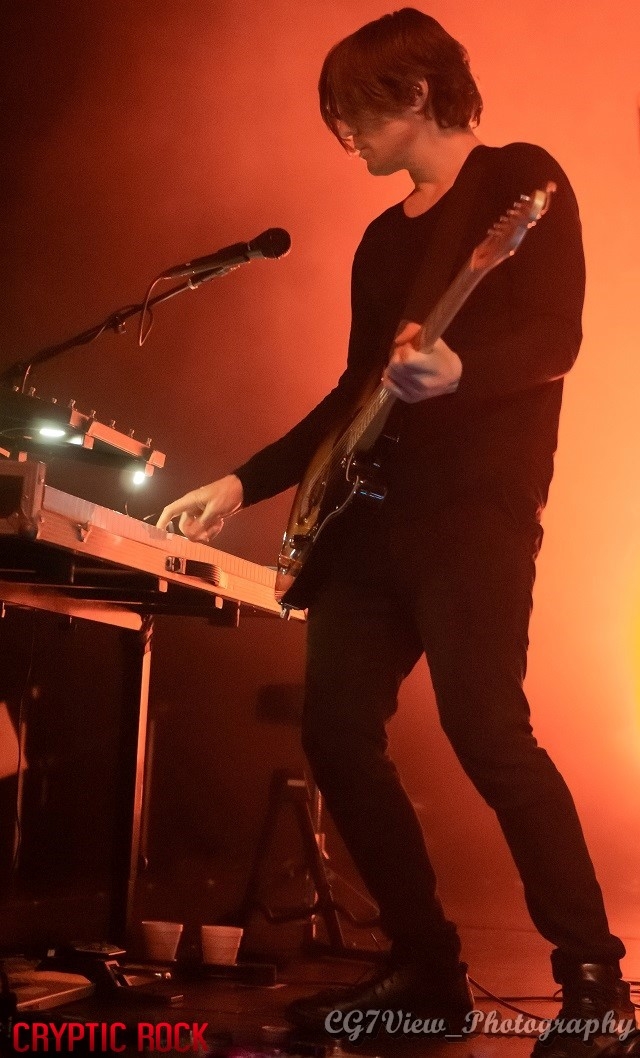 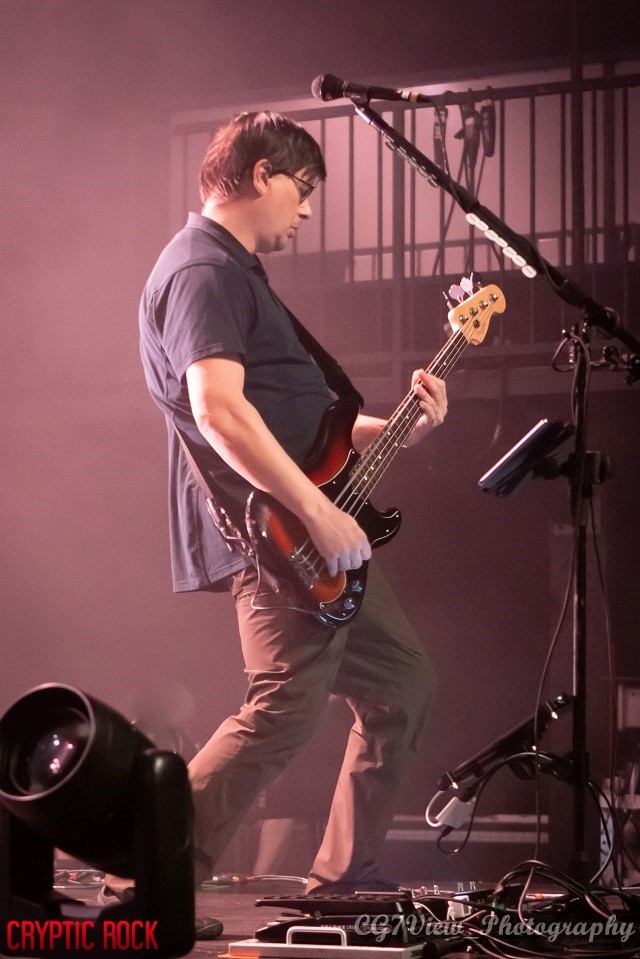 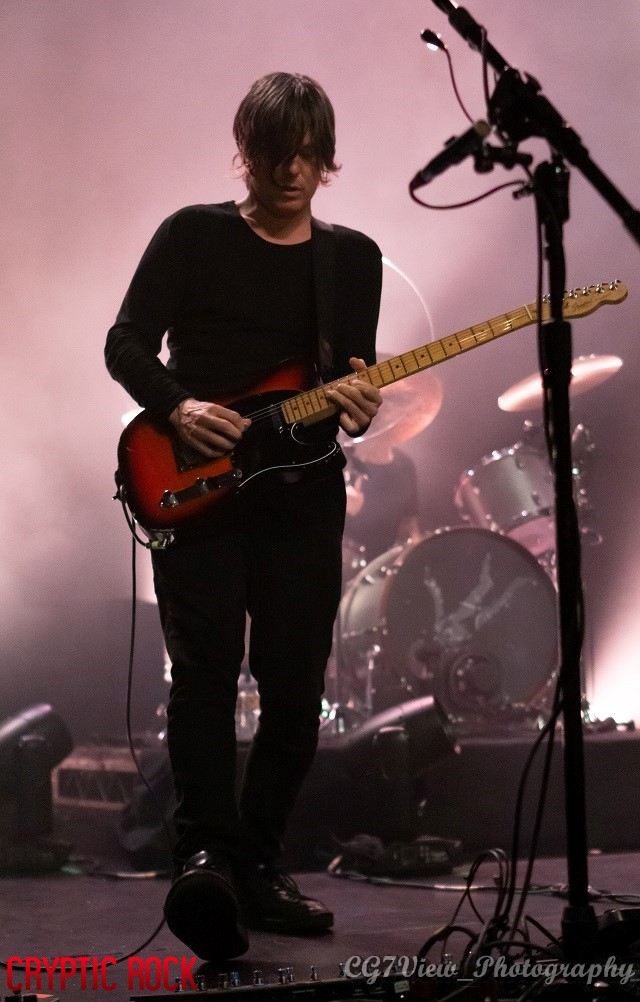 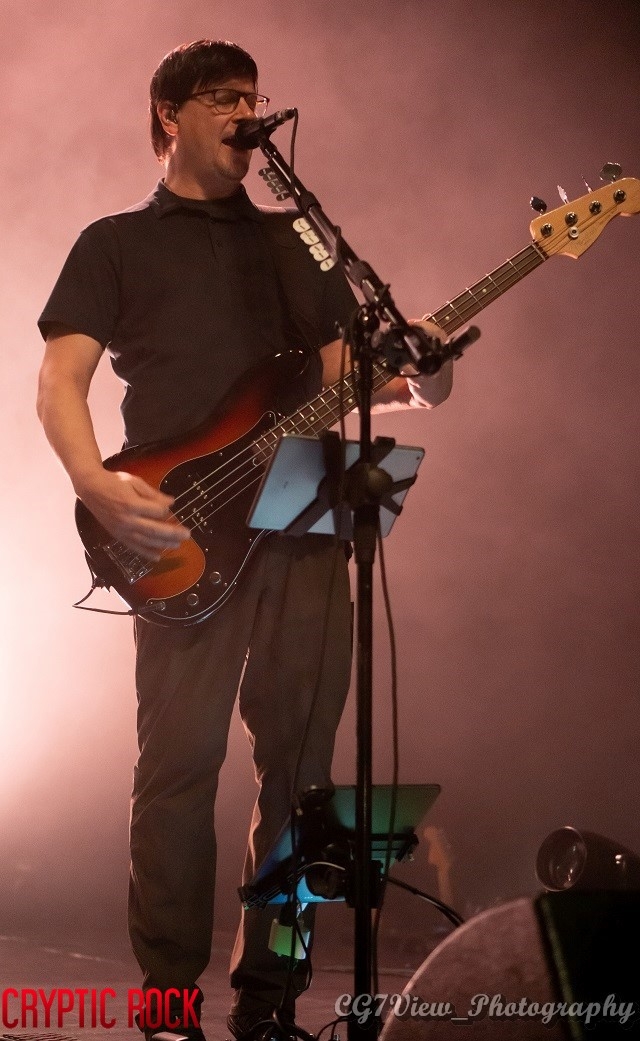 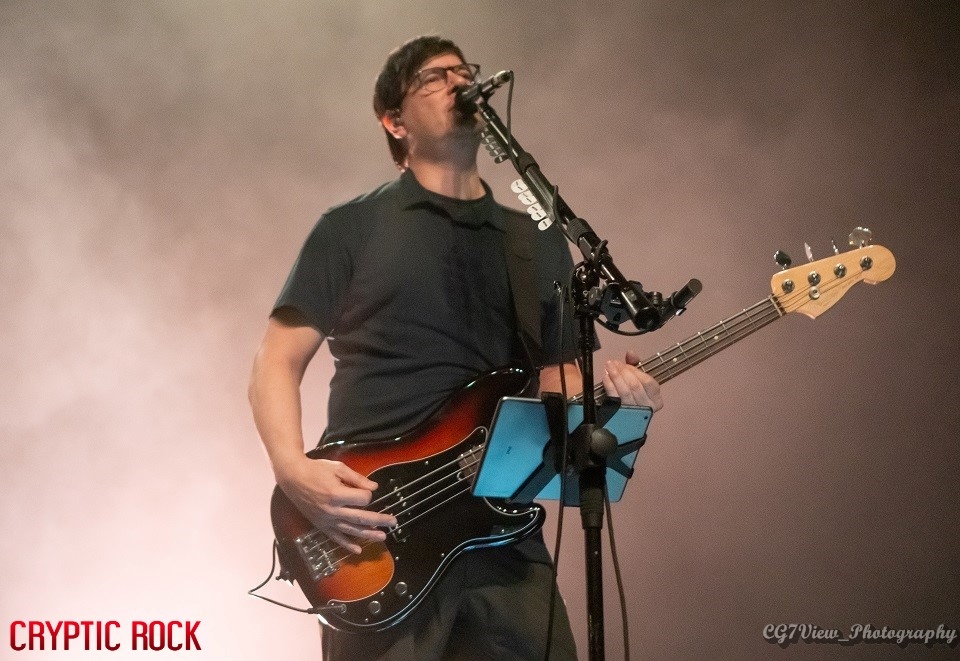 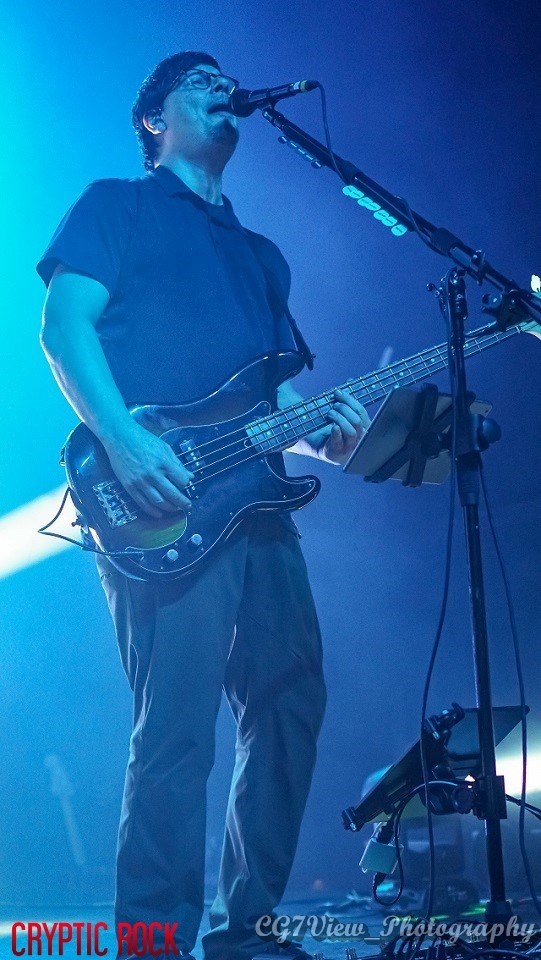