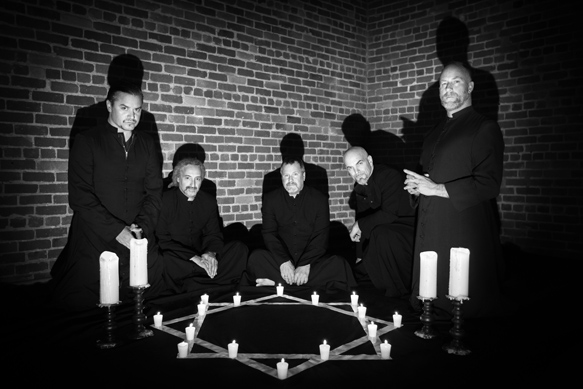 Faith No More has returned! Honestly, just the statement alone should suffice for reason to rush out to the local CD store, Apple Store, etc. to purchase anything and everything Mike Patton (vocals), Mike Bordin (drums), Roddy Bottum (keyboards), Billy Gould (bass), and Jon Hudson (guitars) put out. Having risen from California’s Bay area in the early 80s; AKA the region which brought the world Metallica, Possessed, Testament, Death Angel, and many more, Faith No More was a movement unlike any other the area had seen at the time. The other bands mentioned brought a rise to a whole genre we know today as Bay Area Thrash Metal, Faith No More, however, went down a whole new route, while still being not only accepted but revered by the scene itself. It is noted in their anthology album, Who Cares A Lot, that one of the biggest frequenters to Faith No More shows was none other than James Hetfield of Metallica.

In 1989, while Glam Metal was king and “Alternative” Rock was only beginning their rise, Faith No More released an album well ahead of the curve entitled The Real Thing. One would think an album which featured no spandex, eyeliner, nor tracks about last night’s groupie orgy would have failed miserably in the decade over consumption. Instead the album shook the musical foundation, won the hearts of millions of fans worldwide, and the only people pissed off were PETA over the passing of…wait for it…a goldfish. Just as fans were getting used to the soundtrack delivered from The Real Thing, getting hooked to the unforgettable riffs and Mike Patton’s incomparable vocals, came 1992’s Angel Dust. To this day many fans and critics argue this was Faith No More’s best work, while that is in the eye of the beholder, it can certainly be agreed it was diversely different from anything the band had released before, one dare say it was their boldest experiment. For an album that was much less commercially palatable, it produced some of the best singles of the 90s with “Midlife Crisis,” “Small Victory,” and everyone’s favorite mantra, “Aggressive.”

While the band’s next two releases; 1995’s King For a Day…Fool For a Lifetime and 1997’s Album of the Year were given zero play by the likes of MTV and mainstream radio, the only point that proved was that neither were ready to truly support a band who refused to stick to formula and that was not interested and allowing their music to assist in selling Pepsi products or Air Jordans. Shortly after those genius releases, the band, for whatever reasons, called it quits, and so ended an era of one of music’s most inspiring bands, or was it? In 2009, the band brushed aside any issues and reformed for a few select festival dates, the only one in the US was California’s Coachella Festival. Fans were rabid and clamoring for new material. When asked if any were in the works, Patton responded with, “…there’s a lineage of bands that maybe did some nice things and then needed the cash and got back together and basically just sprayed diarrhea over their entire body of work. We’re very worried about that. We don’t want to overdo it.” Two-thousand and fifteen brought fantasy to reality with the band’s first release since 1997, entitled Sol Invictus (translated to Unconquered Sun), and what a hell of a reality it has been.

As mentioned before, Faith No More was never one to care for conventional wisdom, and sticking with the times was anything but what they ever went for, so in an age of pure formula and “different doesn’t sell,” what would FNM do? What they did was take conventional approach and “sprayed diarrhea all over its entire body of work.” From the ominous piano intro, to the title track “Sol Invictus,” coupled with Mike Patton’s variant vocals, will get any hardcore Faith No More fan to realize the wait is indeed over. That moment of reflection is quickly shattered and shelved as the next track “Superhero” blitzes through the speakers in a flurry of orchestral keyboards, punishing guitars, and a reminder of why Mike Patton still remains one of the most diverse and perfectly executing singers. With references in the lyrics to a superhero lost in a god-like state, one has to wonder if the upcoming 2016 film Superman Vs. Batman will be seeking it out to be on their soundtrack (if this was not thought of until this article, CrypticRock would like a piece of that royalty check please Mr. Snyder).  As the album courses into its third track, “Sunny Side Up,” one truly is whisked away to that nonchalant meets Ted Bundy style like Angel Dust’s creepy yet highly addictive “R.V.” The aspect of this album that separates it from anything else recently released is when bands return they usually look to connect in some way to the sound of the modern era, count on Faith No More to give that idea a middle finger as they go on their own path. From start to finish, this album does not even remotely soil the band’s previous body of work, quite the contrary actually as it is the ultimate homage to everything and anything the band has been from inception to today.

These are the types of bands that as rare as they are, they keep the most skeptical of music fans believing that the true beauty of musical arts are far from over. While still delivering unforgettable live shows and the release of one of the best albums in the last decade, it is clearly visible that Faith No More is not going anywhere anytime soon. Having wrapped up their first set of tour dates, the band is only just beginning the next stage of their tour, things have only begun to get real interesting. Perfectly executed music and a strong nod to their past, CrypticRock gives Sol Invictus a perfect score of 5 out of 5 stars for one of this year’s best releases. 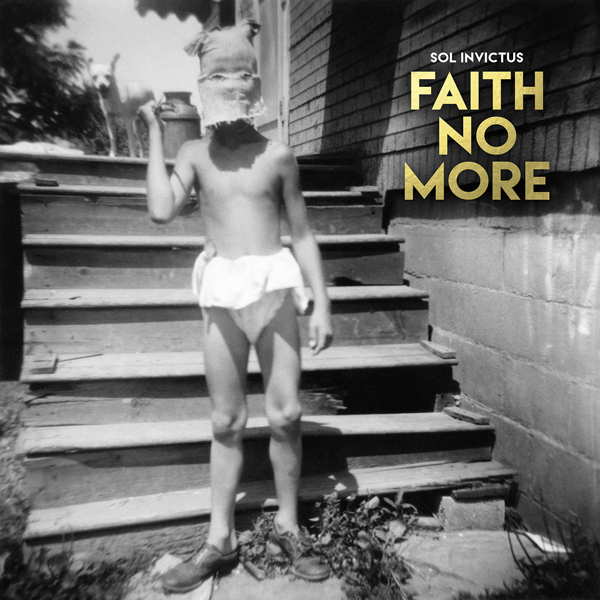